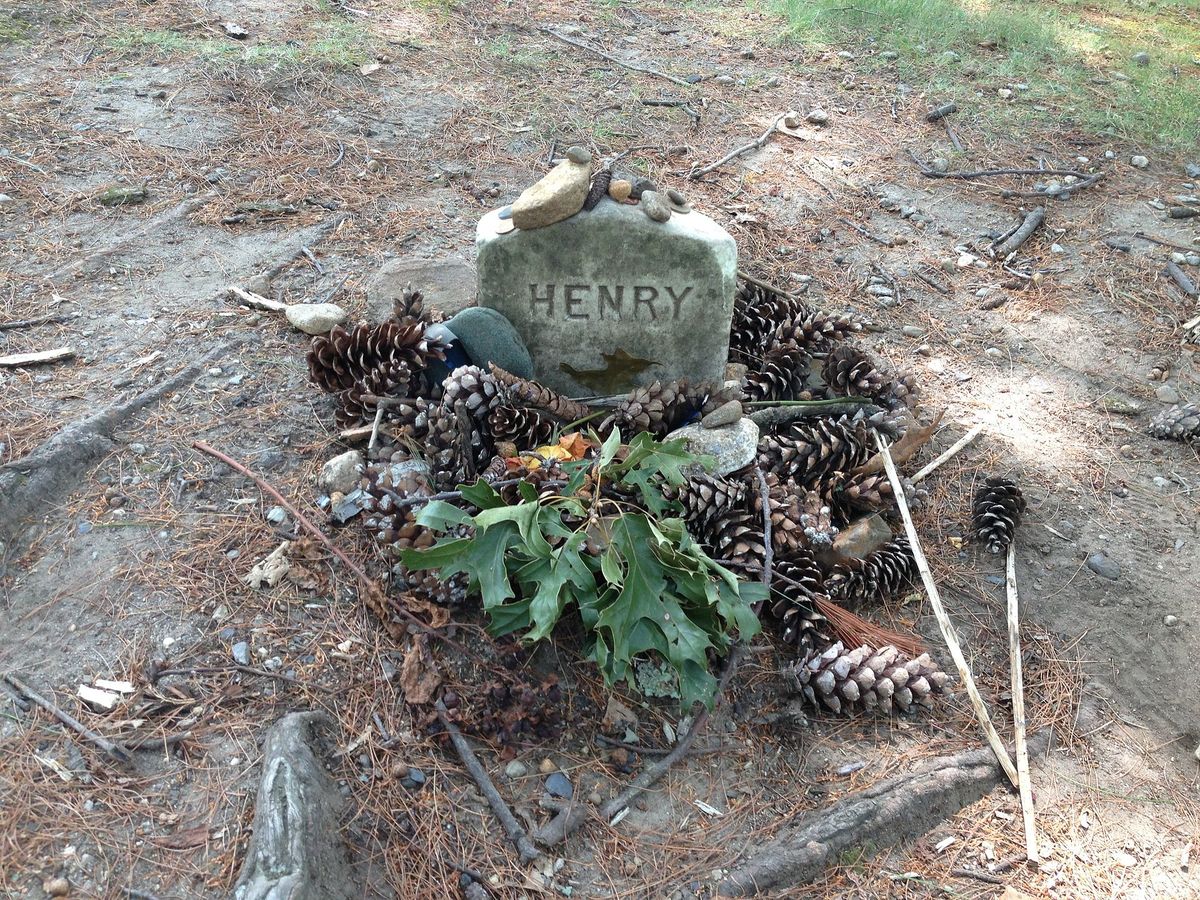 Henry David Thoreau has inspired generation of Americans to live fuller, freer lives. From his story of spending a night in jail as a tax protestor in “Civil Disobedience” to his chronicle of solitary living in Walden, Thoreau reached higher ground by going against the herd.

I was enthralled when I first read Thoreau when I was 18 and his prescriptions for simplicity and frugal living quickly became my lodestars. Thoreau wrote, “The cost of a thing is the amount of life which is required to be exchanged for it, immediately or in the long run.” The fewer things I purchased, the more time I controlled. Thoreau helped me recognize that personal independence depends more on how you live and what you value than on your income. Thoreau also seemed to incarnate the doctrine of self-reliance that his friend, Ralph Waldo Emerson, preached.

After I decided to become a writer, my enthusiasm for Thoreau and Emerson helped sway me to move to Boston, where I expected to find endless intellectual stimulation. As a 21-year-old college dropout from the mountains of Virginia who had just sold his first article to a political magazine, I assumed I could easily rack up more sales living in the big city. No such luck: my submissions struck out everywhere.

But I still had Thoreau’s great admonitions, right? Alas, philosophical gems were not legal tender when rent was due.

In his final essay, “Life Without Principle,” Thoreau gravely warned: “The ways by which you may get money almost without exception lead downward….. A man had better starve at once than lose his innocence in the process of getting his bread.”

I took a less dogmatic view on the value of innocence. When the financial wolves howled at my door, I enlisted to serve as a Santa Claus at a Filene’s Department Store. If wearing a gaudy red suit and fake whiskers harmed my character, the damage was hidden by the padded pillow I wore on my belly. Likewise for the giant rabbit costume I wore as part of a Beatrix Potter promotion. Admittedly, that outfit terrified some children but it wasn’t my fault that the rabbit’s bulging, bloodshot eyes and canine grimace made me look like the Cottontail from Hell.

Thoreau proclaimed, “You cannot raise money enough to hire a man who is minding his own business.” I found it easier to “mind my own business” with a few portraits of Andrew Jackson and Alexander Hamilton in my pocket. I worked one day at the Boston freight yards unloading a rail car of Idaho potatoes. I enjoyed heaving 50-pound boxes onto pallets but couldn’t get regular pre-dawn transit to the rail yards.

Thoreau scoffed, “To have done anything by which you earned money merely is to have been truly idle or worse.” I could not afford such a broad definition of “idleness.” After Boston got walloped by three feet of snow in the Great Blizzard of 1978, I heard that a nearby campus was paying $4 an hour (equivalent to $16 an hour now) for snow shovelers. I hustled through snowdrifts, got the gig, and spent almost two days around the clock excavating the white stuff. I finally caught up on rent plus I could brag about doing “path-breaking work at the Harvard Business School.”

I failed to get the one Boston job that my soul craved: carrying a sandwich board down city sidewalks – just like in the 1930s Three Stooges reels. (OK, so I didn’t want to be a surveyor like Thoreau.) The employment agency had already filled that position but the boss lady cajoled me into taking a typing test. My words-per-minute score assured me plenty of assignments, including a brief stint at WGBH, a public TV station that petulantly refused to credit temp typists in television production credits. But at least I could add “Kelly Girl” to my resume.

Thoreau believed daily life should be a fervent, hallowed pursuit of truth and lamented people who lacked a “high and earnest purpose.” He proclaimed: “Our whole life is startlingly moral. There is never an instant’s truce between virtue and vice.” Personally, I called a truce when it was time for a beer or bantering with Bostonian women who weren’t too wacky. I had no trouble partitioning my life between what I did to earn a buck and other times spent reading, writing, and rabble-rousing. Regardless of Thoreau’s admonitions, I always knew that if you couldn’t afford booze and condoms, your income was too damn low.

Hustling between odd jobs permitted me to survive at a time when my ego may have been more visible than my talent. If I had waited for Bostonians to recognize and reward my intrinsic worth, I would have missed even more meals than I did. But I could find enough folks who appreciated my ability to shovel and to type and to guffaw that I survived Beantown. (It probably helped that I didn’t show employers any of my seditious writings.)

But Thoreau did provide the benchmark for getting the hell out of Massachusetts. In his final essay, Thoreau declared: “There is no more fatal blunderer than he who consumes the greater part of his life getting a living.” I was blundering big time in Boston. I had not found a way to support my literary habit that did not consume far too much of my time. Rent alone routinely required more than a week’s work and everything else seemed to cost more than it should. I moved back South to a college town and set up a typing business that enabled me to earn enough money in a grueling 16-hour work day to cover a month’s rent – which was barely half as much. Ironically, the last article I submitted before exiting was accepted and published by the Boston Globe after I left town.

In the final chapter of Walden, Thoreau implores readers: “Cultivate poverty like a garden herb, like sage. Sell your clothes and keep your thoughts.” I treasured my thoughts but knew that I’d think better if I wasn’t bare-assed. Philosophy is no substitute for protein. Regardless of Thoreau’s adoration of rice, I needed red meat to feed whatever muse I might have. Rather than “cultivating poverty,” I recognized that “cash-flow” can be the most important verb for a struggling writer.

The Mises Institute published an earlier version of this piece.