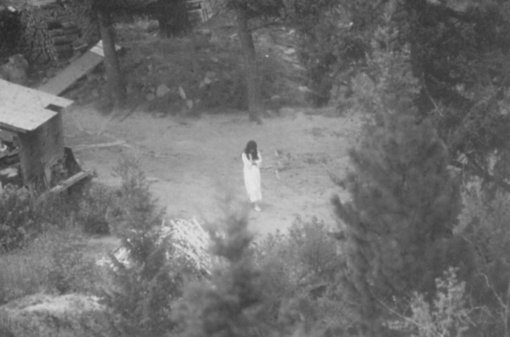 After violence in Charlottesville last August, a Washington Post article asserted that alienated right-wingers had “sparked the deadly standoff in Ruby Ridge, Idaho” in 1992.  Ruby Ridge has recently been invoked by many people to show the need for federal crackdowns on dangerous extremists.  Unfortunately, the mainstream media has largely forgotten – or expunged – the federal misconduct and deception that permeated that showdown.   But it is difficult to comprehend the fear that many Americans have of the government without reconsidering Ruby Ridge.

Randy Weaver and his family lived in an isolated cabin in the mountains of northern Idaho. Weaver was a white separatist who believed races should live apart; he had no record of violence against other races — or anyone else. An undercover federal agent targeted him and entrapped him into selling a sawed-off shotgun. The feds sought to pressure Weaver, who often indulged in anti-government bluster, to become an informant against the Aryan Nation, but he refused.

After Weaver was sent the wrong court date and (understandably) failed to show up, the feds used any and all means to take him down. Idaho lawyer David Nevin noted that U.S. “marshals called in military aerial reconnaissance and had photos studied by the Defense Mapping Agency. They prowled the woods around Weaver’s cabin with night-vision equipment. They had psychological profiles performed and installed $130,000 worth of long-range solar-powered spy cameras. They intercepted the Weavers’ mail. They even knew the menstrual cycle of Weaver’s teenage daughter, and planned an arrest scenario around it.”

On August 21, 1992, six U.S. Marshals outfitted in full camouflage and carrying machine guns trespassed onto the Weavers’ property. Three marshals circled close to the Weaver cabin and threw rocks to provoke the Weavers’ dogs. As Weaver’s 14-year old son, Sammy, and Kevin Harris, a 25-year old family friend living in the cabin, ran towards the barking, a marshal shot and killed a dog. Sammy Weaver fired in the direction those shots came from. As he was leaving the scene, a marshal shot him in the back and killed him. Harris responded by fatally shooting a federal marshal who had fired seven shots in the melee. (The U.S. Marshals Service later gave its highest valor awards to the marshals who carried out the ambush.)

The FBI decided that Weaver was such a bad person that the Constitution no longer applied. Snipers from the FBI Hostage Rescue Team were sent in the next day and ordered to shoot to kill any adult male outside the Weaver cabin. The rules of engagement epitomized federal overreach against citizens whom the government despised. A 1997 federal appeals court decision derided the rules as “a gross deviation from constitutional principles and a wholly unwarranted return to a lawless and arbitrary wild-west school of law enforcement.” A 2001 federal appeals court ruling noted that “a group of FBI agents formulated rules of engagement that permitted their colleagues to hide in the bushes and gun down men who posed no immediate threat. Such wartime rules are patently unconstitutional for a police action.”

On August 22, 1992, FBI sniper Lon Horiuchi shot Randy Weaver in the back after he stepped out of his cabin. As he struggled to return to his home, Horiuchi shot and killed Vicki Weaver, who was standing in the cabin door holding their 10-month old baby. A confidential 1994 Justice Department task force report was appalled that people were gunned down before receiving any warning: “The absence of a [surrender demand] subjected the Government to charges that it was setting Weaver up for attack.”

Weaver and Harris, who never fired any shots at FBI agents, surrendered after an 11-day siege. At their 1993 trial, federal prosecutors asserted that Weaver long conspired to have an armed confrontation with the government. The feds made the bizarre claim that his moving from Iowa to a spot near the Canadian border in 1985 was part of that plot. U.S. Marshal Dave Hunt, in later congressional testimony, repeatedly stressed that Weaver had criticized the federal government as a “lawless government.” Did federal agents feel compelled to silence any citizen who publicly proclaimed that the government is lawless?

An Idaho jury found Weaver not guilty of almost all charges and ruled that Harris’s shooting of the U.S. Marshal was self-defense. Federal Judge Edward Lodge released a lengthy list detailing the Justice Department’s and FBI’s misconduct and fabrication of evidence in the case.

In January 1995, FBI chief Louis Freeh announced that the FBI had completed its self-investigation, which effectively confirmed that the bureau was still immaculate. Writing in the Wall Street Journal and Washington Times, I bashed that ruling and the continuing cover-up. Freeh responded by denouncing my “misleading or patently false conclusions” and “inflammatory and unfounded allegations.”

In the summer of 1995, the FBI and Justice Department’s elaborate cover-up unraveled. (I acquired a copy of a damning 542-page confidential Justice Department report on Ruby Ridge and highlighted its findings in the Wall Street Journal.) A top FBI official was sent to prison for destroying key evidence. The feds in 1995 paid the Weaver family $3 million to settle their wrongful-death lawsuit.

When Boundary County, Idaho, sought in 1998 to prosecute the FBI sniper who killed Vicki Weaver, the Clinton administration torpedoed their lawsuit by invoking the Supremacy Clause of the Constitution (which blocks local and state governments from challenging federal power). Seth Waxman, the Solicitor General of the United States, absolved the FBI agent because “Federal law-enforcement officials are privileged to do what would otherwise be unlawful if done by a private citizen.” Federal judge Alex Kozinski was dumbfounded by Waxman’s claim, asking, “`If the Constitution does not provide limitations for federal agents’ actions, then what does?”  Waxman did not have a good answer but, despite Kozinski’s eloquent dissent, the federal appeals court rode to the rescue of the FBI killer.

Most of the media coverage nowadays forgets that in the 1990s, Ruby Ridge was not simply a right-wing cause: the American Civil Liberties Union joined the National Rifle Association in condemning federal misconduct. CounterPunch’s Alexander Cockburn and Jeffrey St. Clair also slammed federal abuses at Ruby Ridge.

Fear of another round of Ruby Ridge-style executions haunts many anti-government protestors, especially out West.  In the 2014 Nevada showdown between federal agencies and ranchers, the Bundy family faced federal conspiracy charges (among other charges) because they summoned militia to defend them after claiming FBI snipers had surrounded their ranch. The FBI spent three years denying that their snipers were on the scene around the Bundy property, and Justice Department lawyers perennially scoffed at this claim. Late last year, the feds were forced to admit that snipers were there before the confrontation spun almost out of control.  Federal judge Gloria Navarro denounced prosecutors’ “flagrant misconduct” and dismissed all charges. After the case was thrown out of court, Ammon Bundy reviled the feds: “They basically came to kill our family, they surrounded us with snipers. And then they wanted to lie about it all like none of it happened. And they were caught.”   The mission of the snipers around the ranch was unclear – or unproven – but it is understandable that their targets did not assume they had benign intent.

The specter of Ruby Ridge also drove the prosecution’s tactics in the Bundy case.  A Justice Department brief last month revealed that prosecutors dreaded jury nullification – “not guilty” verdicts due to government abuses.  That spurred prosecutors to suppress or wrongfully withhold thousands of pages of evidence that profoundly undermined the federal case. “They feared jury nullification, they got judge nullification,” as one online commenter quipped.

Political denunciations of extremism are no substitute for compelling federal agencies to obey the law and the Constitution.  As long as many Americans believe that FBI snipers have a license to kill, they will assume the worst when federal agents are deployed.  And as long as the Justice Department prattles about the privileges of federal agents to act unlawfully, the government deserves all the cynicism it reaps.