Save the Saffel Wolf Pack There’s an old saying about the definition of insanity: doing the same thing over and over and expecting different results. In the West, this could easily apply to public lands ranching and predator management. Ranchers want the predators gone to protect their bottom line but predators are a key part of ecosystem health and are critically important to the natural function of the nation’s public lands.

In the case of the Mexican gray wolf, the livestock industry succeeded in exterminating them from the U.S. and darn near caused them to go extinct. The last five wolves – four males and one female – were caught in Mexico in between 1977 and 1980 and the entire species (Canis lupus baileyi) was brought back from the brink through captive breedingand ultimately, release into the wilds of Arizona and New Mexico under the recovery mandate of the Endangered Species Act. The Mexican wolf recovery program has had its ups and downs, but after 22 years is still being mismanaged to appease public lands ranchers with five wolves killed for livestock depredations just this year.

For example, there is a family of wolves on the Apache-Sitgreaves National Forest near Springerville that is known as the Saffel Pack. Comprised of a single mom and at least four yearlings, this family has recently had endless troubles making a go of it on lands that were historically occupied by their ancestors. Since 2018, five Saffel pack members have been found dead and the circumstances are under investigation. In 2019, during routine trapping, the breeding male of the pack was maimed. He had to spend a month in Albuquerque recovering from his amputation. Once he was returned to the wild, he didn’t retain his place in the family group and instead wandered alone until he was ultimately killed in June 2020 for preying on domestic livestock. One of the younger female wolves was found dead in January 2020. 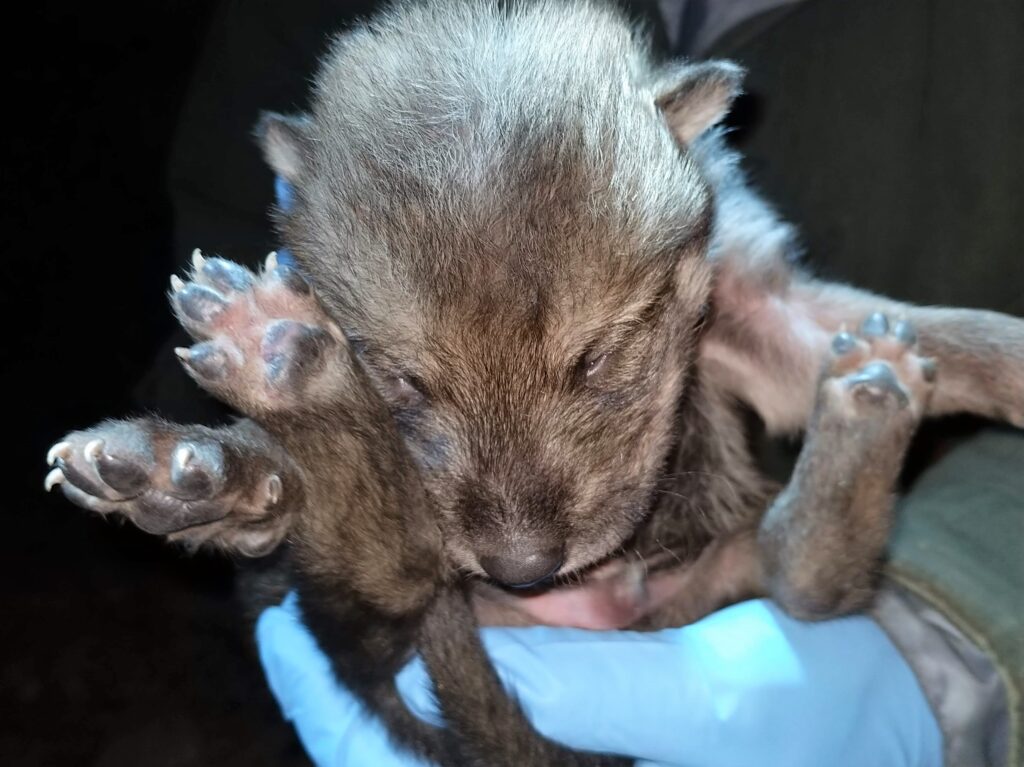 Photo of Hope, a cross-fostered wolf added to the Saffel Pack in 2019. Courtesy of the Wolf Conservation Center, NY.

Another yearling, named Hope, was cross-fostered into the pack in 2019, but her current whereabouts are unknown. The rest of the wolf family remain in the general area, and now they are being blamed for additional livestock deaths which puts them at risk for removal too.

The livestock industry has held sway over the west since ranchers came west with their herds in the mid-1800s. In fact, Sam Saffel, for whom Saffel Canyon is named and which is the origin of the pack’s name, arrived in the area in 1886 with his own herd of cattle. Though he and his wife started a saloon in 1900, the fact was that early pioneers like Saffel were an integral part of the United States’ efforts to displace Indigenous Nations and claim the Arizona territory. In addition, these colonizers wiped out native species of wildlife. The Merriam’s elk, a small subspecies of elk once found primarily in Arizona, was considered extinct by 1906 due to rampant overgrazing and unchecked hunting. Livestock losses from Mexican wolves followed the extermination of the predator’s wild food sources, and Mexican wolves were largely killed off by federal agents to protect livestock interests by the mid 1920s.

Thus, when the U.S. Fish and Wildlife Service issues lethal removal orders due to livestock depredations, history is repeating itself. With only 163 wolves in the wild at the beginning of this year, and with the entire population facing serious issues with inbreeding, each and every wolf on the ground is critical to the success of the program. These highly-social animals don’t take well to pack disruptions.  The loss of the breeding male from the Saffel pack and the suspicious death of a sister in January 2020 are probably driving at least some of the problematic behaviors this pack is engaging in; the current range conditions in the area are unknown, but every head of livestock displaces numerous other prey species, and so any cows on the ground mean far fewer wild species. With at least four mouths to feed, the wolf mama can hardly be blamed for availing herself of cattle on the national forest. The calves are easy prey, the wolves are hungry, and the land belongs to the American public.

Let’s not repeat the mistakes of the last century. Let’s save the lobo.