Post-COVID-19: Yet Another Era to Evolve or Perish 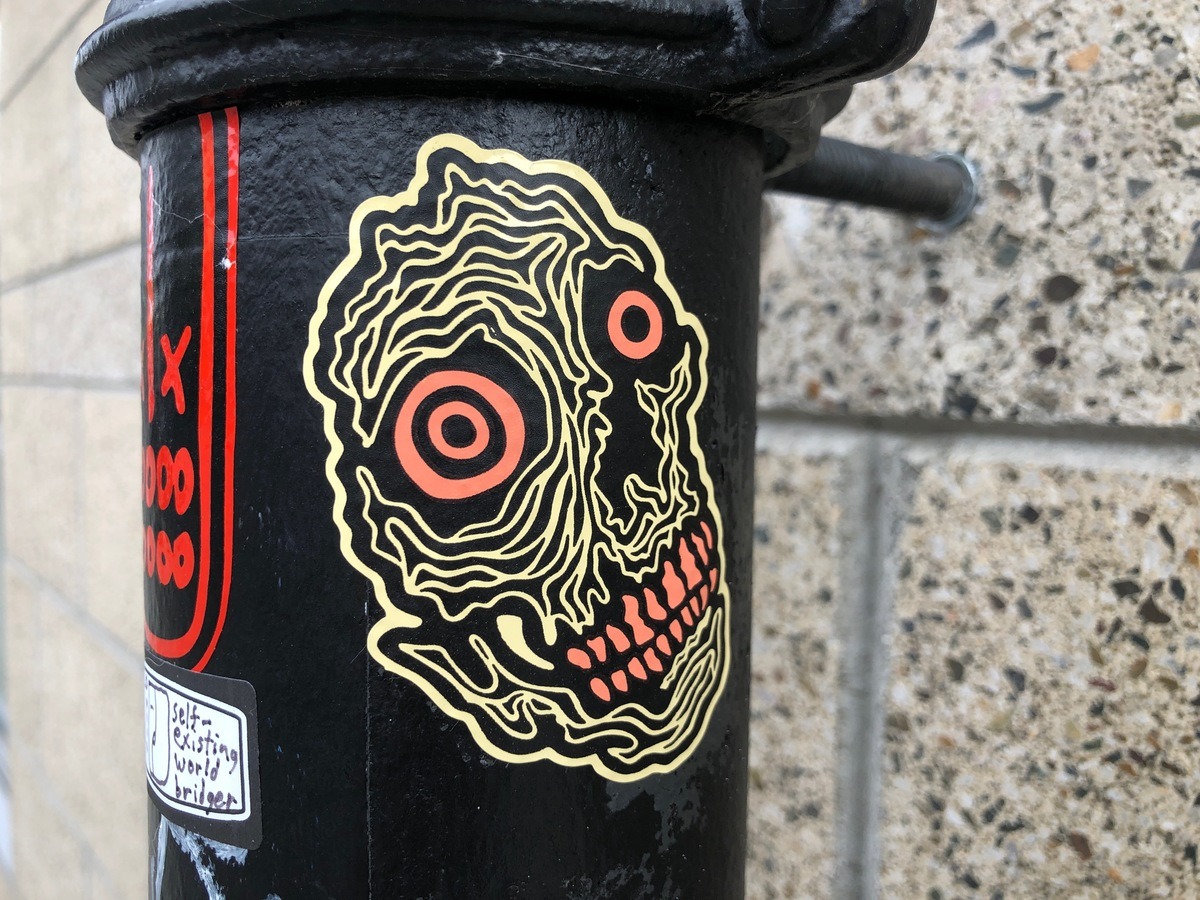 We are in a confusing period. But we have gone through many gloomy periods similar to or different from what we are compelled to face today. Sooner than later, this will eventually lose the media scrutiny. But ground reality will not change in the near future. As a general saying goes, “If you’re going through hell, keep going”. Isn’t it the grim reality placed before us?

But, why are we thinking Covid-19 is different from all? Isn’t it surprising to hear what the UN Secretary-General António Guterres had to say – that Covid-19 is the greatest test since World War Two? Is this the greatest test since WWII which ended in 1945? Unbelievable, how, unfortunately, the UN, the global body established to protect and promote human dignity, is proving its authenticity over assessing the crises.

Just two years ago, a senior United Nations official Stephen O’Brien warned that “twenty million people face starvation without an immediate injection of funds in Yemen, South Sudan, Somalia and Nigeria.” What was that then? Decades before Covid-19 was born, we experienced the depth of our poverty when it came to the collective collapse of public health systems which was unfortunately hijacked by corrupt big players in the pharmaceutical industry.

Yes, Covid-19 crisis is different from all not because of the way it is taking human lives, but because of the communication advantages we have achieved whereby any smartphone holder sitting anywhere on the earth planet can become a newsmaker enjoying the “phony autonomy” they received through social media. But it was our past generations that shaped civilization for us to have a better life, that experienced worse than what we are experiencing today.

We think Covid-19 is different from other crisis because we were not directly influenced by the past. However, suffering has a common language though many people are reluctant to believe it. A common language of suffering is pain. No matter what caused you the pain – pain is pain.

What is different is that most of us do not like to feel when others suffer, and we don’t think it will happen to us. Therefore, we have maintained attitude of inability to mourn for centuries. This is what, Elie Wiesel; holocaust survivor called, indifference, the epitome of all evil. Our dark history has unveiled not thousands but millions of times that Covid-19 is yet another crisis.

However, when you are not a Native Indian, inhabitants of North America, who used blanket contaminated with Smallpox, the incident known as “smallpox blanket” story, “gifted” by US Army to eliminate native Americans’ resistance for protecting their rights to live and facilitate Europeans settlements, the Covid-19 pandemic would seem unprecedented.

When you are not a victim of the Holodomor, the man-made famine in Ukraine, which systematically killed millions of Ukrainians, the Covid-19 is a strange event of mankind.

When you are not a Jew who was about to be thrown into a gas chamber run by Hitler’s SS-Obersturmbannführer Adolf Eichmann but due to some fortune or misfortune were able to escape from the grim hell, the Covid-19 is an experience like never before.

When you are not Japanese born in a womb exposed to radiation after one of the most visible and proven war crimes in human history, the atomic bombs attacks on Hiroshima and Nagasaki, the Covid-19 is bizarre.

When you are not a victim who suffered due to the slurs of humanity among rulers during the partition which led to creating India and Pakistan in 1947 based on the planned draw by a British lawyer Cyril Radcliffe, Covid-19 is atypical.

When you are not a subject to work in a harsh labour camp ran by Stalin who schemed to power by succeeding Lenin and thwarting Trotsky in revolutionized USSR, the Covid-19, the latest Pandemic spreading across the globe, is an exception.

When you are not a victim who survived to have flesh of a deceased human, no matter how close they were, during the Mao’s so-called Great Leap Forward in China, the Covid-19 is something never before.

When you are not a victim of Napalm attacks launched out of the plot by former President Lyndon B Johnson and team created through fake news to pass the Gulf of Tonkin Resolution to have a war on Vietnam which finally lasted for more than seven years and sucked over seven million lives of innocents by grounding the future of the region in a hopeless swamp, the Covid-19 pandemic is a tragedy like no other.

When you are not a victim who escaped from death row at S21 torture chamber run by Pol Pot’s, Khmer Rouge, the gang of delusional revolutionaries, the Covid-19 is the unthinkable event.

When you are not a victim, who narrowly escaped from US bombings in Laos, Cambodia and elsewhere in East Asia as a part of conquering “communists”, the Covid-19 is abnormal.

When you are not a victim of disappearances during the governing style of Augusto Pinochet of Chile, who rose to power with the help of CIA, and other rulers who abused power gained out of the peoples’ mandates, the Covid-19 is preternatural.

When you are not a child soldier grabbed by proxy rebellions in Africa and elsewhere to fight the wars manufactured and funded by Western countries, the Covid-19 is out of the ordinary.

As long as you are not the one among billion who goes to sleep every night without proper food and suffering from chronic decease due to malnutrition, Covid-19 is the crisis no other.

When you are not forced to be brainwashed as a human bomb to fulfil bloodthirst of extremists in the name of delusional beliefs, the Covid-19 is unwonted. Take Afghanistan under USSR and US interventions, Iraq, Iran, Libya, Syria, and Yemen; to see the nature of crimes and collapse of public health systems. The list goes on and on and on. Those crises created havoc in many countries by distorting the social welfare system.

Isn’t it enough to realize that Covid-19 is yet another crisis? More importantly, it is a continuation of the same global crisis. More crises in lower, larger or similar scale will eventually try to tick the bomb to test the strength of humanity in the future as it was done in the past. What is most important is an authentic and reliable global alliance which can treat all equally by respecting individual rights and liberty. If our existing systems are failing, as former State Secretary of the USA, Henry Kissinger has pointed out in his opinion on Covid-19; we have to find ways to redesign our global alliance with great strategies. Collective failure can only be overcome through collective actions.

Unfortunately, most of us are the victims of manufactured panic which is overriding the scientific means to address this global health issue. Take the example of the death toll in the USA caused by Covid-19, over twenty-eight thousand when I was typing this piece. The entire world is saying that the American system is falling apart. Almost all media outfits are mocking at the Trump Administration. True – it is indeed catastrophic. But, where are they when nearly 70000 Americans die in drug overdose annually? Big pharma will not allow you to hear this. Stories in other countries are the same.

Our health has been compromised. Covid-19 is teaching this simple lesson yet again. This did not happen recently but decades ago. Drugs and medicines are part of the best profitable businesses and this could be more profitable than the arms industry. Covid-19 is leading us to rethink about the system we have developed and it is high time to redesign and reengineer the once acclaimed and humane system we have developed to ensure the public health.

On Covid-19, as, an intellectual superstar of our time and the man who tells anything and everything without jiggery-pokery, Slavoj Zizek, correctly pointed out, the day to day media outfits followed what rulers and manipulators wished audiences to believe, tell and portray every reason to panic but last of all, they have a small sentence asking the public not to panic.

Politicizing of this crisis is quite clear. The strategy seems to be ‘Let’s covertly create every possible way for the public to panic but overtly appeal to them not to panic’. So then we shall create the total dystopia and the Global Republic of Surveillance with the consent of the majority where the costly freedom we achieved through series of bloodsheds will have its guillotine. It will be a mile ahead and more dangerous than the Dystopia, Aldous Huxley predicted. Contrary to this modus operandi, our responsibilities are much bigger if we would commit to enjoying and preserving for future generations, at least the limited freedom we have achieved through priceless struggles.

Covid-19 will be under control scientifically if not terminated. But the Post-Covid-19 society will give us chance to evolve for better or perish together on the down lane of civilization. Who would like to involve in overhauling the existing social mechanism to ensure humanity with humane face? Who would like to step over to have daydreams for society without capitalism and community without globalization? The choice is ours.

(The views expressed in this column are the writer’s own and do not reflect the official policy or position of any other organisation or employer he is affiliated to.)