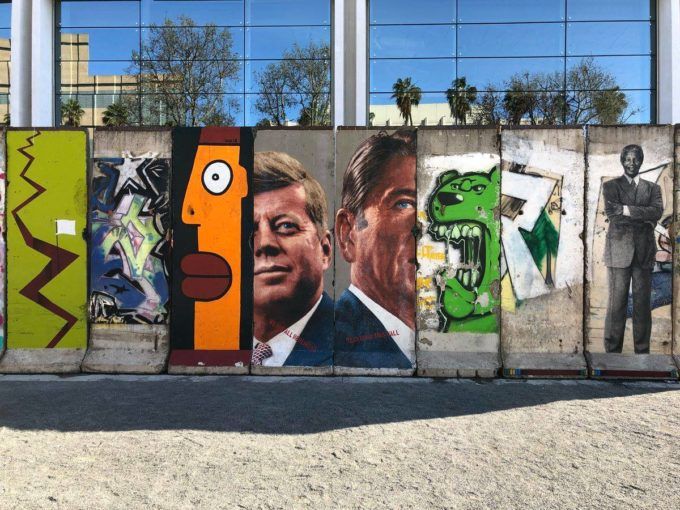 Most Chileans recently voted out the remnants of military dictator Augusto Pinochet, along with Milton Friedman’s policies and many U.S. interventions. They are at work on a radically new Constitution. In the United States, former President Donald Trump and President Joe Biden gave diminishing lip service to (or just ignored) neoliberal orthodoxy to push for and get massive government interventions into U.S. capitalism. Most of what remains of private capitalism is surviving on unprecedented, massive government life support, monetary and fiscal. A tired rerun of Cold War-style demonizing provides the ideological cover for the fading neoliberalism. Both major parties endorse huge and growing government economic interventions as urgently needed, homeland security-driven, anti-China policies.

Pity the poor libertarians. Their audience fades because the same intrusive government they blame for all economic ills demands loyalty in its fight with China. Former President Richard Nixon was less dishonest 50 years ago when he reportedly said, “We are all Keynesians now.” In contrast, today’s GOP mouths “conservative economics,” yet merely quibbles over details of the government’s gigantic money creation and deficit financing.

Today’s declining U.S. capitalism can no longer repeat its previous bland celebrations of private enterprises and free markets. Too much is going wrong, provoking criticism, and deepening divisions across U.S. society. The last time U.S. capitalism stumbled this badly—the Great Depression of the 1930s—public health did not suffer massive failure at the same time. Yet, then too, criticism of capitalism reached far, wide, and deep. It was expressed in the unionization by the Congress of Industrial Organizations (CIO) of millions alongside zooming enrollments in two socialist parties and one communist party.

Yet, the New Deal negotiated by former President Franklin Delano Roosevelt and the employer class, on the one hand, with the coalition of unionists, socialists, and communists, on the other hand, achieved then much more than what President Biden seeks now. The pendulum then swung much farther from private enterprise and free markets to broad and deep economic interventions by the government—exemplified by Social Security, unemployment compensation, the minimum wage, and the federal hiring program. The pendulum now swings likewise, if less far, from the neoliberal tradition of Margaret Thatcher and Ronald Reagan to the government-led and government-regulated capitalism focused on “winning” the competition with China (or, as Trump promised, punishing the “cheating” performed by U.S. trading partners).

Then, the poles of economic debate mirrored the policy oppositions. It was private self-regulating and self-healing capitalism versus government regulatory interventions to save capitalism from self-destruction. Now, something basic has changed. The three capitalist crashes in 2000, 2008, and 2020, each much worse than the previous one, plus the failures to prepare for or cope with COVID-19, ushered in massive, ongoing government economic intervention. The Federal Reserve has smashed all prior records of money creation. The Treasury has smashed all prior records of financing government budget deficits with an expanding national debt. The private versus government parameters of economic debate are gone, replaced by de facto debates over the size, duration, and appropriate beneficiaries or targets of government interventions, monetary and fiscal.

Of course, government interventions in the economy were needed, solicited, and obtained across U.S. history by its private capitalists. But the latter feared that widening and eventually universal suffrage could turn government toward serving the interests of labor (the majority) rather than capital (the minority). So it was important to demonize the government’s economic interventions, to compare their effects unfavorably to what private capitalism had accomplished and could yet achieve. But now what remains of private capitalism increasingly depends upon and expects government interventions as the equivalent of life support in medically extreme situations. The old demonization of government economic intervention sounds increasingly hollow and out of touch with reality. To modernize Nixon, we might say, “We are all interventionists now.” And this has its inevitable effects on economic debates in academia, politics, and the media.

The die-hard libertarians and other supporters of free-market, private capitalism increasingly lump together liberals, social democrats, insufficient “conservatives,” Keynesians, socialists, and communists. They comprise an evil, awful bloc of “the other,” advocates for government economic intervention. While there are gradations among them, ranging from Xi Jinping to Donald Trump to Joe Biden, they are all viewed as advocates of massive government economic intervention. By articulating such a perspective, the die-hards inadvertently isolate and marginalize themselves as well as the economic debates defining them.

Contradictory discourse proliferates. U.S. officials denounce Chinese private megacorporations for their close ties to the Chinese government and military, as if their U.S. counterparts do not have comparable ties to the U.S. government and military. Chinese officials have celebrated their “socialist” achievements over the last 25 years, as if China had not invited and enabled private capitalist enterprises to enter and fuel those achievements. Increasingly, spokespersons in economies with greater degrees of private capitalism refer to economies with greater government intervention as “models” to be learned from. Thus, “we” must “learn” from “them” in order to better compete with them.

Perhaps economics as a discipline is shifting gears to focus on a different basic discourse and debate. At the micro level, this debate would contrast and compare the functioning and effects (economic, political, and cultural) of two alternative organizations of workplaces. One of them, contemporary capitalism—embodied in both private and public enterprises—entails a version of the dichotomies inherited from slavery and feudalism. In these dichotomies, a small minority—enslavers in slavery, lords in feudalism, and employers in capitalism—makes all the key workplace decisions, holds the major power positions, and accumulates disproportionate wealth relative to what the majority—slaves, serfs, and employees—gets. The alternative workplace organization now struggles to emerge from the shadows and margins of those dichotomous discourses and realities. It exhibits a communal, collective, or cooperative organization of the workplace. Instead of hierarchy, this alternative is a horizontal organization that makes all workplace participants equally powerful. Each has one vote to decide democratically what to produce, how and where, and what to do with the surplus or profits to which all workplace participants contributed. These are called worker self-directed enterprises, or WSDEs (see Democracy at Work: A Cure for Capitalism).

At the macro level, the emerging debate would focus on how key institutions—markets, planning apparatuses, relations between workplaces and residential communities, schools, government, political parties, and so on—would link differently to the alternative enterprise organizations. The whole capitalism versus socialism debate would then be reorganized around this question: which enterprise organization—capitalist versus WSDE—best serves the interests of the communities engaged in such a debate.

Capitalism versus socialism debates would then stop being about private versus public ownership and free versus government-regulated (or planned) markets. They would refocus instead on hierarchical-capitalist versus democratic-collectivist organizations of workplaces (factories, offices, and stores). The original notion of socialism as a basic critique of and an alternative to capitalism would thereby return to displace its detour into debates over private versus public.