The recently released Helena-Lewis and Clark National Forest Service (HLCNF) plan is a huge disappointment by recommending only 153,000 acres out of 1,500,000 eligible aces of the forest for new wilderness.

The Forest Service did not recommend wilderness for many deserving areas like the Elkhorn Mountains, Teton/Blackleaf along the Rocky Mountain Front, Camas Creek in the Big Belt Mountains, and the northern portion of the Crazy Mountains. It is incredulous that they could not find any roadless lands to recommend wilderness out of 14 roadless areas in the Little Belt Mountains, including the Tenderfoot Deep Creek Roadless Area, Pilgrim Roadless Area, or Big Baldy Roadless area among others. 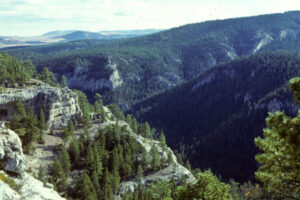 The Big Snowies and the Middle Fork Judith WSAs were established in 1977 by Senate bill S. 393. Among the mandates in the Act: SEC. 3. (a) says: “Except as otherwise provided by this section, and subject to existing private rights, the wilderness study areas designated by this Act shall, until Congress determines otherwise, be administered by the Secretary of Agriculture so as to maintain their presently existing wilderness character and pote.tintial for inclusion in the National Wilderness Preservation Systems.” 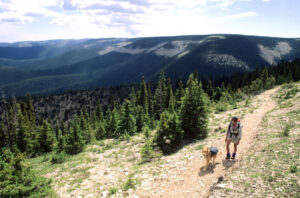 Note that the S. 393 legislation says “shall” maintain wilderness character and so forth. Congress did not say “may” maintain or “could” maintain if it was convenient. It uses the word SHALL, meaning you have no discretion. 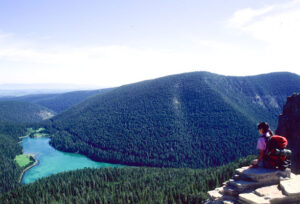 Instead of following the Congressional instruction, the Forest Service has permitted non-conforming activities in the WSA, such as mountain biking, ORV use, and snowmobiling in these areas.  In  designated wilderness, these activities are not permitted.

With the continued population pressures in Montana, we have a moral obligation to preserve wild country with the strongest and time-tested designations provided by the 1964 Wilderness Act. Unfortunately, the Forest Service has failed its ethical and legal obligation to protect the full extent of the many deserving and critical wildlands on the HLCNF for biodiversity, carbon storage, migration corridors, and wildlife habitat.