Consumer Price Index: “There is Zero Basis for any Concerns About Inflation”

‘+ US CPI overall and core CPI were both flat in October, up 1.2 percent and 1.6 percent year over year, respectively. A sharp drop in energy prices lowered overall US CPI, with the core being held down by a drop in medical care prices by 0.4 percent.

+ Rental inflation remains low; rent proper and owners’ equivalent rent were both up 0.2 percent in October — increasing to 2.7 percent and 2.5 percent, respectively, over the last year. Rents in the NYC metro area fell slightly in October, up just 0.6 percent since March; likely a lower rise (or fall) in the city itself.

+ Hotel prices fell sharply: a 3.7 percent monthly drop. This  likely indicates a fall in business due to the spread of pandemic. Prices are now down 15.9 percent year over year.

+ Restaurant and store-bought food prices continue to converge, former up 0.3 percent, while latter up 0.1 percent, over last year 3.9 percent and 4.0 percent, respectively. 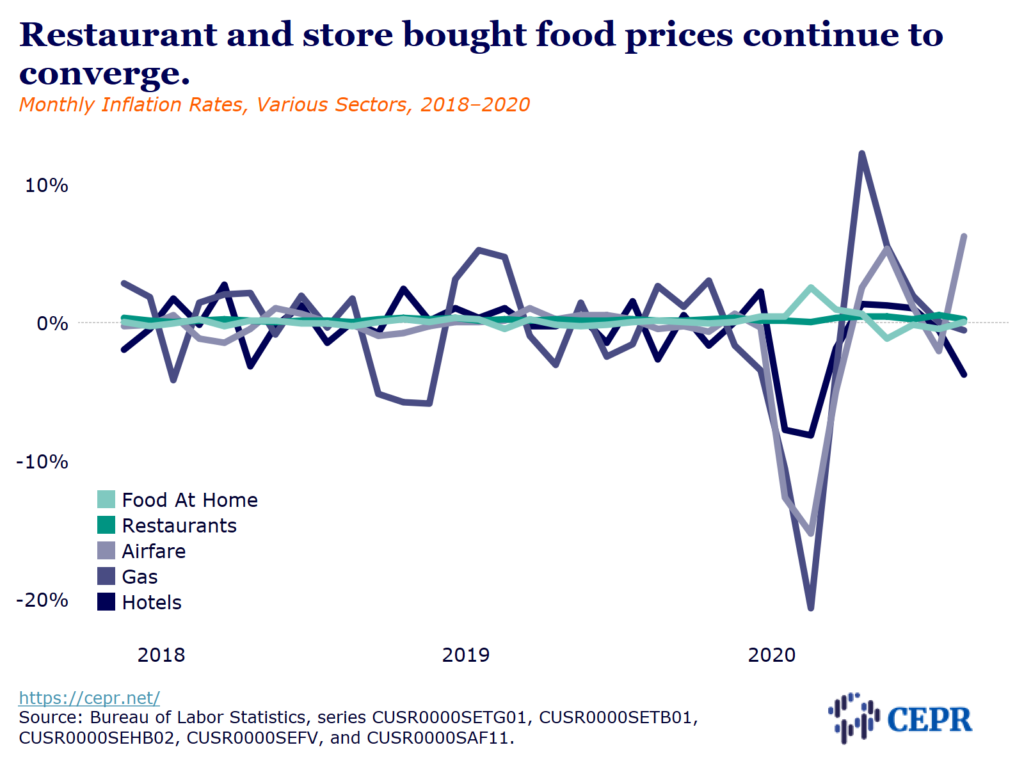 + Prescription prices were down 0.4 percent in October and year over year. It’s important to remember this does not factor in the cost of new drugs. Health insurance prices (administrative costs and profits, not premiums) dropped 1.2 percent, after a 1.5 percent drop in September. They are still up 10.2 percent year over year.

+ Finally, college tuition continues to fall. It was down 0.1 percent in October, up just 0.6 percent year over year.

Overall, there is zero basis for any concerns about inflation in this story. The economy is being hit hard by a pandemic (see hotels) and likely could use support.