We do not want those whose first impulse is to compromise. We want no straddlers, for, in the past, they have surrendered too much good wilderness and primeval areas which should never have been lost.

– Bob Marshall on the founding of the Wilderness Society

There is an unfortunate tendency on the part of conservationists to forget or ignore history. A greater appreciation of past conservation victories as well as defeats can inform current efforts. In far too many cases, there is a tendency to believe that it is necessary to appease local interests typically by agreeing to weakened protections or resource giveaways to garner the required political support for a successful conservation effort. However, this fails to consider that in nearly all cases where effective protective measures are enacted, it has been done over almost uniform local opposition.

In those instances where local opposition to a conservation measure is mild or does not exist, it probably means the proposal will be ineffective or worse—even set real conservation backward.

Nevertheless, many environmentalists now believe that due to regional parochialism and lack of historical context, significant compromises are necessary to win approval for new conservation initiatives.

These compromises demonstrate a failure to learn the lessons from conservation history. In particular, it is striking that in today’s era of greater environmental awareness, many environmentalists are willing to propose compromises that offer far weaker protections for our public lands heritage than what was accomplished decades ago, when resource extraction industries had a much greater influence over local and regional economies.

Thus Yellowstone National Park was created by Congress mainly over the opposition of locals in Montana Territory, who wanted the park to remain open to homesteading, logging, and ranching. Indeed, annually for twenty years after establishing the park, Montana’s Congressional representatives introduced bills into Congress to undesignate the park. Fortunately, due to strong support for the park from the “dreaded eastern establishment,” these efforts did not succeed.

Similarly, when Franklin Roosevelt established Grand Teton National Monument in 1943, Jackson’s local leaders declared that Jackson would become a “ghost town,” and Wyoming’s Congressional delegation introduced a bill to eliminate the park. The bill successfully passed both branches of Congress. The monument only survived because Franklin Roosevelt vetoed the bill. 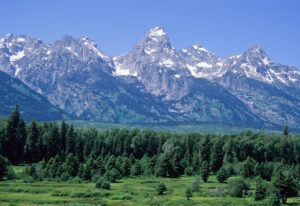 Early efforts to create a park in the Olympic Mountains with the first park bill were introduced in 1904—a statement that was vigorously opposed by local timber interests. Teddy Roosevelt responded and established the Olympic National Monument in 1907 and put vast tracts of virgin timber off-limits to logging when logging was king.

Nevertheless, opposition from logging interests continued. However, in 1938 outside interests lead to the establishment of Olympic National Park. In the long run, the park’s creation has been shown to have substantial long-term benefits to the residents of the Olympic Peninsula. However, those who made their living by cutting down the Olympic Peninsula trees are not necessarily the same people who are now making a living from the park’s scenic, ecological, and tourism values. 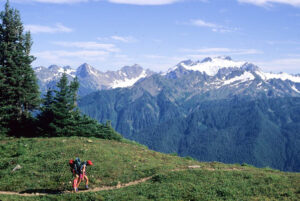 LESSON TWO: Don’t assume all locals are opposed. Typically the most vocal opponents are those with the largest vested interest in maintaining the status quo. There may even be a “silent majority” that is at least neutral or mildly supportive of your proposal, but they are not the ones who control the local politics. However, whether one or many local supporters, nearly all successful conservation efforts rely upon outside leadership to issue a state or national concern. And there is usually some visionary (or group of visionaries) that led this national campaign ala John Muir (Yosemite), David Brower (Dinosaur), Bob Marshall (Gates of the Arctic), Olaus Murie (Arctic Wildlife Refuge), Willard Van Name, Rosalie Edge, and Irving Brant (Olympic),  George Dorr (Acadia), etc.

LESSON THREE:  Creating and generating the political case for strong conservation protection, as opposed to more limited or weak gains, often takes a while, sometimes a long time. For instance, in the 1930s, Bob Marshall publicly called for protecting all of the Brooks Range north of the Yukon River as a national park. It took until the 1980s for his vision to become a reality. Look at a map of northern Alaska. You will see that nearly the entire Brooks Range is now in some protected status between national wildlife refuges, national preserves, and national parks. 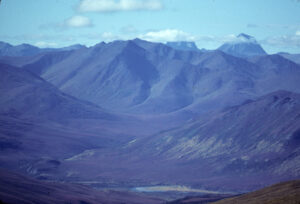 LESSON FOUR:  Pragmatists, in the end, leave messes for future generations to clean up.  Capitulating to local interests with half-baked compromises in the interest of expediency typically produces uneven results.  Either they do not adequately protect the land or create enormous headaches for future conservationists to undue often at a significant political and economic expense.

A similar compromise was also made regarding commercial livestock grazing to win over western ranchers. So commercial logging and ranching were put in place to neutralize western opposition to the forests—but we are still paying the price for that decision today.

Another example is Lake Tahoe—the gem of the Sierras. Initially, there was a movement to protect the lake as a national park. But in the interest of expediency and due to local opposition that wanted to log the great pine forests surrounding the lake, the park proposal was dropped in favor of national forest status. Today many of the problems that plague the Tahoe basin, including water quality decline, are a consequence of this decision, including the abundance of private lands (which could be settled within national forests but not parks). 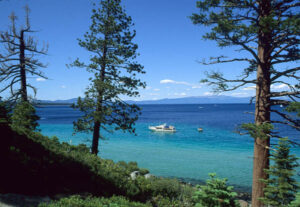 Point Reyes National Seashore represents another example. The park was created by the purchase of private ranchlands on the Point Reyes Peninsula. As a compromise, any rancher that wanted to remain on their former property and continue ranching/farming was given a 25 year grace period, after which they would be required to leave the property. Almost immediately, the ranchers began to lobby to extend the grace period. Today, fifty years later, they are still operating on the public lands and damaging the water, wildlife, and plant life of the peninsula. Had the Park Service and Congress done what any other property owner does upon purchasing land, which is to pay for the land and have the former owners leave, we would not be facing the prospect of another 20 years of livestock production on these parklands.

We’ll never know whether these compromises were necessary. One could argue that we would not have any national forests today if we had not made such compromises, but this is mostly conjectures. National support for parks and other preserves was very high, and it is likely national forests without logging and grazing would have won Congressional approval.

LESSON FIVE: Over time, most locals view conservation areas as an asset and source of pride. This change typically takes a couple of decades, but I know of no exceptions. Despite this realization that any particular park, wilderness, etc. is overall a benefit to the local and regional society does not typically result in local support for new conservation proposals as they come along. In other words, though people in Montana have grown to love Yellowstone National Park, there was still stiff local opposition to new wilderness areas adjacent to Yellowstone National Park like the Absaroka Beartooth Wilderness when it was created in 1978.

To illustrate one example, I will highlight the chief milestones along the way towards today’s Grand Canyon National Park. 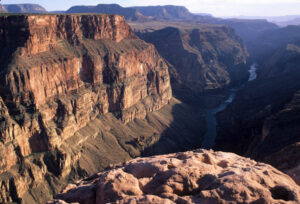 1906. Roosevelt signs a bill to create a large game range at canyon again over local opposition.

1908. Roosevelt asks his attorney general whether there was any limit on the size of areas that could be protected using the recently passed Antiquities Act (1906). The Act was created to protect “small” sites like Indian ruins. However, according to the attorney general, no size limit exists—so Roosevelt uses the Antiquities Act to create a million-acre Grand Canyon National Monument.

Residents in Arizona were outraged. Arizona’s congressional delegation succeeded in blocking all funding for the implementation of monument protection. They sued the federal government and went all the way to the Supreme Court. They argued that Roosevelt exceeded his powers and the original intention of the Antiquities Act. Supreme Court upholds the use of the Antiquities Act, and Grand Canyon National Monument remains.

1919. Grand Canyon NP was signed into law—but freed up much of the valuable mining, timber, and grazing lands to satisfy local interests. The bill removed monument and park protection to grazing and timberlands, reducing the overall acreage protected by the national monument by 2/3!

1927. Growing popular support for parks and the Grand Canyon lead to the expansion of Park boundaries to 646,000 acres.

In the 1990s, when federal budget issues threatened to close the park to visitors, the state of Arizona offered to pay rangers salaries to keep the park open—illustrating the complete change in attitude that now prevails.

2000 President Clinton designates just over 1 million acres as the Grand Canyon-Parashant National Monument to protect much of the North Rim region of the canyon over locals’ objection. I predict that someday these lands will be added to Grand Canyon National Park.

The most important lesson is not to be discouraged when local people do not widely hold your idea for conservation protection. This should not prompt an immediate compromise to whatever legislation or goal you are pursuing. Instead, stick to the plan, and in many instances, you will prevail. Try to neutralize local opposition, but generate outside support if possible, make the issue a state or national issue.

For instance, it was downstate supporters in New York City that provided the political muscle to create the Adirondack State Park over residents’ objections. This park, now 6 million acres in size, has a clause that prohibits all logging on state lands.  If early park advocates had tried to mollify locals to accept park establishment, there would have undoubtedly been logging permitted in the new park. Instead, park supporters successfully rallied people from outside the region to help create the wilderness park we have today.

All legislation is compromise, but don’t be the one to do the compromising—that’s the job of Congress. Make your best case for the best protection. If you don’t achieve that goal in any particular legislation, you can decide to oppose it and attempt to stop it or accept it with compromises. For instance, if you want all the roadless country in a particular area designated as wilderness, propose it all as wilderness and make your best case to save it all. If Congress cuts that in half, you have still successfully made the case that all the roadless lands are qualified for wilderness, and you can always try to enact more protective legislation in the future for these lands. However, if in attempting to secure local support, you automatically say or accept the notion that some of these roadless lands are ecologically unimportant or are throw away lands that can be developed; you have lost your moral authority to fight for protection later.

When and where you compromise affects the outcome, not only current issues but shaped future expectations. Thus a long-term vision should always be kept in mind.