Dying for an i-Phone: an Interview with Jenny Chan 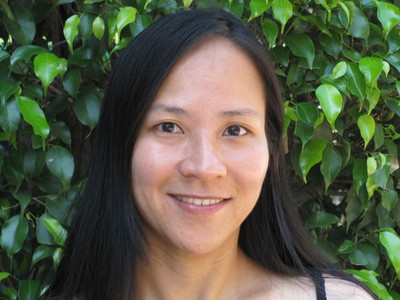 It was January 2010 and Jenny Chan just heard about the suicides of workers at the Foxconn electronics plant in the Chinese city of Shenzhen.

Chan joined others in issuing a public statement calling on Foxconn, the Chinese government, and the All-China Federation of Trade Unions to act decisively to end the “chain of suicides.”

“From the moment the new generation of rural migrant workers step beyond the doors of their houses, they never think of going back to farming like their parents,” the statement read. “The moment they see there is little possibility of building a home in the city through hard work, the very meaning of their work collapses. The path ahead is blocked, and the road to retreat is closed. Trapped in this situation, the workers face a serious identity crisis and this magnifies psychological and emotional problems. Digging into this deeper level of societal and structural conditions, we come closer to understanding the ‘no way back’ mentality of these Foxconn employees.”

Chan and her colleagues Mark Selden and Ngai Pun decided to begin research on a book that would look not just at the causes of the suicides, but the deeper issues affecting Foxconn workers.

Ten years later, the book is out. It’s called – Dying for an iPhone: Apple, Foxconn and the Lives of China’s Workers.

Chan is an Assistant Professor at the Hong Kong Polytechnic University.

“We kept asking the question, when they were so young, seeming to be very hopeful, how did this happen?” Chan told Corporate Crime Reporter in an interview last week. “They were working in the world’s largest factory. It’s one of the more advanced factories in China. It is not just a very cheap small workshop. It is a large factory that has in total more than one million workers across China. If people had very promising jobs, why did they kill themselves?”

“In that year, the company management gave lots of reasons like – these young people, they are just not enduring hardship like their parents. Some of them just broke up with their girlfriends or boyfriends. They even got into heavy debt. So they just killed themselves because of all other social or psychological problems. But none of the reasons are related to management or the work pressure they are facing.”

“We could not accept that kind of explanation. And it was really the tragedy, why these young people who are from rural families, who are from the countryside from around China, got a paid job, but still, there were as many eighteen young workers who attempted to commit suicide and fourteen of them were unfortunately successful.”

“Four survived, but they had crippling injuries. I ended up interviewing one of the suicide survivors. She was only seventeen. That was the beginning of this investigation.”

“We have been doing some undercover investigations. We did write letters to the CEO of Apple, as well as to the chief executive officer of Foxconn. We wanted to understand what had happened.”

“Why in our book did we only highlight two companies – Apple, the most profitable tech company in the world and their supplier Foxconn?”

“This is a very simplified supplier buyer link in the global and electronics production sphere. These relationships are very illuminating. It will open up a window for us to understand better about the global pressure and how does it translate onto the factory floor and the consequences on these workers.”

“We wanted to understand the problem. We didn’t want to have the tragedy repeated.”

“We looked at corporate responsibility, but we also wanted to look at the nature of the Chinese government.”

“How does it address labor issues? Does it really implement the law to protect workers? Does it work at all with the official trade unions?”

There is a trade union at Foxconn. But it is a company trade union. It is illegal for workers to organize independent trade unions in China.

“In China, the only legal trade union must be registered with the Beijing level All China Federation of Trade Unions (ACFTU). ACFTU is the only officially recognized union.”

“Yes, Foxconn has a company union. And it is registered with the ACFTU. Independent unions are illegal. And you will be put in jail for organizing such a union.”

“I’m proud of Foxconn workers and other workers across China. They did stand up to fight. It happened that some workers would be under pressure and they would quit. But we didn’t come across any case of Foxconn workers jailed for organizing. But in some other cases, we did have very credible information that some workers and their supporters, including university students, were detained in a hotel. You try to hire a lawyer to visit them, but no one knows where they are.”

“Based on our investigation, we know that workers use their social media platforms, sometimes they use video to show us that they threatened to jump from the buildings. They threaten to commit collective suicide. But that was just a bargaining chip. They wanted to pressure the managers to resolve their demands in terms of higher pay or just to address the accumulating issues. They want the right to cast votes to name their union leaders. We have video and some texts as evidence of this. But we know of no cases where workers are put in jail because they are calling for union reform.”

“You want to have some confidence in these kinds of company unions. And workers have been asking for more open and democratic elections.”

One of your chapters deals with interns. What did you find out about interns?

“Interns are a hidden and complex issue,” Chan said. “In China, the vocational schools have compulsory training. For two years, they are studying in the classroom.”

“Foxconn was pressuring the local governments to get the productive and young workers as interns. In the name of internship, Foxconn as well as other companies do not have to pay them the social insurance benefits – work injury benefits or pensions. It cuts costs.”

“I interviewed the vocational interns outside the Foxconn factories in a number of factories in the south of China as well as the southwest. I also interviewed the teachers who had to monitor the students on site. The teachers are not just teaching in the classroom, but they also follow the interns for three months or even six months. The longest internship that I found was one year – doing this repetitive assembly job. It doesn’t relate at all to their majors of studies. They are studying computers, or engineering, or nursing or accounting. It doesn’t matter. They are ending up assembling an iPhone or iPad.”

“Nowadays, in China it is getting a bit more challenging to find low cost workers. Other employees can say – I don’t want to do that work now. But for interns, if they do not fulfill the so-called internship program, they cannot graduate on time.”

“This is what I would call a modern form of slavery. In just one summer, Foxconn was using 150,000 interns. That is equivalent to fifteen percent of their million strong workforce. And it was only one summer.”

“There are about sixteen million vocational students. That’s a large pool of potential interns.”

“Yes, the interns did get paid. But according to the law, their formal status is still the students, not employees under the national labor law. So they cannot have social insurance benefits. They receive none. The social insurance is critical. It amounts to about forty percent of the basic wage.”

“The Chinese government is aware of the exploitation.”