The Best Thing Jimmy Carter Ever Did 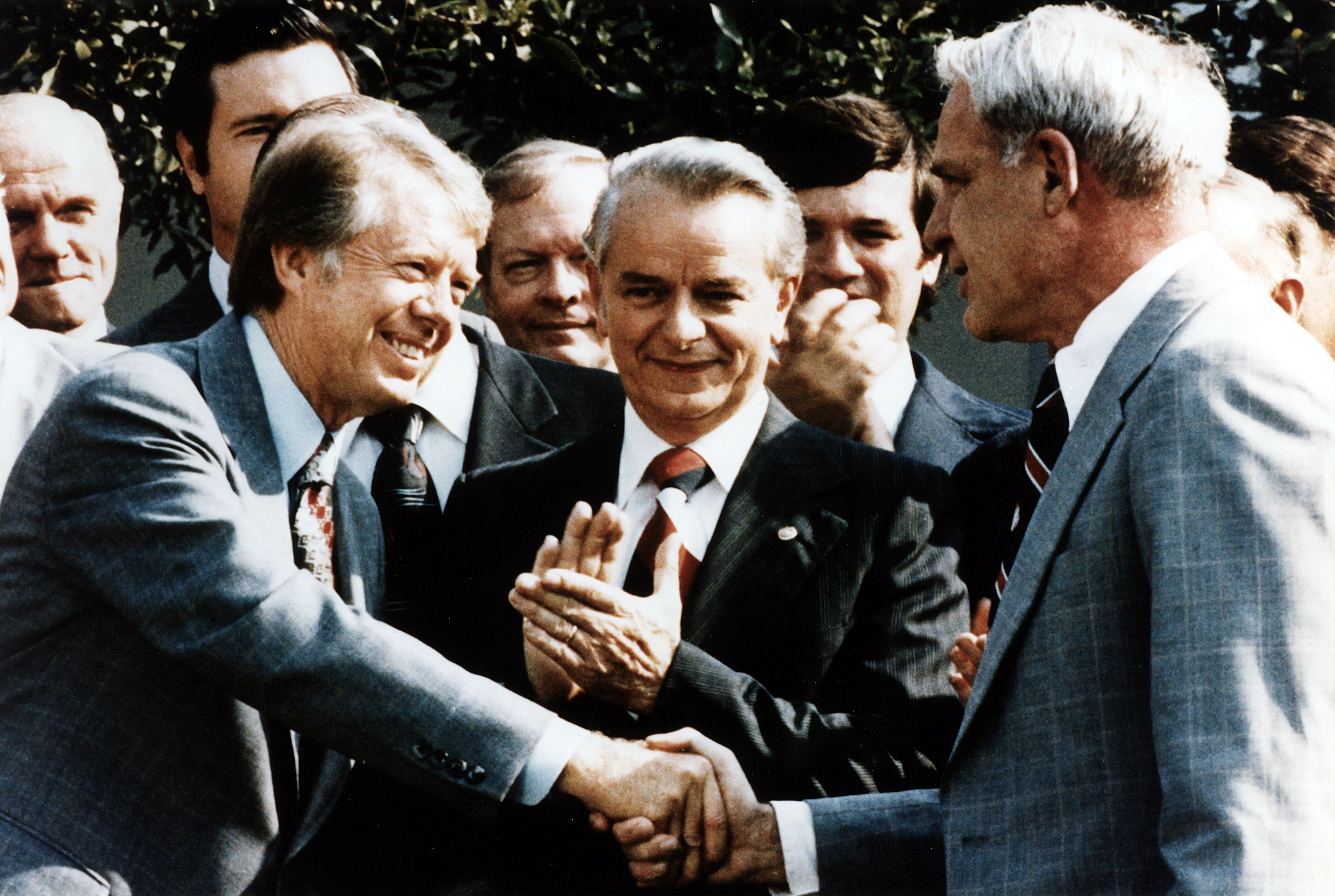 Image by Science in HD.

Israeli hostility to Jimmy Carter went back to the early days of his administration when he had given indications that he might actually be serious about pressuring Israel to make concessions to the Palestinians living under its occupation, and had even made reference to a Palestinian “homeland.”

The Israelis were kept well-informed of such threatening initiatives from their own highly placed sources. In March 1977, for example, Henry Kissinger invited the Israeli ambassador, Simcha Dinitz, to dinner. According to an Israeli report of the conversation, Kissinger took his guest aside and stated that as a Jew, he could not go on if he did not share certain information. Carter, he said, had told President Sadat of Egypt that the US would get Israel to retreat to the 1967 borders and to agree to the establishment of a Palestinian state. Dinitz asked Kissinger what he thought Israel should do to counter this threat. “Organize forces in the US and Israel,” counseled the man who had been Secretary of State less than two months before, “Don’t appear too hawkish, but be determined. The trick is to fight Carter’s plans in a resolute manner.”

In October of that same year, the administration displayed a foolhardy insensitivity to Israeli concerns by issuing a joint statement with the Soviet Union on the Middle East. Clearly, it was taking the former governor of Georgia a little time to understand some of the fundamentals of the US/Israeli relationship. Moshe Dayan, who had deserted his Labor colleagues to become foreign minister in Menachem Begin’s Likud government, was quick to enlighten the American president. A few days after the US/Soviet announcement, the one-eyed ex-general demanded that Carter state publicly that he stood by all secret agreements reached with Israel by previous administrations. If this was not done. said Dayan, “Israel would consider making them public,” which would certainly have been embarrassing all round. Carter’s naive notions about a comprehensive Middle East settlement swiftly fell apart, and Begin’s initial judgment on the president, “cream puff,” seemed vindicated.

On the other hand, the following year Carter had an opportunity to remind the Israelis, in his turn, of some other realities of the relationship, such as the fact that Israeli wars require US endorsement. In March 1978, in response to a Palestinian attack inside Israel that killed 37 civilians, the IDF lunged into Southern Lebanon in what the Israelis called Operation Litani. An estimated 2,000 people were killed, most of them civilians. Carter insisted that the Israelis obey a United Nations resolution calling on them to withdrawal. Though they eventually agreed to do so, the IDF continued to dally in its new holdings south of the Litani River in Lebanon. The US government reiterated its demand. Finally, the Israelis reported that all their forces and equipment were back across the border. Carter knew from satellite photographs that they were lying and sent Begin a letter stating that unless Israel did what it had promised within 24 hours, he would move to cut off all aid.

Richard Viets, the Deputy Chief of Mission of the US embassy in Tel Aviv, had the task of delivering the letter directly to Begin. He found the premier at home. “As he read the letter very slowly, he went white,” recalls Viets. “Then he went over to the sideboard and poured two large whiskeys. He took a gulp and then said, ‘Mr. Viets, you win.'” Begin had been uncomfortably reminded for a moment that Carter could be tough when he wanted.

This is excerpted from Dangerous Liaison: The Inside Story fo the US-Israeli Cover Relationship.