Political Corruption in Illinois: the Case of Michael Madigan and Commonwealth Edison 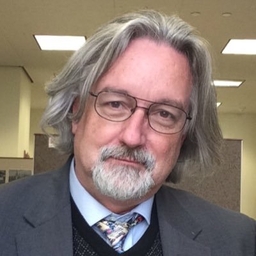 In July 2019, David Kidwell of the Better Government Association and Dan Mihalopoulos of WBEZ in Chicago reported a story titled — Feds Search for Michael Madigan Records at Home of Retired Alderman, Sources Say– and subtitled– In a related move, the feds subpoenaed utility giant Commonwealth Edison about the company’s state government lobbying activity.

Fast forward one year to July 2020 and the Justice Department drops a bombshell.

Commonwealth Edison, the largest electric utility in Illinois, will pay $200 million to resolve a federal criminal investigation into a years-long bribery scheme.

The investigation was resolved with a deferred prosecution agreement in which the utility admitted that it arranged jobs, contracts and money payments for various associates of a “high-level elected official for the State of Illinois.”

As a condition of the agreement, Commonwealth Edison, represented by Jenner & Block, is continuing to cooperate with the investigation.

Michael Madigan, the powerful speaker of the Illinois House of Representatives.

Kidwell has been reporting on Madigan for many of his years in Chicago, first at the Chicago Tribune and now at the non-profit Better Government Association.

How did you come across the Commonwealth Edison story?

“I and my colleague at the BGA – John Chase – have been covering the Speaker of the Illinois House Michael Madigan for more than a decade at the Chicago Tribune,” Kidwell told Corporate Crime Reporter in an interview last month. “We are among those that people call when they have information about Madigan.”

“We heard what we had been hearing since I got to the Chicago Tribune and that is that Michael Madigan was using his enormous influence to get his buddies jobs at Commonwealth Edison in exchange for helping to do ComEd’s bidding in Springfield. Madigan has denied that he did anything for ComEd. But the fact of the matter is the feds seem to be aggressively pursuing that angle at this point.”

What is the nature of Michael Madigan’s power?

“Mike Madigan has been the Speaker of the House in the State of Illinois since I was in high school. He is the longest serving state House Speaker in the country. In addition to being the House Speaker, he is also head of the state Democratic Party. He controls political money for all Democrats.”

“Mike Madigan rarely says anything publicly. He just has slowly amassed an incredible amount of power. When he picks up the phone and calls someone, even in the private sector, it’s hard to get past the fact that he holds sway over every cent spent by the Illinois legislature. Governors come and go. But there has always been one constant for the last thirty years in the Illinois government. And that is Mike Madigan atop the legislature. He makes and breaks judges. He controls who gets elected and who gets appointed to fill vacancies. He just exercises an enormous amount of control.”

“At the same time, he has amassed an enormous personal wealth as the main partner in a property tax appeals law firm – Madigan & Getzendanner. His job there is not to practice law. His job there is to go from skyscraper to skyscraper, sit across from the CEOs of companies and say – I hear you need a tax lawyer. He is a rainmaker for this law firm.”

“It’s hard to separate those two roles. We have done a number of stories at the Tribune about the intersection of those two worlds.”

“Absolutely. Mike Madigan doesn’t use email. He doesn’t text. I don’t want to be unfair to him. He’s an incredibly smart guy. He holds court in his office. He slices an apple while he’s listening to these things. He sends out what we call Madigan’s minions. All of the people implicated in this are people who used to be lawmakers who were mentored by Madigan and installed in large measure by Madigan. They are now lobbyists, many of them lobbyists for Commonwealth Edison. These connections and layers were built over decades.”

“The feds are probably not going to catch him on the telephone. They tried. They are not going to be able to document his electronic communications because he doesn’t have any.”

“This is all speculation, but I’m guessing they are trying to build a case with insiders. They are squeezing people – people like Mike McClain and Mike Zelewski. These are former politicians, long time Madigan allies, and Commonwealth Edison lobbyists.”

“Mike McClain spent as much time in Madigan’s office as anybody during legislative sessions. He’s a formidable guy and he has been a lobbyist for many many years. According to the charges, people who Madigan wanted to help get jobs were getting jobs at Commonwealth Edison. In exchange for that, Commonwealth Edison has been getting favorable treatment in the legislature.”

Were these lobbyists wearing a wire inside Madigan’s office?

“We don’t know that. I don’t even know for sure who they have flipped if anybody. We do know that they are squeezing people. They are issuing subpoenas and raiding offices of the people in Madigan’s orbit. How far they have gotten is difficult to determine.”

Do we know whether McClain is cooperating with the government?

Have individuals been charged?

“Fidel Marquez, a former vice president for ComEd was charged with bribery conspiracy in the Madigan case just last week. Other ComEd executives are under investigation.”

When you heard about the case against Commonwealth Edison, were you surprised?

“I was surprised it was Commonwealth Edison. John Chase and I had started covering Mike Madigan’s conflicts of interest back in 2010 through 2014. The first indication that they were investigating Mike Madigan came in 2014 when they had a city of Chicago alderman in trouble for corruption. They had him on a wire for two years. They were running him at businesses. He would be soliciting for Mike Madigan. At one point they had Madigan on the phone. And this alderman was trying to persuade this businessman why he needed to hire Mike Madigan’s tax firm. And that was in 2014. And they couldn’t get Madigan to say anything incriminating at all. He just doesn’t speak that way.”

“We know that the feds were investigating Mike Madigan as early as 2014. And we are now in 2020 and he still hasn’t been charged.”

This story broke at almost the same time as the Ohio corruption scandal where the Speaker of the House Larry Householder was charged. That case was broken with the help of a whistleblower. Are there parallels between the two cases?

“I don’t know that there is a whistleblower in the Commonwealth Edison case. There has been federal interest in Mike Madigan for a long time. How this came to them I don’t know.”

“They have run raids on suburban city halls, on other politicians, on lobbyists, on other aldermen – in many cases looking for records on Mike Madigan. It’s a sweeping investigation. In the meantime, they have also indicted another prominent property tax appeal lawyer by the name of Ed Burke, who had been the head of the Chicago City Council for almost four years. He was one of the most powerful aldermen at the time. It’s really hard to keep track of this investigation.”

“We also know that no one in Madigans orbit, none of the lobbyists have been charged. You might infer from that that some of those people are cooperating. If you have the bribe payer and the lobbyists, it suggests that the noose might be tightening. But we don’t know. What is interesting is the level of aggression. Many of these things have been known about Mike Madigan for decades. We are interested in the timing. Why now? The guy is in his seventies. Why is it happening now?”