Trump in Davos: US isolationism is Reaching Its Final Narcissistic Chapter 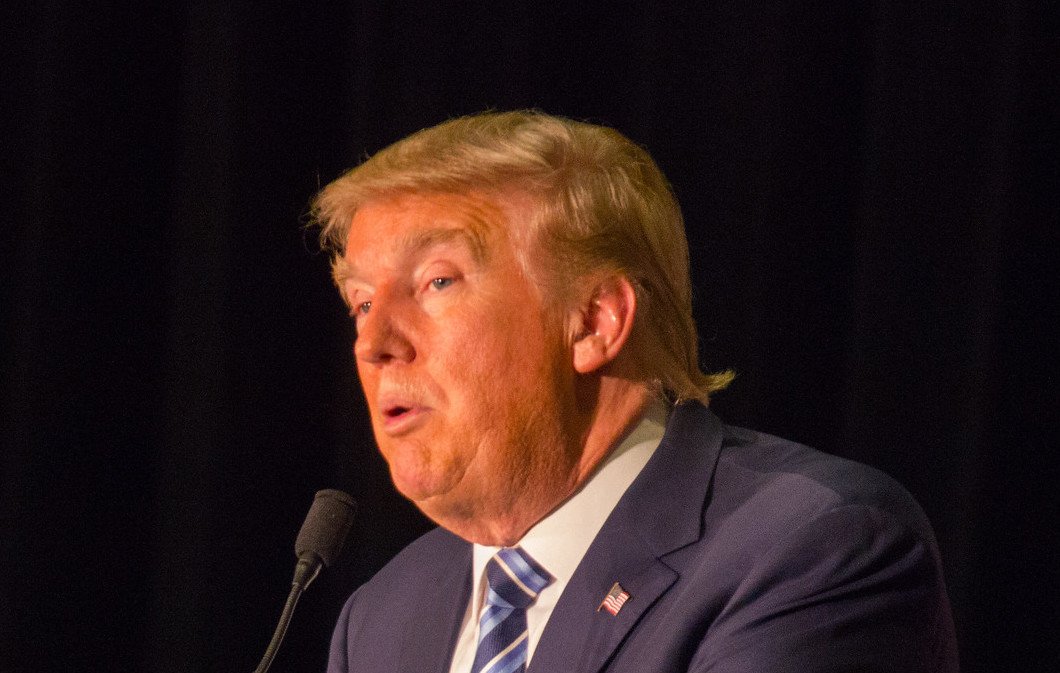 By the time Donald Trump was condemning environmentalists as the “perennial prophets of doom” in Davos, his impeachment trial was opening in Washington. But quite by chance, at that very moment, I was reading a new edition of a book by a child survivor of the 1915 Armenian Holocaust which, hauntingly and poetically, said more about America than anything Trump – or Congress – could ever utter.

Leon Surmelian lost both his parents in 1915 and, just after the Second World War, he published I Ask You, Ladies and Gentlemen with the kind of horrific detail that only accounts of the Jewish Holocaust, a quarter of a century later, normally include. He remembered the naked and mutilated body of a young woman in a Turkish river – “her long hair floated down the current” – and “a human arm caught in the roots of a tree” and “a long, long band of frothy blood clinging to [the river] banks”. No wonder Israeli Jews speak today of the Armenian “Shoah” – the Holocaust, in Hebrew – which first struck the Christians of Ottoman Turkey.

But it was Surmelian’s salvation when he travelled later to Constantinople and visited the US-run Robert College, on a hill near Istanbul’s Castle of Rome, that caught my attention in his book. The college, now 154 years old and still perched between the two Bosporus bridges, coeducational and independent, deeply impressed the young Armenian whose dream was to go to America.

Here is what he wrote:

“The campus of Robert College … with its modern buildings, laboratories, gymnasium, tennis courts, track field, was an impressive example of American education. Nowhere in the city were there such fine school buildings, such an exhibit of wealth and education for the training of youth. But to me the most remarkable thing about it was this: here Armenian and Greek boys sat in the same classroom with Turkish boys, were … in daily contact as members of one civilised society, with no fights, no racial catcalls between them. There were also Bulgarian, Russian, Jewish, English, Persian students, all living in harmony. As America had no territorial ambitions in our part of the world, she enjoyed a unique moral authority. And more than the mechanical wonders, the industrial progress and power of America was this moral authority, possessed by no other nation on earth. In my own mind, the concept of America was based on that…”

Like the American University of Beirut, the New World was a beacon of US education and enlightenment. Just think of Trump, and then reflect on the ethnically mixed, diverse students — many of their parents enemies only a few months before – sitting together as members of the “civilised society” which Surmelian swiftly identified as American. The prohibition of Muslim immigrants and Mexican border walls would have been unthinkable at Robert College.

And what of America’s “unique moral authority” when its current president tears up nuclear treaties with Iran, climate change agreements and military alliances, betrays the Kurds, destroys Palestinian hopes of a state and demands cash for everything his soldiers do in the Middle East – cash to be paid for their presence and cash to be paid if the Arabs want them to leave?

Surmelian would have understood Trump’s obsession with “mechanical wonders” and “industrial progress” and power. The young Armenian was himself fascinated by these aspects of America. But, then still largely uneducated, he understood what morals – and “moral authority” — meant: the existence of a powerful nation which wanted to lead the world by moral example rather than raw power, which preferred to offer its education to the poor rather than its trillions of dollars worth of weapons to those who would oppress them, which wanted to lead by example rather than by bullying. Trump intends to “boldly seize the day”. The old America wanted to bring daylight to others.

Or did it? For behind every inspirational myth in the Middle East usually lies a dark future. The same America which Surmelian so admired after the First World War would be offered in 1919 the League of Nations mandate for broken Armenia and the stateless Kurds; a mandate similar to the poisoned chalice given the British in Palestine and Iraq and the French in Syria. This was all part of the Woodrow Wilson principle of “the right of self-determination of peoples”. A US military mission, led by First World War General James Harbord, was even sent to the wreckage of Armenia. One of its findings concluded that in many areas of what had been western Armenia, the Turks now outnumbered the Armenians — which was not surprising after the Turks had slaughtered a million and a half Armenians, including Surmelian’s parents, in 1915.

There was too much hatred around, Harbord thought, for the US to take on the Armenia mandate – which would have given to the present-day rump Armenian state some of its historic Turkish-Ottoman hinterland around Van and Trabzon, including access to the Black Sea. The Americans also decided they didn’t want to manage Kurdistan. So the Armenians – and the Kurds – got well and truly betrayed by the US. And this, remember, was a hundred years before Turkey frightened the American presidency (including Carter, Clinton, the Bushes, Obama and Trump) so much that the US would never formally acknowledge that the 1915 slaughter of the Armenians was a genocide. And a hundred years before Trump handed over the Syrian Kurds to Turkish occupation.

Perhaps isolationism reaches its final chapter in the narcissism, greed, dishonesty and insanity of Trumpism. He may now pose as Israel’s greatest friend and move the US embassy to Jerusalem, but his predecessors turned away European Jewish refugees from the Nazis. Or perhaps the enthusiasm of a younger America – leavened with Christian missionary zeal – was never going to produce the “moral authority” which Surmelian saw in the US. We should remember that America did enter the Second World War to fight the Nazis and the Japanese – but they did not do so until the Japanese attacked them at Pearl Harbour in 1941 and until Hitler declared war on America (rather than the other way round).

There are many brave souls in the Middle East who still believe that universal education, the substance and quality and essence of which Surmelian recognised in Constantinople, remains the only viable future for the region – and for us in our ignorance of its people. But this is water in the desert if we continue to betray the Palestinians, the Kurds and the millions of people who suffer under our well-armed local dictators, whether they be Trump’s “favourite dictator”, president el-Sisi of Egypt – whom I noticed at Davos, did I not? – or the ever more sinister Mohammed bin Salman, or Assad (armed by the Russians, of course) or the militias of Libya, Yemen or Iraq. If Trump can mix up al-Qaeda with the Kurds – as he once did – and point out that the Kurds (for some strange reason) did not participate in D-Day, then demand that the Palestinians accept cash in return for giving up their right to statehood – well, then the Americans probably are finished in the Middle East. We know, of course, who is not finished in that region.

But when, I repeat, you’ve got a US president who believes his country should be paid to intervene militarily in the Middle East, and then paid to leave – hence the threat of Trump sanctions against Iraq (whose president was briefly described in a White House video this week as “the president of Iran”) if it demanded an American military withdrawal – then cash and more cash has replaced that long forgotten moral authority.

After all, Moscow now seems to have more “territorial ambitions” (Surmelian’s language, again) in the Middle East than Washington.

And you should read what Surmelian thought of the Russian Revolution and Bolshevism. But that’s another story.