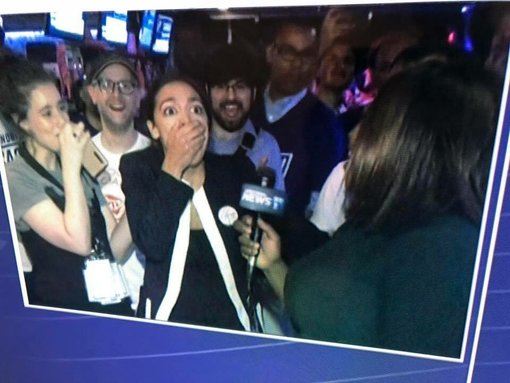 Politically, I’m a nobody or at worst a pebble in the wingtip of a few people in Manhattan’s political establishment. Socially, I’m someone who’s been in a lot of rooms you and my closest friends haven’t been in, been offered shady weird deals, and have come to know that, in politics, friends and enemies are temporary.

Most of the people in politics see their districts as made up of a set of algorithms, demographic figures, or pieces on a chessboard. They have identified which 10% of registered Democrats in gerrymandered New York will show up to vote. Once strategists figure out who they are, strategists flatter voters with pseudo importance, hammer them with campaign lit, and constantly call them for contributions.

This 10% is about 3% of total registered voters in the whole city and they run the table.

Because of gerrymandering, Democrats win. General elections are coronations. The only voters who get to matter are registered Democrats who show up to primaries.

Since Democrats hold so much power, most of the people running are Democrats. It’s not because they love the principles of providing social services or understand the needs of working people of color. It’s because that’s where the voters are. Black women turn out to be the most reliable demographic? Suddenly white millionaires born in Westchester are showing up in Harlem churches doing praise dances.

Alexandria Ocasio-Cortez changed all that in New York. I’ll spare you the coverage of her bio and how it helped increase turnout. Other outlets have covered that ad infinitum. As a working-class Puerto Rican woman, she could represent a district of working-class people of color better than a wealthy white man who spent 30 years carving out a space for himself in their diverse district.

What I’m happy tell you is the reaction I’ve seen from political moderates. I live, vote, run for office, and vice-preside over a Democratic club in the district next door to Ocasio-Cortez’s. Our congressional election the same night featured two less left-wing candidates, with one clearly more progressive choice who also called to abolish ICE. The people in this Manhattan district were vicious to the progressive candidate (who obliterated his opponent in the Brooklyn/Queens portion of our district).

Manhattan’s liberal democrats from groups of young Democrats and LGBTQ Democratic clubs were carrying the torch for Ocasio’s opponent Joseph Crowley in Queens. Our own Manhattan power broker, also in office for decades, also overdue for a primary loss, was being heavily favored by Manhattan Democratic clubs.

These Manhattan clubs and their leaders have spoken condescendingly for years about leftist politics and values. While our Manhattan race wasn’t as extremely divided between moderate and leftist, the candidates being better described as “centrist” and “liberal”, the same people who supported the Queens/Bronx moderate and the Manhattan centrist are now clamoring for a taste of blood in the East River between Queens and the Bronx.

All night I watched those Manhattan moderates praise Ocasio-Cortez on social media. They were stunned and many have since reached out to me figure out how they can get involved with leftist groups, basically to pivot to have the wind at their back. I told them they can join DSA.

Beyond that, I take pleasure in watching this win shake up the tired system in New York City politics. Few people realize how many paper tigers there are. All of those “machines” are made of clay. They’re dry, decrepit, and held together by the smallest fraction of voters.

People across the spectrum still don’t think we can recover and rehabilitate the Democratic Party. Some have derided my tactic of building a strong and more progressive Upper East Side through constant and persistent voter registration, but Ocasio and the coalition of local groups who worked on her campaign proved them all wrong.

More than that, we’re ready to speak up on behalf of people who haven’t been heard by elected officials in decades. Why? Because we, the next wave of candidates, are those very same people. Without the burden of a machine on our back, we bring the fresh sincerity that previous generations lost hope for.