New overflight photos have revealed that the land of one of the world’s most vulnerable uncontacted tribes is being illegally invaded and destroyed for beef production.

The land invasion now underway is in flagrant violation of a 6-month Land Protection Order issued in September which bans all outsiders from the Piripkura Indigenous Territory. 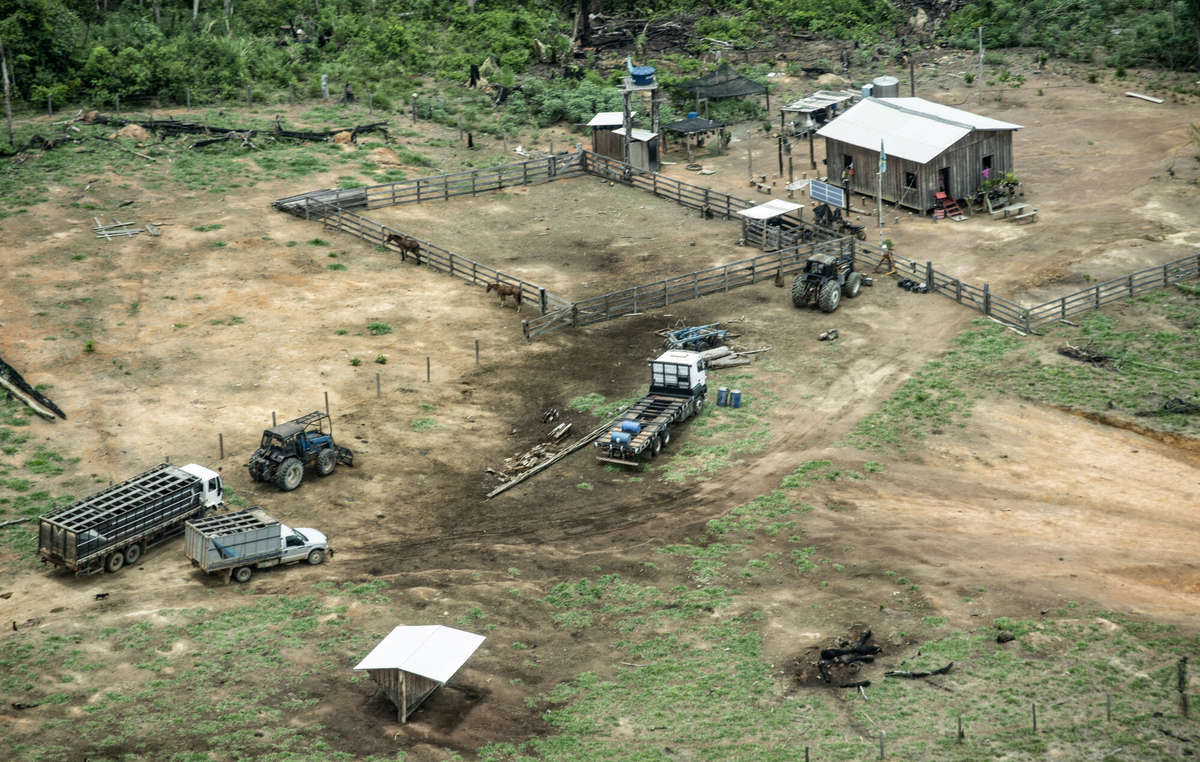 Only two members of Brazil’s Piripkura tribe are known to live in the territory, though others are also believed to live there, having retreated to the depths of the forest. Many Piripkura have been killed in past massacres. 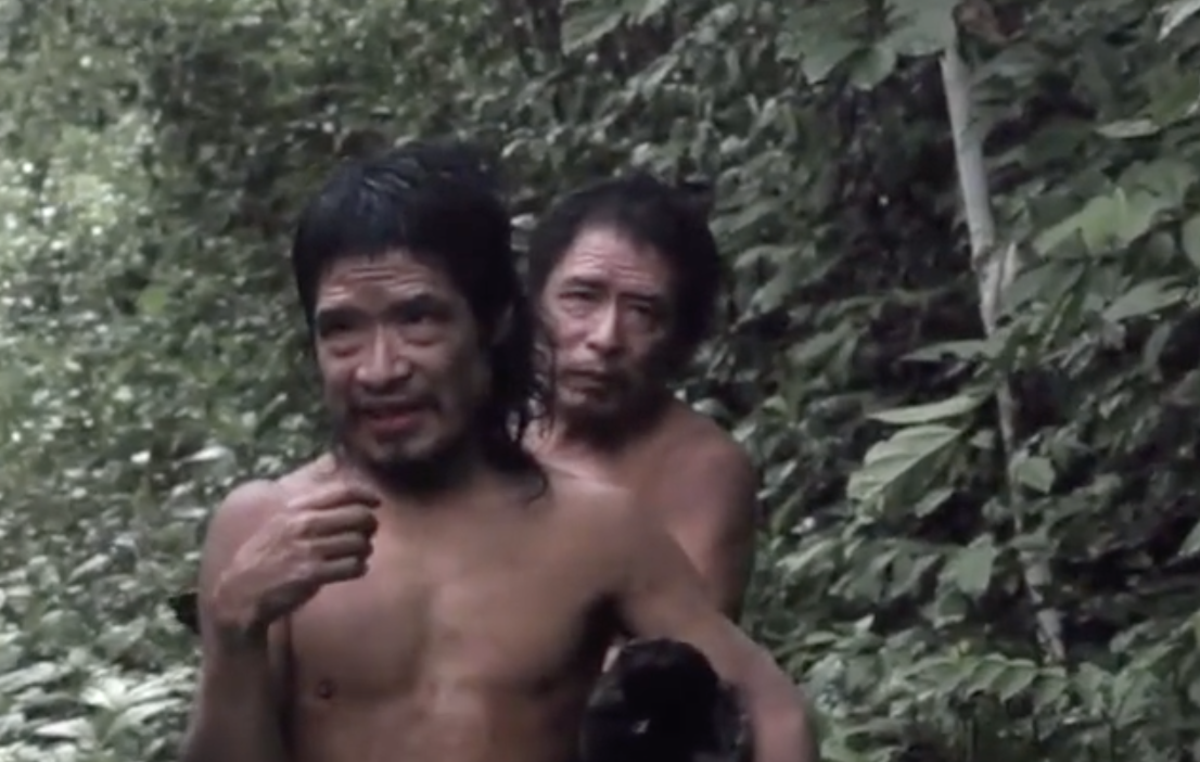 Piripkura men Baita and Tamandua, photographed during an encounter with a FUNAI unit. The two men, who are uncle and nephew, have had sporadic interactions with the local FUNAIteam, but returned to live in the forest. © Bruno Jorge.

The overflight was conducted last month for the “Uncontacted or Destroyed”campaign and petition organized by COIAB (the Coordinating Body of Indigenous Organizations of the Brazilian Amazon) and OPI (the Observatory for the Human Rights of Uncontacted and Recently Contacted Indigenous Peoples), with the support of APIB (Articulação dos Povos Indígenas do Brasil), ISA (Instituto Socioambiental) and Survival International. 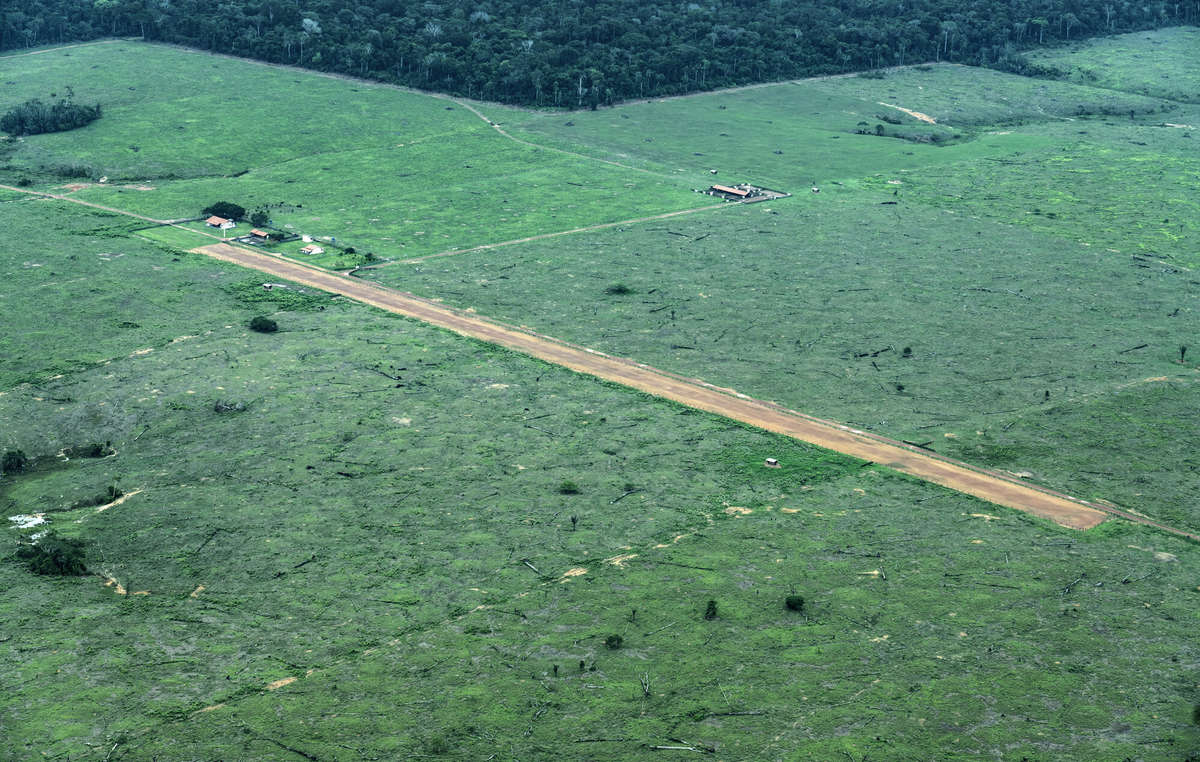 The campaign has just released a dossier “Piripkura: an indigenous territory being destroyed for beef production.“ It’s revealed:

+ Land clearances for cattle ranching have now reached an area where the uncontacted Piripkura are known to live.

+ Roads, fencing and even an airstrip have been constructed, and hundreds of cattle brought in.

+ The rate of deforestation in the territory has “exploded” – by more than 27,000% in the last two years.

OPI has also released a report on the invasion of the Piripkura lands. Their research has revealed that the Piripkura’s is now the most deforested uncontacted indigenous territory in Brazil. More than 12,000 hectares has already been destroyed.

The Uncontacted or Destroyed campaign highlights several uncontacted territories currently shielded by Land Protection Orders which are due to expire soon.

The only contacted Piripkura, a woman known as Rita, recently told Survival in a unique video appeal that outsiders operating illegally inside her people’s territory could soon kill her relatives, and described how nine of her relatives were massacred in one attack.

Sarah Shenker, head of Survival’s Uncontacted Tribes campaign, said today: “There could be no greater proof of the total impunity – indeed, active support – that land invaders enjoy under President Bolsonaro than this: commercial ranching operations in a vitally important indigenous territory that’s supposed to be protected by law. The invaders are fast approaching the uncontacted Piripkura. They’re resisting with all their might, and so must we. Only a major public outcry can prevent the genocide of the Piripkura and other uncontacted tribes. And an added bonus? A far cheaper and more effective way to protect Amazon rainforest than the fatal ‘solutions’ pushed by governments at COP.”

Elias Bigio of OPAN said today: “That area we flew over has been newly-cleared for beef production. They’ve already logged it, now they’re turning it into pasture for cattle.”

OPI said: “The Indigenous Territory and the Piripkura are extremely threatened. It’s the same thing that’s happened in other uncontacted tribes’ territories – the destruction is the ‘Bolsonaro Effect’, as it’s accelerated since 2019.”