What Can We Learn From Cuba? Medicare-for-All is a Beginning, Not the End Point 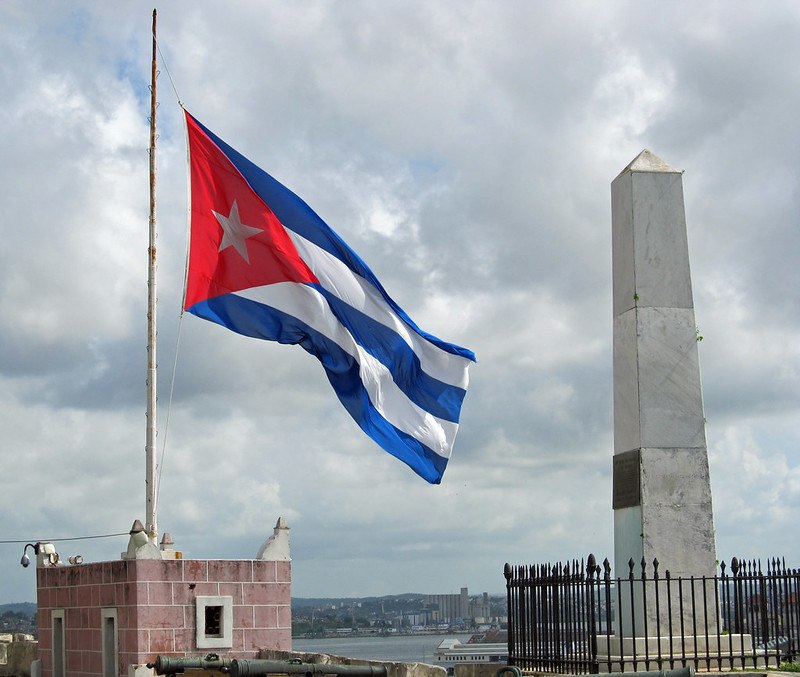 As a coup de grâce to the Bernie Sanders campaign Joe Biden declared that he would veto Medicare-for-All. This could drive a dedicated health care advocate to relentlessly pursue Med-4-All as a final goal. However, it is not the final goal. It should be the first step in a complete transformation of medicine which includes combining community medicine with natural medicine and health-care-for-the-world.

Contrasting Cuban changes in medicine during the last 60 years with the US non-system of medical care gives a clear picture of why changes must be all-encompassing. The concept of Medicare-for-All is deeply intertwined with attacks on Cuba’s global medical “missions” and the opposite responses to Covid-19 in the two countries.

Immediately after the 1959 revolution Cubans began the task of spreading medical care to those without it. This included a flurry of building medical clinics and sending doctors to poor parts of cities and to rural areas, both of which were predominantly black.

As the revolution spread medicine from cities to the country, it realized the need to expand medical care across the world. This included both sending medical staff overseas and bringing others to Cuba for treatment. Cuba spent 30 years redesigning its health care system, which resulted in the most comprehensive community-based medicine in the world.

Throughout the expansion of health care, both inside the country and internationally, Cuban doctors used “allopathic” medicine (based largely on drugging and cutting, which is the focus of US medical schools). But they simultaneously incorporated traditional healing and preventive medicine, as well as respecting practices of other cultures.

Today, the most critical parts of the Cuban health care system include (1) everyone receives health care as a human right, (2) all parts are fully integrated into a single whole which can quickly respond to crises, (3) everyone in the country has input into the system so that it enjoys their collective experiences and (4) health care is global.

In contrast, the call for Medicare-for-All by the left in Democratic Party is a demand for Allopathy-for-US-Citizens. It would extend corporate-driven health care, but with no fundamental change towards holistic and community medicine. Though a necessary beginning, it is a conservative demand which does not There is already a right-wing effort to destroy Medicare and Medicaid in any form and leave people to only receive medical treatment they can pay for. It is part of the same movement to destroy the US Post Office and eliminate Social Security. It is funded by the same sources trying to get rid of public education except for a few schools that will prepare the poor to go to prison or be unemployed. These are neoliberals who believe that Black-Lives-Do-Not-Really-Matter. They hate all the gains won during the last century and a half and want to overturn any form of environmental protection, any workers’ rights, the eight-hour work day, child labor laws, and civil rights, including voting rights.

What does the Cuban health care have to do with Medicare-for-All in the US? Cuba has a lower infant mortality rate and longer life expectancy than the US while spending less than 10% per person annually on health care. It has provided medical education to so many from other countries that in 1999 it opened the Latin American School of Medicine to bring students from impoverished countries to study and become doctors. By 2020 it had trained over 30,000 doctors. It had also trained huge numbers of other health professionals from beyond its shores.

Even before Cuba brought in students, it sent its own professionals on “missions” to help those in other countries. Over the past six decades more than 400,000 Cuban medical professionals have worked in 164 countries and improved the lives of hundreds of millions of people.

The US response to this incredible international medical revolution documents that it is not satisfied to stop medical care from improving but has an irresistable urge to reverse gains across the globe. The US government glommed onto complaints from physicians in multipe countries who whined because Cuban doctors would go to jungles and other dangerous areas where the the rich urban doctors refused to venture. Of course, the US had its own reasons to despise Cuban medical assistance.

Cuba has long done humanitarian work in education as well as medicine which puts its northerm behemoth to shame. Its actions expose that health care can be done vastly cheaper with better outcomes than corportate medicine, which traumatizes financiers of the sickness industry.

Republicans and Democrats are firmly united with corporate media in hiding Cuban medical accomplishments from the US population. They defnitely do not want other poor countries to replicate Cuba’s system. Horrifed at the prospect that Cuban health care would shine as an example, the US went to work to undermine and destroy Cuban medical internationalism in any way it could.

In August 2006 the George W. Bush administration began the “Cuban Medical Professional Parole” program to encourage Cuban medical staff on international missions to desert and move to the US, with no questions asked. Only 2-3% did so; but their departure left those poor countries with less care.

This is in line with any corporate goals to destroy local health care and replace it with profit-based health care across the globe. Driven by the same market factors that compel extraction, transportation and food production industries to go international, the US sickness industry likely feels the urge to create and control a global market of “health care providers.” One of its main obstacles will be community health systems, which actually work much better for poor people.

As the knowledge of the success of Cuba’s medical information spread, its detractors flew into a frenzy and clutched onto wild hallucinations. As accurately explained by Vijay Prashad, they fantasized that Cuba was engaging in “human trafficking” by forcing its doctors to work internationally. The accusation is blatantly absurd since Cuban doctors always have the choice of whether to broaden their medical knowledge by going abroad and treating diseases that have been eradicated in Cuba or to stay at home.

It is true that its doctors have incredibly low wages (as do all working people in Cuba) due to the destructive effects of the US embargo. In one of the great ironies of propaganda machines, the US seeks to criminalize Cuba in the eyes of the world by screeching that medical wages are low while itself being the cause of meager pay.

Results of this attacking Cuba during Covid-19 have been murderous. After Lenín Moreno became president of Ecuador in 2017 he abruptly veered from what he promised and ordered Cuban doctors to leave. At the same time Venezuela and Cuba had a total of 27 Covid-19 deaths, Ecuador’s largest city, Guayaquil, had an estimated death toll of 7,600. Similarly, when the neoliberal Jair Bolsonaro took power in Brazil in 2019, he threw out Cuban doctors. This left the country with rising infant mortality and so unprepared for Covid that even inviting them back was unable to undo the damage. Following the 2019 anti-democratic coup in Bolivia, the ultra right-wing Jeanine Áñez had herself anointed as president and expelled Cuban doctors, which devastated that country’s health care system. Although Bolivia is a physically isolated country with a population of only 8.7 million it had 2200 deaths by June 2020.

Who Coped with Covid-19?

The fact that Cuba had gone far, far beyond Medicare-for-All is what allowed it to have such spectacular control over Covid. Its politicians unified behind the ministry of health which developed a national strategy. That strategy was in effect before the island’s first victim had succumbed to the disease. Social distancing, masks and contact tracing were universally accepted. According to Susana Hurlich, medical students went door-to-door collecting data, distributing homeopathic medication (PrevengHo-Vir), and, most important, finding out what problems people needed help with.

Neighborhood doctors collected data to send to polyclinics and helped make certain that residents’ medical and other needs were met. Clinic staff met needs that neighborhood doctors could not provide and sent patients they could not care for to hospitals. Hospital doctors slept at hospitals for 14 day shifts before being quarantined for another 14 days so they would not infect their families or communities.

As US politicians conspired with corporations to see how much profit could be made from the pandemic, Cuban health care went international. When northern Italy became the epicenter of Covid-19 cases, one of its hardest hit cities was Crema. On March 26, 2020 Cuba sent 52 doctors and nurses. A smaller and poorer Caribbean nation was one of the few aiding a major European power.

On March 12, 2020 nearly 50 crew members and passengers on the British cruise ship Braemar either had Covid-19 or were showing symptoms as the ship approached the Bahamas, a British Commonwealth nation. During the next five days, the US, the Bahamas, and several other Caribbean countries turned it away. On March 18, Cuba became the only country to allow the Braemar’s over 1000 crew members and passengers to dock.

The incidents of Crema and the Braemar were hardly without precedent. They resulted from 60 years of medical internationalism by Cuba. Just as Cuba’s actions during Covid-19 reflected its development, so the horrible expansion of the disease in the US, Brazil and India showed the lack of concern under reactionary rule.

Capitalism has exterminated hundreds of millions, if not billions, of people in order to consolidate growth and power. Whether enslaving Africans, or slaughtering native Americans to steal land, or experimenting with nuclear bombs during WWII, or destroying health systems that would prevent mass death during a pandemic, these are merely “costs of doing business” to capitalism. Driving native peoples off of land is not unique to US in the past, but continues today throughout Latin America, Africa, Asia and the Pacific Islands.

Trump has terribly bungled coping with Covid-19, but the approach of Democrats is not essentially different. Neither corporate party has any intention of providing Cuban-type care within the US. And they certainly do not even imagine putting protection of the world’s poor from Covid above profit potentials for US corporations. They never had any intention of telling US public that 72 countries had requested Cuba’s Interferon Alpha 2B for treating Covid-19. They wanted people to believe that only an American or European country could discover treatment.

Is Thinking Beyond Medicare-for-All Part of the Real World?

Is the idea of a radical health care transformation even worth talking about as right-wingers seem to be on the move across much of the world? Let’s remember our past. During the time the reactionary Richard Nixon was president (1969-1974), despite an overwhelming pro-war victory, the following were accomplished under his reign: declaration of an end to the Vietnam War, start of the Food Stamp program, decriminalization of abortion, recognition of China, creation of Environmental Protection Agency, passage of Freedom of Information Act, formal dismantling of FBI’s COINTEL program, creation of Earned Income Tax Credits, formal ban on biological weapons, and passage of the Clean Water Act.

We have never won as many gains since then, even when there was a Democratic House, Senate and president. The essential difference between then and now was the existence of mass movements. Perhaps it is the time for today’s movements to ask if a fair and just payment of reparations by the US and western Europe for the pain and suffering they have caused throughout the world should include providing medical care for those billions of people who Cuba cannot afford to help. Health care is not genuine health care if it fails to be health-care-for-the-world.