Lawfare Threatens to Derail the Presidential Election in Ecuador

by William Camacaro - Frederick B. Mills 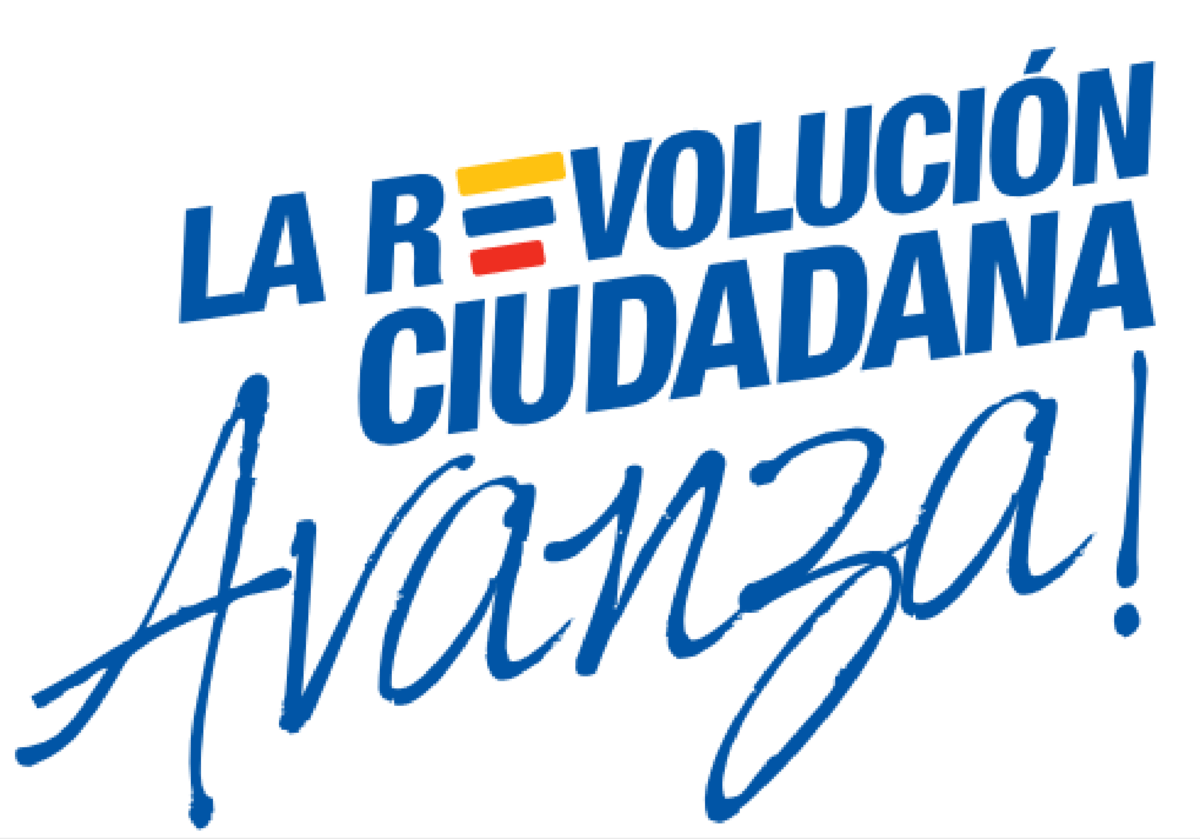 Logo used by Rafael Correa’s Citizens’ Revolution, the titular movement which inspired the creation of the party – Public Domain

On February 7, the progressive presidential candidate for the Union of Hope Alliance (UNES) party, Andrés Arauz, won first place in Ecuador’s presidential election; this is uncontested. Arauz garnered 32.71% of the vote; right-wing former banker Guillermo Lasso 19.74%; and the “Indigenous” candidate, Yaku Pérez  19.38%. Since Arauz’s margin of victory was less than the required 40% plus at least ten points more than the closest competitor, a runoff is scheduled for April 11th. With the UN calling for transparency and Pérez contesting the outcome, Ecuador’s National Electoral Council (CNE) has agreed to conduct a partial recount to verify the second place contender.

This election will have enormous consequences for Ecuador as well as the entire region. After four years of President Lenin Moreno’s neoliberal turn, which reversed the economic and social gains of former President Rafael Correa’s Citizens’ Revolution, the majority of Ecuadorians have opted for a change of course. An Arauz victory would once again prioritize social investment over IMF imposed austerity and resume Ecuador’s leadership in the movement towards regional integration. If the ultra right in Ecuador and Colombia have their way, however, Arauz will not make it to the run-off election.

Just a week prior to the first round, with Arauz ahead in most polls, Ecuadorian President Lenin Moreno, who is a fierce opponent of the UNES candidate, met with the notoriously interventionist Secretary General of the OAS, Luis Almagro, in Washington. This meeting raised suspicions that efforts were underway to prevent a return of the Citizens’ Revolution in Ecuador.  On February 12th,  the Attorney General of Colombia, Francisco Barbosa arrived in Quito to meet with his Ecuadorian counterpart, Diana Salazar, armed with a dossier that allegedly shows the campaign of Arauz had received funding from the National Liberation Army (ELN) guerillas in Colombia. Although no independent corroboration of such charges have been presented to back these allegations, the echo chamber of right wing fake news is already urging election authorities in Ecuador to disqualify UNES in a bid to prevent Arauz from participating in the second round of the presidential election.

In his Facebook page, Arauz categorically denied this accusation: “I have no link with the ELN. This big lie has just one purpose, to prevent the Arauz-Rabascall ticket from participating in the second round.”

Prominent voices of the Americas have denounced these charges as fabrications designed to sabotage democratic procedures in Ecuador. Nobel Peace Prize Winner (1980), Adolfo Pérez Esquivel, tweeted: “They will not be able to fool the Ecuadorian people with judicial and media operations from the well known Lawfare manual. Democracy will prevail. Ecuador has suffered a great deal and needs a return to common sense. Our support for candidate Arauz.”

Former Colombian President Ernesto Samper, in response to an article published in the ultra-right wing Colombian magazine, Semana, alleging that Arauz had links to the ELN, wrote: “The people of Ecuador should be on the alert that the enemies of progressivism in our countries are intent on stopping by any means the transformations for which Latin America clamours.” In the face of criticism of the unsubstantiated charges made against Arauz in the article, the Director of Semana, Victoria Avila, remarked in an interview “I want to make it very clear. I do not want to say that this information is absolutely certain.”

The Puebla Group, which brings together several former presidents of the region, including the Brazilian Luiz Inácio Lula Da Silva, issued a statement in which it “categorically rejects the attempt to link Andrés Arauz with the National Liberation Army.”

Former President of Bolivia, Evo Morales, who himself was forced into exile by an OAS backed coup in November 2019, tweets: “We sound an alert about a plan by the right and the US in Ecuador to try to prevent the triumph of Arauz in the second round, using the Attorney General of Colombia, right-wing parties and the OAS. We have the obligation to defend democracy and our regional integration. Be alert!”

The outcome of the presidential election in Ecuador will no doubt have a significant impact on the politics of the entire region. As Correa points out, these elections provide an opportunity “to recover UNASUR”. If elected, Arauz has promised to champion the revival of UNASUR and return this South American nation to ALBA. There is also a growing consensus in South America in support of these regional integration and cooperation mechanisms. With the election of the Movement Towards Socialism (MAS) candidate, Luis Arce, for President of Bolivia last October, an Arauz victory in Ecuador would fortify UNASUR at a most critical time. In the face of the ongoing COVID 19 pandemic, the benefits of multilateralism have become obvious in efforts throughout the Americas to obtain urgently needed medical supplies and vaccines from a variety of countries. Given the return of progressive governance in Argentina, Mexico, and Bolivia within the last three years, a victory in Ecuador could signal a new pink tide.