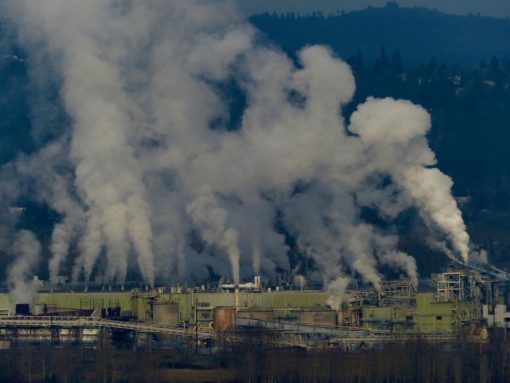 I joined the US Environmental Protection Agency in 1979. It happened by accident. A friend in Alexandria, Virginia, was working for the personnel office of EPA. We talked and I expressed interest in EPA. I said to him something to the effect the EPA was a great and necessary institution in late twentieth century America. You could not hide from pollution. Millions of cars harmed our health and defiled the atmosphere daily.

My friend also knew something about my education and work experience: having had a doctorate in history, a book published, and working on Capitol Hill. I used to see him at the neighborhood swimming pool where we used to take our children. He promised to pass my name to the personnel official of the Hazard Evaluation Division of the Office of Pesticide Programs of EPA. That organization was advertising for a program analyst. Not long after I spoke to my friend, someone from that office called me for an interview. The interview went well and, on May 6, 1979, I reported for work at EPA.

The Pesticides Program of EPA had its offices in Crystal Mall 2, a tower in Crystal City. This was neither crystal, nor a city. It was a corner of Arlington, Virginia, conveniently close to the Pentagon served by Metro and busses to and from Alexandria.

I used to take buss 8 from Alexandria’ West End to the Pentagon and then walk to Crystal City and my office on the eight floor of Crystal Mall 2.

For a year I worked with Bill Preston, a senior biologist and EPA official. He headed a team of scientists responsible for developing guidelines on the kind of data EPA needed for the assessment and potential rejection or approval of the registration or licensing of farm sprays.

Listening to the discussions among those chemists, biologists, toxicologists, ecologists and economists brought me back to my zoology student days: encouraging me to read the scientific literature and ask questions. My self-education and postdoctoral studies at EPA had begun.

Preston was fair and open-minded and encouraged my curiosity. He was by far the best supervisor I had at EPA. He said EPA had inherited twelve pesticide labs from the US Department of Agriculture. He used to be the director of those labs. By 1979-1980, EPA had shut down about half of those labs.

In the spring of 1980, I joined the staff of Assistant Administrator for Pesticides and Toxic Substances. This was Steven Jelinek, one of President Jimmy Carter’s political appointees at EPA. I did not know him. What brought me to his office was a Harvard connection.

That Harvard connection was Jim Aidala. A mutual friend introduced us. We became good friends. He had a masters degree in sociology from Harvard and I had done my postdoctoral studies in the history of science at Harvard.

Aidala worked for Jelinek, so he invited me to that office. The other thread between us was the menacing pesticides. His master’s thesis was devoted to the administration of pesticides in the United States.

Aidala and I spent lots of time talking about the hazards, both toxic and political, associated with the regulation of pesticides. He shared my views on political corruption, especially in things agricultural, including the Pesticides Office of EPA. But we stayed away from talking about Jelinek who run the entire toxics and pesticides kingdom of EPA from October 13, 1977 to January 20, 1981.

Late 1970s was a time of troubles. EPA had banned DDT in 1972, with the result the industry and its clients in Congress and the White House had hit EPA with a ton of bricks. The industry would not allow anyone, much less a puny and young government department like EPA to challenge its hegemony.

Yet an accident shook the industry and government to the core. In 1976, a government pathologist named Adrian Gross discovered that the chemical industry had been faking the testing of pesticides. Gross made his discovery at the giant Industrial Bio-Test Laboratory outside of Chicago. IBT sealed the conspiracy of the chemical industry. It was at the core of that industry.

Pesticides were designed to kill life. There was no way to make them “safe” to human and environmental health. Only fraud would do that.

IBT put into practice the successful lessons of the tobacco industry: fake testing of nicotine and buying the influence of politicians, academics and regulators. IBT showed the chemical industry how to fake data and, in addition, how to hoodwink federal bureaucrats in believing fabricated reports were scientific reports.

IBT, however, was the tip of a lab iceberg of deep corruption covering all of America: farmers, agribusiness, Congressional politicians, the White House and, of course, the land grant universities, USDA, and EPA.

The Carter administration – and Jelinek at EPA — froze in coming face to face with such unexpected and egregious mafia-like behavior that went all the way back to the mid-1950s.

By the time I found myself in the Jelinek satrapy at EPA in early 1980, the IBT politics had come down to simply shutting down that lab. The White House ordered Jelinek to leave the chemical industry alone and target the offending IBT.

It felt like a giant bomb had exploded. I felt its impact, but strangely enough, and with the exception of Adrian Gross and a couple other EPA scientists, few if anyone else talked about it. Everyone pretended things were normal.

But nothing was normal. Gross was very angry. I talked to him extensively, learning all about IBT and what made IBT possible.

My assignments broadened my knowledge and vision of what causes pollution. I started figuring out some of the pollutants and how large farmers and the industry find ways to either break the environmental laws or ignore them entirely.

I learned about tetra dioxin (2,3,7,8- Tetrachlorodibenzo-p-dioxin), the most toxic molecule on Earth. It’s a by-product of the burning of fossil fuels, chlorine bleaching in pulp and paper mills, the burning of medical wastes, the incineration of industrial wastes, and the manufacture of certain pesticides. For example, Agent Orange included the deadly tetra dioxin. This chemical weapon is made up of two weed killers: 2,4-D and 2,4,5-T.

American farmers used these herbicides, alone and in mixtures, all over the country for decades. But the War in Vietnam brought Agent Orange to the battlefield, spraying the dioxin-laced chemicals all over forests and rice crops.

While working for Jelinek, a branch chief from EPA’s Pesticides Office enticed me to return to my old position, falsely promising me higher salary and more responsibilities.

This was one of the worst decisions I made in my life. It was like I had learned nothing. The coming of the Reagan administration in 1981 put a toxic icing on the cake. Uncertainty and fear paralyzed EPA.

My supervisors in the Office of Pesticide Programs watched me carefully. They probably puzzled over my memoranda documenting industry and government abuses of the laws, exposure of humans to nerve poisons in America’s farms, and the ethical dilemmas of EPA approving dangerous pesticides. They wanted to fire me, but they couldn’t. They humiliated me; they tried to make my life miserable. Even thinking about that experience – decades later — makes me mad as hell.

I used to have lunch with him at least once a month. He refused to intervene on my behalf, but our lunches had some beneficial effects. My supervisors convinced themselves I had political contacts they should not offend. They started leaving me alone.

From political appointees to fat cats

The Pesticides bureaucracy of EPA absorbed the politics of the country, becoming a mouthpiece of the political appointees of each administration. Alas to those like me who spoke truth to power.

Political appointees, assistant administrators and directors of the pesticide program, entered the toxic revolving door between the government and the industry, boosting the tragic dependence of agriculture to an endless and evolving acutely toxic series of poisons.

Senior bureaucrats ended becoming fat cats: working for the chemical industry outright or private firms they created to facilitate the work of the owners of pesticides in the United States and abroad.

Steven Jelinek jumped into this toxic but very profitable drama. He founded his own company: Jelinek, Schwartz and Connolly Inc. Jelinnek’s clients included Monsanto, Dow, the Chemical Manufacturers Association and several other domestic and foreign corporations manufacturing pesticides and trying to get the best business deal for their products in the lucrative American market.

In 1999, the Environmental Working Group published a brief summary of the deplorable and largely unethical political connections of former senior EPA officials with pesticide companies and polluters. Jellinek’s shop turned out to be very popular in the metamorphosis of former EPA officials to fat cats.

EPA for our future

This essay is but a footnote to an extremely important history. I painted a more complex and complete picture in my 2014 book: “Poison Spring.”

The Donald Trump administration has dragged EPA to its lowest standing since its creation in December 1970. It declared war on science, climate change, and environmental protection, sending a message of rapacious pollution to farmers, petroleum men, the industry, miners and exploiters of the natural world.

In April 27, 2017, seven-hundred and seventy-seven former EPA employees denounced Trump for his denial of climate change and his hostility toward science and public and environmental health.

I cannot explain why Americans elected Trump. But I do hope they send Trump back to his golf courses. Americans need to return to civilization.

EPA is our mirror. Bad and pernicious private business interests and unethical political leaders have turned EPA upside down. But EPA is an idea and an institution. A healthy natural world is what keeps us healthy and alive. Pollution is the antithesis of health. Returning back to health after a reign of pollution is not easy, but it is possible, hence the political invention of the EPA. It reflects the greatest virtue of America. It can still be redesigned to heal the land, air, water – and our souls. It’s our life-saver.