The Junior President from the State of Delaware 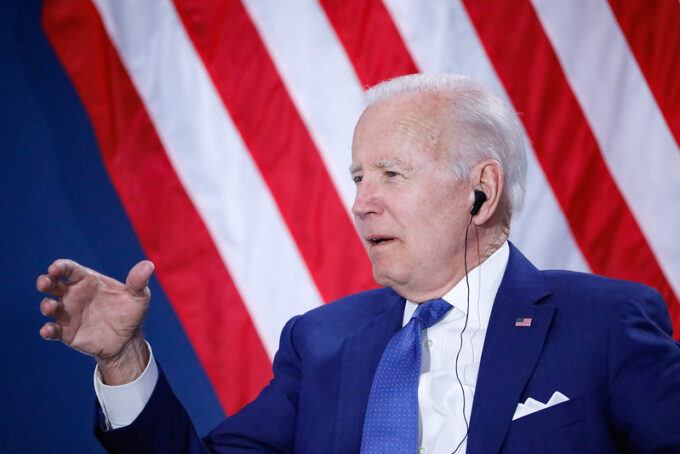 Two decades with four US Senators from both parties led me to the conclusion that there are three types of Members of the Senate. They come irrespective of party, ideology, gender or age. First are the very few principled ones we ignore at our own peril; second come the higher functioning party hacks, and third is a large herd wandering in the vast wasteland.

The best Senators, the ones we need to listen to, can rise to a watershed moment putting their convictions ahead of individual or party gain, vendetta or transient popular favor. For example, in 1964 two otherwise unremarkable Democrats, Wayne Morse (D-OR) and Ernest Greuning (D-AK), were the only Senators to vote against President Lyndon Johnson’s fraudulent assertions that North Vietnam was provoking war off its coast. By a vote of 88 to 2, the Senate passed the notorious Gulf of Tonkin Resolution to authorize ten years of American war-making in Indochina. Similarly, early in the Watergate scandals, two Republicans, Edward Brooke (R-MA) and Lowell Weicker (R-CT), attacked the Nixon Administration for its lying. Subsequent events proved all four right – morally and on the facts — and yet they never achieved the popular adulation that latecomers grabbed.

The higher functioning party hacks raise themselves through the Senate pushing party or ideological agendas but little else. Nothing is more important than winning some advantage – no matter how minor — while making sure the detested “other” gets no gain. An early example I observed was Senator Jesse Helms (R-NC) who exerted himself to undo not just Democrats but Republicans who didn’t toe his line. A repellent personality to many of his own colleagues, Helms never achieved high party office, but he did achieve wide spread national standing among hard core right wingers seeking to purge the Republican party of nonbelievers. (They were very successful.) A contemporary highly functioning party hack is the Republican Minority Leader Mitch McConnell (R-KY), who has pretzeled his position on the filibuster, Supreme Court appointments and more depending on what advantages his party’s power. Should he become the Majority Leader after the 2022 elections, watch as he reverses himself on the filibuster for a third time when the tactical situation makes it advantageous.

The Democrats in the Senate have no equal to McConnell, but in the House Speaker Nancy Pelosi (D-CA) is a full equivalent. Her extreme partisanship, amply demonstrated by her eschewing broad Republican support for censure of Donald Trump after January 6, 2021 in lieu of immediate impeachment, made it clear – at least to me – that she preferred leading a unitary Democratic caucus even if it meant an almost equally united Republican faction opposing her. Republicans were forced to support either Pelosi’s personally selected impeachment or Donald Trump; given that Hobson’s choice, most selected Trump. Pelosi was fine with that.

The rest — in my observation the vast majority – constitute a herd. The leader wannabees who pick an already popular issue to pretend to be in front of – by virtue of outspoken rhetoric or strident positioning. These are the dime-a-dozen Senators: the ones who hover, interposing themselves when something is happening – being sure to be in the camera’s view – with nothing of real consequence to show for it except a press release. These B-listers rank celebrity by being a Senator, but they don’t make much of a difference, and many people inside the Senate all know it.

Joe Biden was a B-list Senator. One of multiple examples occurred in late 2002 when President George W. Bush was pushing America into an invasion of Iraq. Biden was the Chairman of the Senate Foreign Relations Committee, but he was a non-actor in the Senate’s decision-making. Hearings he held in the Committee were inconsequential and failed to probe the speculation at the time that the case for war was fraudulent. When the legislation his committee reported to the Senate favoring war was debated there, he literally came to the chamber late, declared himself to be undecided and ultimately articulated confused reasons for supporting the invasion. No Wayne Morse or Ernest Greuning here.

Holding the vice-presidency between 2009 and 2017, the job V.P. John Nance Gardner famously described in the 1930s as “not worth a bucket of warm piss,” Biden can be excused for being as inconsequential as any other Vice-President. However, we see no real change in Biden as President on the war in Ukraine.

It’s not the herded lemming we saw in the debate over the Second Gulf War; instead, it is the opposite: a quick mouth positioning itself to the front of the existing parade. In January 2022, before Russia’s invasion while diplomacy was still somewhat alive, Biden publically opined that a “minor incursion” by Russia into Ukraine might not provoke a fulsome Western reaction. His own White House fuzzed it up it as a “gaff,” but Biden’s actual wording was much more like an offer to defuse the crisis, even if it was impromptu.

Once the shooting started, Biden veered from ad hoc deal-maker to voluble cheerleader: Putin is a “war criminal;” Putin should be deposed; Putin “commits genocide.” Putin’s aggressive, multi-front invasion made any hint of deal-making very politically incorrect; the shifted winds made outraged rhetoric de rigueur. While Biden’s staff would usually try to undo the statements, they kept on coming. Biden knew exactly what he was doing: keeping himself on the leading edge of making news, allowing few others to be more visibly outraged – although some certainly tried.

This is what Senators do, not what Presidents do: issuing what amounts to press releases about the problem, getting into the news, little more; not showing the country, the allies and even the opponents a path to an end of the killing.

It seems the only strategy is to keep saying something new. Now the rhetoric is to “weaken Russia,” perhaps even break it up. It is playing the daily political game, ever more each day. This evolving rhetoric makes more extreme positions seem acceptable to the media and public and an unremarkable strategy. All this leads to a bad place. When we get there, Senator Biden will want to know how this happened and to demand accountability. And that would be from whom, Senator?