The Navajo Reservation borders many of these public lands proposed for wilderness designation. The lands in America’s Red Rock Wilderness Act have critical cultural and historical importance to the Navajo. Therefore, the tribe is to be commended for supporting the SUWA proposal.

But even more importantly, their resolution also brings attention to the severe threat climate change poses to the planet. 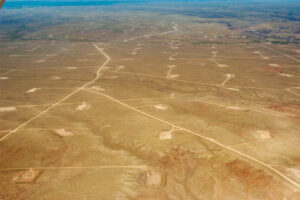 Oil and gas pads spread out across the land south of Vernal, Utah. Photo George Wuerthner.

“Our support for this Congressional bill sends a message that the Navajo Nation is concerned about climate change and the impact on our environment,” said Delegate Herman Daniels, Jr.

The tribe, in its statement, went further to say: “The Navajo Nation Council also recognizes that one of the best tools the U.S. Congress has to help meet the President’s “30×30″ goal is to legislatively designate all of the qualified undeveloped public lands in Utah as Wilderness pursuant to the Wilderness Act of 1964.”

The U.S. Geological Survey estimates about one-quarter of all U.S. carbon emissions come from fossil fuels extracted from public lands. 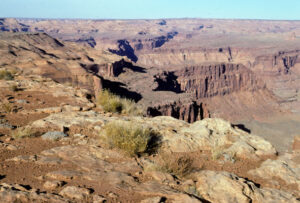 The Navajo Council stated that “management of Wilderness is one of the strongest and most protective designations available to public lands and will keep fossil fuels in the ground so that greenhouse gases and other pollution that exacerbates climate change will not be produced during the exploration, development and eventual combustion of those natural resources.”

Scientists estimate that the lands proposed for protection currently sequester and store 247 million metric tons of organic carbon in plants and soils.

The tribe also notes that wilderness designation will preserve the cultural art, cliff dwellings, and other historic/prehistoric and culturally significant sites of all previous people who inhabited the area. 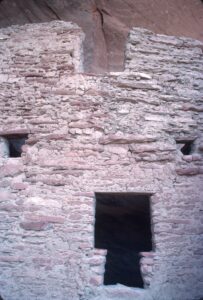 Research shows that ancient cultural artifacts are more likely to be vandalized or looted if an ORV route is located nearby, and wilderness designation precludes ORV and other mechanical access. The Utah Professional Archaeological Council, which endorsed America’s Red Rock Wilderness Act in 1995, finds that: “maintaining roadless areas is the largest and least costly deterrent to pothunting, inadvertent driving over sites, and vandalism.”

America’s Red Rock Wilderness Act was introduced into the Senate by Senator Dick Durbin of Illinois would protect one of the iconic and spectacular landscapes in the world. One of the special attributes of Southern Utah’s canyon country is the combination of spacious views with intimate details in canyon recesses.

The legislation includes many proposed wilderness designations within the Bears Ears National Monument, which President Biden recently expanded to protect one of the best collections of Anasazi ruins. 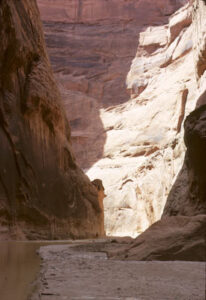 Outside of these two monuments, other important roadless lands that S. 1535 includes parts of the Great Basin in the area known as the West Desert of Utah.  Some fantastic mountain ranges are found here, including the Deep Creek Mountains, Wah Wah Mountains, and House Range.

Expanding the protection of Canyonlands National Park are several large roadless areas that are included in the S. 1535, such as Labyrinth Canyon (approximately 83,000 acres), San Rafael River (about 117,000 acres), and Hatch Point Canyons/Lockhart Basin (approximately 150,500 acres).

Roadless land proposed for wilderness in the drainages that feed into Glen Canyon National Recreation Area include Dark Canyon (approximately 138,000 acres) and the Dirty Devil (about 245,000 acres).

The Henry Mountains rise above the Red Rock Canyon country south of Hanksville and include significant roadless lands include Mount Ellen-Blue Hills (approximately 145,000 acres) and Mount Pennell (about 155,000 acres).

All of these areas and many more included in S.1535 deserve complete wilderness protection for all the reasons the Navajo people support the legislation. It will protect wildlands values, cultural resources, wildlife, and most importantly, contribute to reducing climate warming by keeping carbon in the ground.