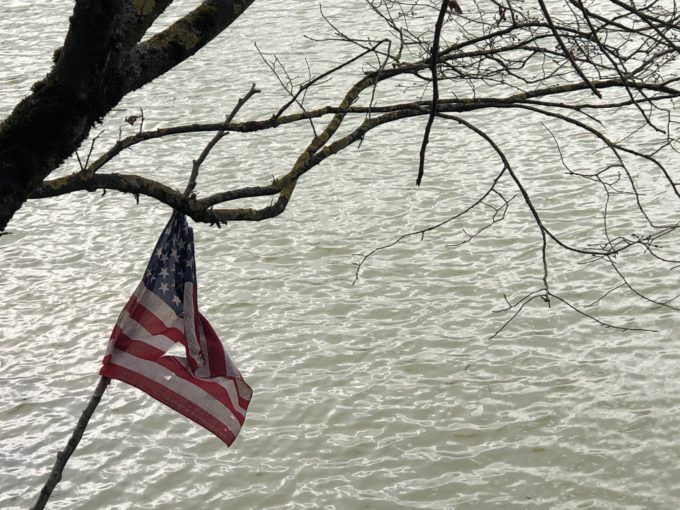 In 1820, when admission of Missouri as a slave state threatened to upset the fragile balance between slave and free states in the Senate, Thomas Jefferson said “this momentous question, like a fire bell in the night, awakened and filled me with terror. I considered it at once as the knell of the Union.” The slaveholder who unsuccessfully tried to insert a denunciation of slavery into the Declaration of Independence, and who said, “I tremble for my country when I reflect that God is just,” knew as well as anyone that slavery would inevitably tear apart the Union.

The Missouri Compromise kept the balance by admitting Maine, which had been part of Massachusetts, as a free state, and limiting the spread of slavery below 36° 30´ latitude, parallel to the southern border of Missouri. Said Jefferson, “. . . this is a reprieve only, not a final sentence.” When the compromise broke down in the 1850s, and the entire west was opened to slavery by the 1854 Kansas-Nebraska Act and the Supreme Court’s 1857 Dred Scott decision, Jefferson’s worst fears were realized in a bloody Civil War.

Today, it seems we are heading in a similar direction. Polls show broad support for secession across the political spectrum. A University of Virginia poll found support for breaking blue and red states into two separate countries at 52% among Trump voters and 41% among Biden voters. Asked if leaders from the other party are “a clear and present danger to democracy,” 80% of Biden voters and 84% of Trump voters responded yes.

Bright Line Watch broke down the issue geographically, and found support for breaking the U.S. up into regions at no less than 30% in any region. The regions showing the greatest centrifugal tendencies were the South, where 44% overall and 66% of Republicans supported the proposition, and the West Coast, where 39% overall and 47% of Democrats favored regional secession. See the accompanying graphic.

The fire bells are going off all over. Texas is challenging federal authority with its restrictive anti-abortion law and efforts to supplant federal immigration enforcement at the border. Missouri passed a law that says its officials do not have to enforce federal gun laws. Voter suppression bills have passed in at least 19 states, including states such as Georgia and Arizona that were narrowly decided in 2020. Some laws basically allow state legislatures to nullify voting results. The majority of Republicans believe Trump’s stolen election big lie. Odds are high that, no matter who wins, the 2024 presidential election will produce a crisis of democracy that shatters remaining faith in the U.S. political system, and intensifies centrifugal tendencies.

The U.S. by many measures is the most successful nation in human history. Spreading across a rich continent when the technologies that enabled that spread were emerging, then reaching out into the entire world, the U.S. empire is the largest and most powerful in history. But the unresolved issues that set off Jefferson’s fire bells are still with us. The systematic oppression of Black people continues in the form of police violence and incarceration. The push for change seen in the 2020 Black Lives Matter uprising has been met with white backlash at the ballot box. The related anxiety over growing non-white populations fuels reactionary politics surrounding immigration. Guns, one of the key dividing line issues, is also about racial anxiety. When White people talk about protecting their families, it’s pretty clear against whom. Opposition to abortion rights grew in the 1970s after outright racism became unacceptable. It was another way of fighting the culture wars against another group challenging traditional authority structures.

This all comes when routes to democratic power are being systemically shut down. A Supreme Court increasingly tilting to the right has repealed large sections of the 1965 Voting Rights Act, leading to increased voter suppression, and sanctioned radical gerrymandering. Sophisticated computer-based gerrymandering has locked in one-party control in many states, and tilted the U.S. House of Representatives to minority rule, which is baked into the Senate through the filibuster and representation by states., Meanwhile, that same Supreme Court fortified the power of money by allowing unlimited campaign spending through the Citizens United decision. Democracy in the U.S. seems to be on life support.

Taken all together, one has to ask, is the U.S. as we have known it coming to an end? Will continuation in its current form become so unacceptable to one side or another that it will fly apart? If Democrats pull it out and win in 2024, will the strong tendencies toward secession in red states come to the fore? If Republicans win, and appear to cement in permanent minority rule, how will that play on the West Coast and in the Northeast?