Why Did the Democrats Take Single-Payer Off the Table? An Interview with Dr. Anne Scheetz

Democrats in Congress and their supporters inside the beltway have taken single payer off the table.

They are also pursuing single payer at the state level.

Has any single payer group come out against Medicare for Some?

“No other national group is saying – no incrementalism. We have been saying that for years. And it feels like a betrayal to have major groups turning against that. We have said for years that you can’t cross a chasm in two leaps. That means you can’t get to single payer without completely eliminating the health insurance industry.”

As we were conducting the interview, we received a press release from Public Citizen proving Dr. Scheetz’ point.

It opened with this:

No mention of single payer.

“To see these major groups saying – yes we can move closer to single payer by getting involved in the Democrats negotiations with the health insurance industry to pass something or other feels like a betrayal,” Dr. Scheetz said. “I know that they don’t see it that way, but that’s how some of us see it.” 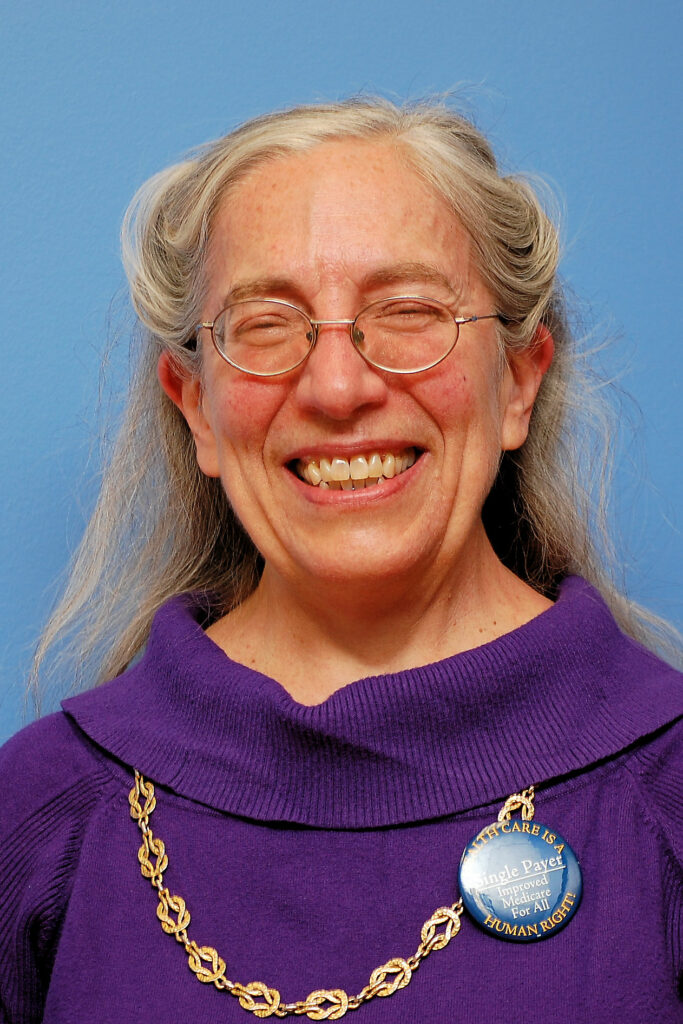 What do you see as the path forward?

“I acknowledge that the path forward is difficult indeed. I would say we have no choice but to keep engaged with one another. I would like to see open debates on the question of incremental improvements versus going all out for national single payer. I would like to see public debates on state single payer versus national single payer. We haven’t seen that yet. With those debates, we can come to a better understanding of the difficulties that we face. We will see that the state single payer route and the incremental route might look easier, but will lead us to dead ends.”

“To speak of hope in the face of despair that many people are facing as they lose their jobs, as health care eats up their disposable income, threatens even their ability to eat or feed their families or to keep their housing. Under no circumstances do we abandon solidarity. It must include every single person in this country. Building solidarity is the most important thing we can do. We are all in this together. And that’s the only way we can overcome the corporate control of our lives.”

Why would Bernie Sanders go along with such a thing?

“Bernie Sanders is essentially a Democrat, even if he considers himself otherwise. He draws in the people who care passionately about single payer and turns them over to vote for the Democrats. I have no way of knowing his intentions. But that’s the position he fills. Why he does it – I assume it’s because the pressure from the people in power is greater than the pressure that we the people have so far been able to mount to persuade him to do what we need.”

“And the problem is made worse by the groups supporting single payer health care. They are themselves willing to endorse Sanders regardless of what he does. Most of those groups supported Sanders’ bill even when he excluded long term care. PNHP made note of that. The Illinois Single Payer Coalition opposed it. Healthcare Now mentioned it but didn’t oppose it.”

“The single payer groups should be saying – you get nothing from us unless we get everything we want from you.”

Is there anybody in Congress who has stood up to the status quo and demanded hearings on single payer?

“I don’t know of anyone but we can’t depend on Congress for that. It has to be organizing among the people. Lobbying Congress in your own district is a good idea to build power. But finding ways to build our power as a people is much more important than dealing one on one with people in Congress. Nobody in Congress can be counted on to stand with what the people need as opposed to caving in to the demands of party leadership. There are all kinds of reasons for that – people want committee appointments, people exchange favors – you support this legislation, I’ll support that. The leadership will not come from members of Congress. And it can’t come from organizations that think they have real power with members of Congress. That’s an illusion.”