The Choice Facing Afghans: Do a Deal With the Taliban or Flee 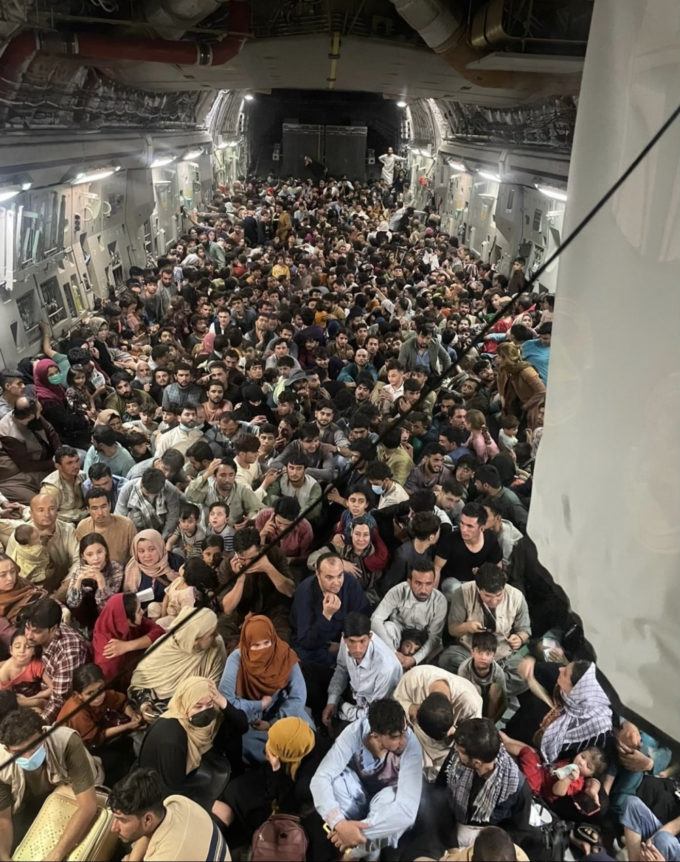 As Taliban fighters enter Kabul, everybody from the US government to local policemen seeks to reach a deal with the new rulers of Afghanistan. Alternatively, they want to flee the country as soon as possible.

The Afghan government agreed at the weekend on a transitional government, which will avoid a direct Taliban military assault on the capital, allowing a peaceful transfer of power. At the start of this transition, at least, it may be in the interests of the Taliban to show a moderate face and not stir up opposition at home or abroad by public executions and beatings.

As Afghans see it, President Donald Trump began a series of one-sided deals favouring the Taliban in 2020, an approach confirmed by President Joe Biden in his speech on 14 April this year. He declared that the final American pull-out would be completed by the 20th anniversary of 9/11, come what may.

By fixing on such a firm date, Biden evidently did not foresee that he had set the ball rolling for the complete disintegration of the anti-Taliban forces four months later. By highlighting the immediacy and completeness of the US military withdrawal, the White House probably wanted to gain credit among American voters, who have become increasingly hostile to US involvement in foreign wars. The likely shattering impact in Afghanistan of Biden’s announcement received too little attention.

She points out that Taliban fighters met no military opposition when they swept through the traditionally anti-Taliban north of the country. In provinces dominated by the Tajik, Uzbek and Hazara communities, the Taliban, who largely come from the Pashtun community in the south of Afghanistan, met no armed resistance. Yet before 2001, this region was the heartland of the anti-Taliban Northern Alliance. “It is clear that the local leaders and former Northern Alliance warlords reached their own deals with the Taliban and refused to rally to the government side,” says the observer.

Army officers abandoned military strongholds they had held for two decades, while cities and towns surrendered without a fight, the latest being Jalalabad in the east of the country. “I have taken off my uniform and hidden it,” says Najib, a 35-year-old police officer in Jalalabad, which fell on Saturday. Taliban white flags sprouted everywhere in the city as they took over with scarcely a shot being fired.

Najib says in a message to a friend in Europe shown to The Independent that he hopes that the Taliban will stick to their pledge “not to harm anybody who did not resist them”. Like many Afghans in the security forces, Najib had decided last week, as city after city fell without a fight, that the Taliban had won the war.

All over Afghanistan frightened individuals and families are desperately trying to calculate how they can either survive or escape the new regime. Many would like to flee the country, but do not know how they would do so or where they could go.

In the city of Herat, in the far west of Afghanistan close to the Iranian border, a wealthy businessman called Farid says in another message to a friend that “for the last three days we have been hiding in our basement. We do not know what the Taliban will want to do. We have enough food for now, but soon we will need to go outside our house to the market.”

The family had thought of leaving Herat in recent years, but the choice was not easy. The city was relatively peaceful and they owned property there as well as profitable pistachio and almond orchards. Farid considered building a private hospital where his two medically trained daughters could work as doctors, but he abandoned the idea as security deteriorated in the past couple of years.

Instead, he and his family went to Istanbul for six months, but Covid-19 restrictions made living conditions there difficult and they went back to Herat, where they are now trapped in their basement.

Others, who in the past had rejected the idea of leaving Afghanistan, now want to get out. Mustapha, the cousin of a Canadian citizen, had once been a translator, but was forced by lack of work to be a taxi driver in Kabul. Even so, he said he was happy in Afghanistan – until the past few days when he sent a message to his cousin saying he wanted “to ask about the chances of getting a Canadian visa [Canada has offered to take 20,000 Afghan refugees]”.

Women in Kabul have no doubt that they are facing a grim and deteriorating future. Mursal, a film maker and freelance journalist, says that under the Taliban “there will be no respect for women, culture or films, and no way to go on working”. Najmia, an older woman and a teacher who had experience of Taliban rule 20 years ago, says: “I did not expect that I would have to stop teaching again, but that seems to be the case.” She likewise asks if it is not too late to get a residence visa to live outside the country.

Not everybody is stuck in Afghanistan. Mrs Abadi, a British citizen born in Iran who works for an NGO, says that “it is sad that so many want to leave, especially if they have daughters. What a mess the US has left behind!” She herself plans to go to Iran for a time, but intends to return when the situation clarifies. She could have a long wait.