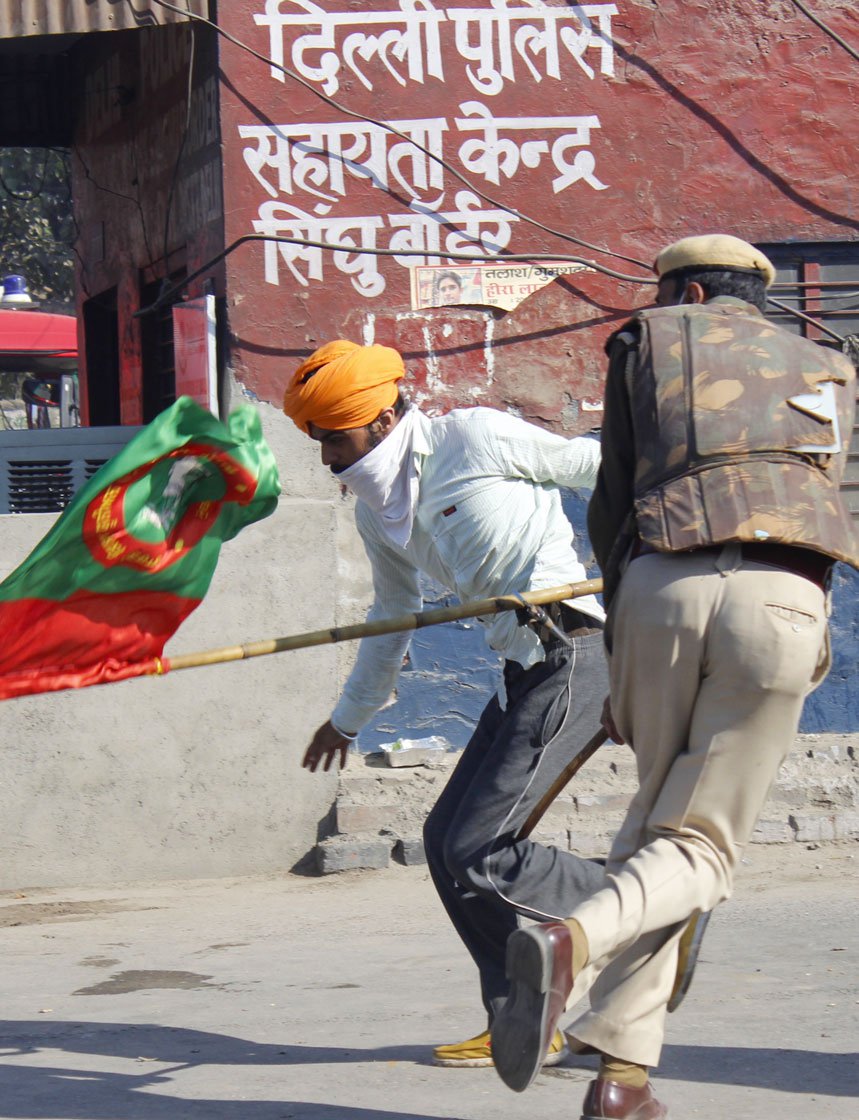 Cutting off water and electricity to lakhs of human beings, exposing them to serious health hazards by doing so, having police and paramilitary barricade them into cut-off zones while imposing dangerously insanitary conditions on them, making it almost impossible for journalists to reach the protesting farmers, punishing a group that has already seen perhaps 200 of its own die, many from hypothermia, in the past two months. Anywhere in the world this would be seen as barbaric and an assault on human rights and dignity.

But we, our government and ruling elite are preoccupied with far more pressing concerns. Such as how to smash the conspiracy of dreaded global terrorists Rihanna and Greta Thunberg aimed at defaming and humiliating the greatest nation on earth.

As fiction, that would be insanely funny. As reality, it’s merely insane.

While all of this is shocking, it should not be surprising. Even those who bought the slogan “minimal government, maximum governance” should have figured it out by now. The real deal was government muscular maximus and maximal gory governance. What is worrying is the studied silence of so many otherwise articulate voices, some of whom have never failed to spring to the defence of power and cheerlead all such laws. You’d think even they  would disapprove of this everyday trashing of democracy.

Every single member of the union Cabinet knows what really stands in the way of a resolution to the ongoing farmers’ protests.

They know there was never any consultation with the farmers on the three laws – though the peasants were seeking it from the day they knew these were being promulgated as ordinances.

There was never any consultation with the states in the making of these laws – though agriculture is in the state list in the Constitution. Nor was there any with opposition parties, or within Parliament itself.

BJP leaders and union Cabinet members know there were no consultations – because they were never consulted themselves. Neither on this, nor on most other critical issues. Their task is to roll back the waves of the ocean when so ordered by their leader.

So far, the waves seem to be doing better than the courtiers. Massive protests in Uttar Pradesh. West UP farmer leader Rakesh Tikait is a far more imposing figure today than he was before the government tried to demolish him. January 25 saw a very large farmers’ protest in Maharashtra. There were also significant ones in Rajasthan, in Karnataka – where tractor rallies were barred from entering Bengaluru – Andhra Pradesh and elsewhere. In Haryana, the government struggles to function in a state where the chief minister seems unable to attend public meetings.

In Punjab, almost every household identifies with the protestors – many itching to join them, some already in the process of doing so. For the urban local body polls due on February 14, the BJP struggled to find candidates. Those it does have – old faithfuls – are wary of using their own party symbol. Meanwhile, an entire generation of youth in the state has been alienated, with very serious implications for the future.

It’s an astonishing achievement of this government that it has united a huge and unlikely spectrum of social forces, including some traditional adversaries like farmers and arhtiyas  (commission agents). Beyond that, it has also united Sikhs, Hindus, Muslims, Jats and non-Jats, even the Khaps and the Khan Market crowd. Impressive.

But the now quiet voices spent two months assuring us this was “just about Punjab and Haryana.” No one else was affected. It didn’t really matter.

Funny. When last verified by a committee not appointed by the Supreme Court, both Punjab and Haryana were a part of the Indian Union. You’d think what happens there matters to all of us.

Those once-articulate voices also told us – and still do in more hushed tones – that these were all “rich farmers” resisting reforms.

Fascinating. The average monthly income of a farm household in Punjab, according to the last NSS survey, was Rs. 18,059. The average number of persons per agricultural household was 5.24. So monthly per capita income was about Rs. 3,450. Lower than the lowest paid employee in the organised sector.

Gee! Such wealth. The half was not told unto us. The corresponding figures for Haryana (farm household size 5.9 persons) was Rs. 14,434 average monthly income and roughly Rs. 2,450 per capita. Sure, these abysmal numbers still place them ahead of other Indian farmers. Such as those, for example, from Gujarat where the average monthly income of the agricultural household was Rs. 7,926. With an average of 5.2 persons per agricultural household, that’s a monthly per capita of Rs. 1,524.

The all-India average for the monthly income of an agricultural household was Rs. 6,426 (about Rs. 1,300 per capita). By the way – all these average monthly figures include income from all sources.  Not just from cultivation, but also from livestock, non-farm business and income from wages and salaries.

This is the condition of the Indian farmer as recorded in the National Sample Survey 70th round ‘Key Indicators of Situation of Agricultural Households in India’ (2013). And remember the government has pledged to double those farmers’ incomes by 2022 – in the next 12 months. A tough task, which makes the disruptive interference of the Rihannas and the Thunbergs that much more annoying.

Oh, those rich farmers at Delhi’s borders, who sleep in metal trolleys in temperatures of 2 degrees Celsius or less, who bathe in the open in 5-6 degrees – they’ve certainly improved my appreciation of the Indian rich. They’re a hardier lot than we thought.

Meanwhile, the Committee appointed by the Supreme Court to talk to the farmers, seems unable to talk to itself coherently – one of its four members quit before its first meeting. As for talking to the actual protestors, that has happened not at all.

On March 12, the Supreme Court-appointed committee will have exhausted its two-month mandate (about the maximum life span of insect pollinators so crucial to agriculture). The committee will by then have a long list of people they did not speak to, and a longer list of people who would not speak to them. And perhaps a short list of those they should never have spoken to.

Every attempt to bully and intimidate the protesting farmers has seen their numbers swell and grow. Every act aimed at discrediting them has gained great traction in the establishment’s captive media – but achieved the reverse on the ground. The scary thing is that this will in no way deter this government from intensifying those efforts which will get more authoritarian, physical, and brutal. 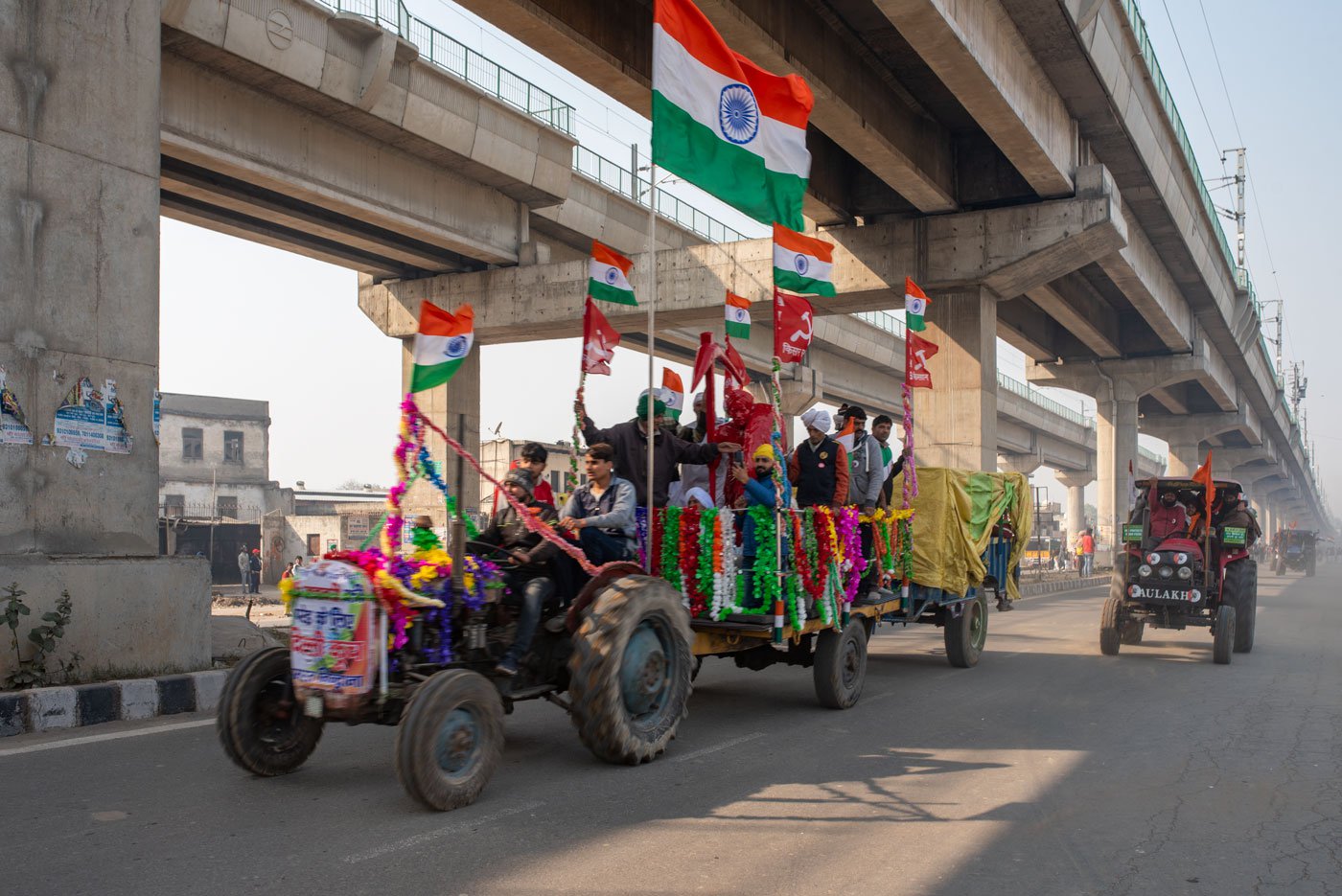 Many in the corporate media know, and many within the BJP know even better, that perhaps the most insurmountable hurdle in this dispute is personal ego. Not policy, not even that promises made to the richest corporations have to be kept (they surely will be, some day). Not the sanctity of the laws (which by the government’s own admission could do with multiple amendments). Just that the king can do no wrong. And admitting to a mistake and worse, retreating from it, is unthinkable. So, no matter if every single farmer in the country is alienated – the leader cannot be wrong, cannot lose face. I find not a single editorial in the large dailies even whispering this, though they know it is true.

How important is ego in this mess? Consider the response to a simple tweet by a rhythm & blues star on the internet shutdowns: “Why aren’t we talking about this?” When the debate around it descends to ‘aha-Modi-has-more-followers-on-twitter-than-Rihanna,’ we’re lost. Actually, we were lost when the Ministry of External Affairs led the kamikaze counter-terrorism heroics on the matter, inspiring a patriotic Celebrity Light Brigade to make its own cyber charge. (Into the Digital Valley of Doom, where tweets volleyed and thundered, undeterred by the rising gloom, rode the noble Six Hundred).

The original offending tweet, in simply wondering why we’re not talking about this, took no explicit stand or side – unlike statements from the IMF’s chief economist and director of communications, both of whom have publicly praised the farm laws (while adding ‘cautions’ about ‘safety nets’ – with all the sincerity of nicotine peddlers in the statutory warnings they stamp on their cigarette packs).

Nope, an R&B artist and an 18-year-old teenage climate activist are obviously the dangerous ones here, to be dealt with firmly and uncompromisingly. It’s reassuring to know the Delhi police are on the job. And if they move beyond global conspiracy to discover an extra-terrestrial dimension to the plot – today the globe, tomorrow the galaxy – I shall not be amongst those who mock them. As one of my favourite sayings floating about the net goes: “The surest proof of the existence of extra-terrestrial intelligence, is that they’ve left us alone.”

This article was first published on The Wire.