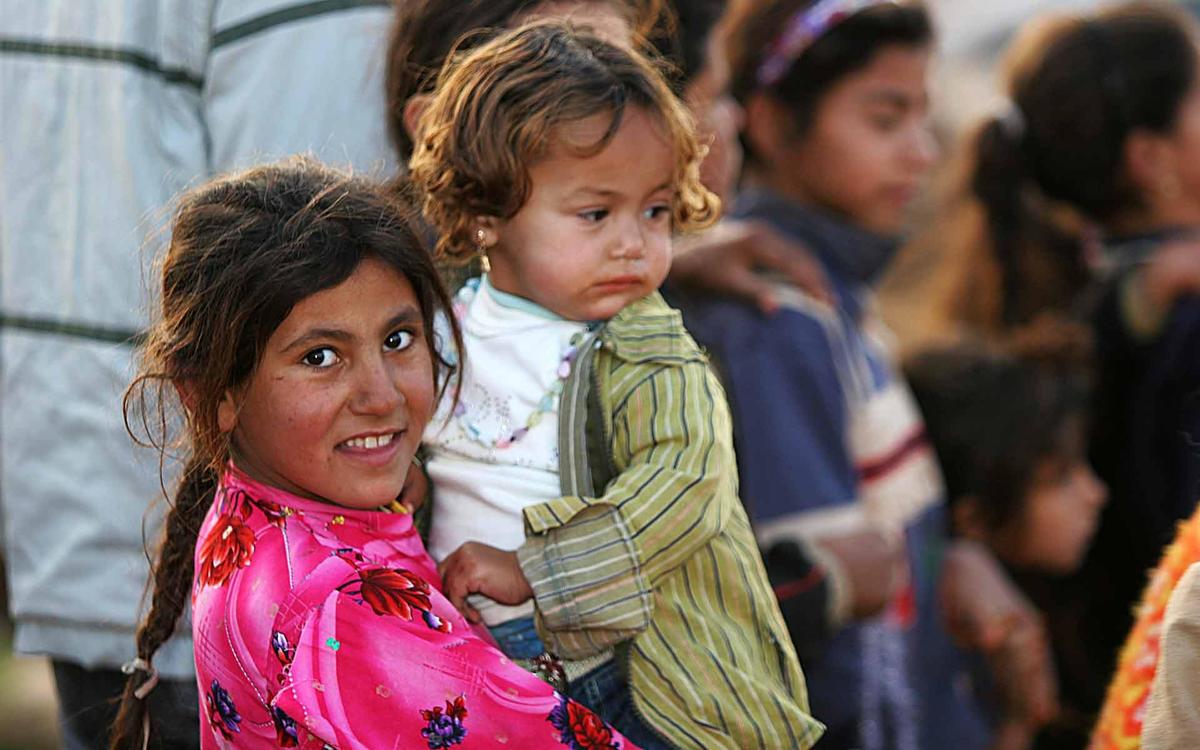 Desperate refugees crammed into cockle-shell boats landing on the shingle beaches of the south Kent coast are easily portrayed as invaders. Anti-immigrant demonstrators were exploiting such fears last weekend as they blockaded the main highway into Dover Port in order “to protect Britain’s borders”. Meanwhile, the home secretary, Priti Patel, blames the French for not doing enough to stop the flow of refugees across the Channel.

Refugees attract much attention on the last highly visible stages of their journeys between France and Britain. But there is absurdly little interest in why they endure such hardships, risking detention or death.

There is an instinctive assumption in the west that it is perfectly natural for people to flee their own failed states (the failure supposedly brought on by self-inflicted violence and corruption) to seek refuge in the better-run, safer and more prosperous countries.

But what we are really seeing in those pathetic half-swamped rubber boats bobbing up and down in the Channel are the thin end of the wedge of a vast exodus of people brought about by military intervention by the US and its allies. As a result of their “global war on terror”, launched following the al-Qaeda attacks in the US on 11 September 2001, no less than 37 million people have been displaced from their homes, according to a revelatory report published this week by Brown University.

The study, part of a project called “Costs of War”, is the first time that this violence-driven mass population movement has been calculated using the latest data. Its authors conclude that “at least 37 million people have fled their homes in the eight most violent wars the US military has launched or participated in since 2001”. Of these, at least 8 million are refugees who fled abroad, and 29 million are internally displaced persons (IDPs) who have taken flight inside their own countries. The eight wars examined by the report are in Afghanistan, Iraq, Syria, Yemen, Libya, Somalia, northwest Pakistan and the Philippines.

The authors of the study say that the displacement of people by these post-9/11 wars is almost without precedent. They compare the figures for the last 19 years with those for the whole of the 20th century, concluding that only the Second World War produced a bigger mass flight. Otherwise, the post-9/11 displacement exceeds that brought about by the Russian Revolution (6 million), the First World War (10 million), India-Pakistan Partition (14 million), East Bengal (10 million), the Soviet invasion of Afghanistan (6.3 million) and the Vietnam War (13 million).

Refugees are visible once they cross an international frontier, but IDPs are far more difficult to trace, though three-and-a-half times more numerous. They may move multiple times as the dangers they face ebb and flow. Sometimes they return to their homes, only to find them destroyed or that the means to make a living has gone. Often they must choose between bad and worse as the battlelines shift, forcing them into a nomadic existence within their own country. In Somalia, the Norwegian Refugee Council says that “virtually all Somalis have been displaced by violence at least once in their life”. In Syria, there are 5.6 million refugees but also 6.2 million IDPs with out-of-work malnourished families struggling to survive.

Some of these wars were started as a direct consequence of 9/11, notably in Afghanistan and Iraq (though Saddam Hussein had nothing to do with al-Qaeda and the destruction of the World Trade Centre). Others, like the ongoing war in Yemen, were launched by Saudi Arabia, the United Arab Emirates and other allies in 2015. But it could not have happened in the first place, and have gone on for five devastating years, without a tacit green light from Washington. With 80 per cent of the Yemeni population in dire need, the only reason there are not more refugees is that they are trapped inside Yemen by the Saudi blockade.

This willingness to launch wars and to keep them going might be less if American, British and French leaders had to pay a political price for their actions. Unfortunately, voters have never understood that the influx of refugees, to which so many of them object, is the consequence of the vast displacement caused by these post-9/11 foreign wars.

Syria surpassed Afghanistan in 2013 as the country in the world producing the most refugees. As violence and economic collapse continue, the number of Syrians forced to flee their homes is likely to go up rather than down. One feature the eight post-9/11 wars have in common is that none of them have ended, despite years of inconclusive fighting. This is why the numbers displaced is so much higher than in extremely violent but far shorter conflicts in the 20th century. The endless nature of these present-day conflicts has come to seem to be part of the natural order of things, but this is absolutely not the case.

Foreign powers pretend that they are working ceaselessly to end these wars, but they only want peace on their own terms. In Syria, for instance, the president, Bashar al-Assad, strongly backed by Russia and Iran, won the war militarily by 2017/18. It had been a long time, in any case, since the US and the west genuinely wanted to get rid of Assad because they feared his replacement by Isis or al-Qaeda-type movements.

The US is not alone in bearing responsibility for these conflicts and the mass displacement of people they caused. The Libyan war, launched by Britain and France with US backing in 2011, was advertised as saving the Libyan people from Muammar Gaddafi. In reality, it turned the country over to murderous war lords and gangsters, making Libya the gateway through which immigrants from north Africa try to make their way to Europe.

Even leaders as dim-witted as David Cameron, Nicolas Sarkozy and Hillary Clinton should have foreseen the politically disastrous consequences of these wars. They generated an inevitable refugee and immigrant wave that energised the xenophobic far right across Europe and was a deciding factor in the Brexit referendum of 2016.

In Britain, the landing of refugees and immigrants below the White Cliffs is once again becoming a hot political issue. At the other end of Europe, migrants are sleeping beside the roads in Lesbos after the burning down of the camp where they had been living.

These waves of migration – and the anti-immigrant backlash that has done so much to poison European politics – will not end while there are 37 million people displaced by these eight wars.

This will only happen when the wars themselves are brought to an end, as should have happened long ago, and the victims of the post-9/11 conflicts no longer believe that any country is better to live in than their own.