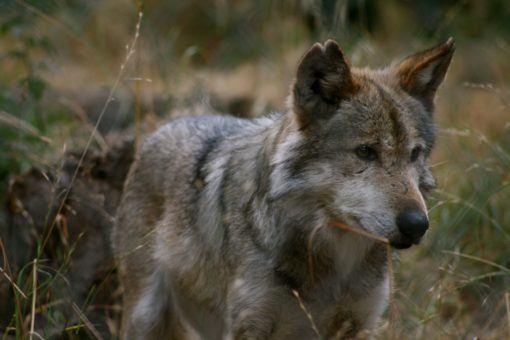 BOISE, Idaho. Newly obtained records from Idaho Department of Fish and Game (IDFG) reveal that between January and September 2020, recreational wolf hunters, the IDFG and USDA APHIS Wildlife Services killed 35 wolf pups and juveniles in Idaho, some weighing as little 16 pounds, and likely only four to six weeks old. The new records show that, in total, over 256 Idaho wolves have already been killed in Idaho in 2020—and the wolf hunting season, which runs for 11 to 12 months in much of the state, is not over yet.

Wolves in Idaho were removed from the Endangered Species list in 2011 by congressional decree, and the US Fish and Wildlife Service announced this week that the removal of wolves from Endangered Species Act protection nation-wide is “very imminent.” The recent records from Idaho show what state wolf management really looks like, and it’s ugly.

“They are killing whole litters of nursing wolf pups,” said Talasi Brooks, Staff Attorney for Western Watersheds Project. “It just puts the lie to the narrative that IDFG is ‘managing’ the species.  What they are really promoting is slaughtering native predators for no other reason than Idaho’s anti-wolf, pro-ranching agenda. Putting wolf management in the hands of the states is a recipe for disaster.”

The records reveal the brutal effects of wolf trapping. One trapped wolf had only three legs with a trap still stuck on one leg. Two wolves had cracked teeth to the bone or shattered teeth trying bite traps. One wolf trapped by Wildlife Services in July died of hyperthermia, and one wolf was found dead in a private trap. A number of wolves were gunned down by Wildlife Services in “Aerial Control Actions.”

“The slaughter of wolf pups is cruel on its face, but these records are still more disturbing because they demonstrate the agony that even so-called nonlethal traps can cause,” said Brooks. “Idaho’s 72-hour trap check time leaves wolves and other animals to languish for days, causing intense suffering and gruesome deaths, and there’s just no excuse for such cruelty.”

About 400 wolves have been killed each year in Idaho for the past several years, and 2020 seems to be on track to set records. With only about 1,000 wolves in the state, this means about 40 percent of the wolf population is removed each year. This level of population disruption leads to population-level effects among wolves, including population decline, a younger, destabilized population, and ultimately more livestock conflicts.

“This is why wolves need to be listed and protected by the Endangered Species Act,” said Brooks. “Science needs to guide decision-making, not just state-by-state hostility towards native predators.”

IDFG is accepting comment on a proposal to further expand wolf-killing in Idaho by allowing wolves to be trapped near dead animal carcasses—reviving an effort to allow wolf-baiting that previously failed following overwhelmingly negative public comments.  Comment is due by September 23.