Patterns of Occupied Palestine and Kashmir: Part 4 of Uncountable

(Today that land of Kashmir, under the heels of the enemy, has become weak, helpless and poor/Once known among the wise as Little Iran) 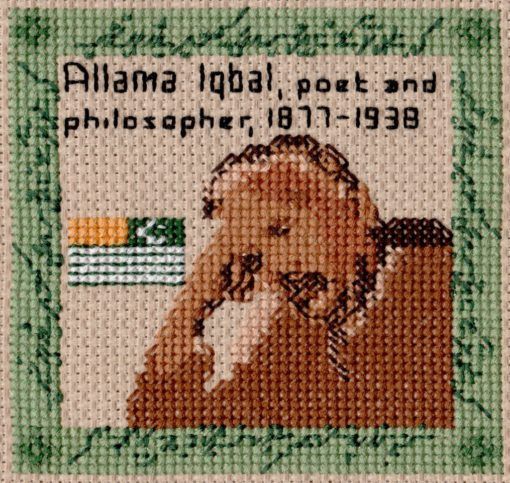 On June 14, 2018 two people representing similar struggles in two different parts of the world were murdered. One of them, 21-year-old Ahmad Ziad Tawfiq al-‘Aassi lived in occupied Palestine, and the other, 50-year-old Shujaat Bukhari lived in occupied Kashmir.

For almost half a century, Kashmir has been ruled from Delhi with the utmost brutality… Prime Ministers Benjamin Netanyahu and Narendra Modi… are now passionate bedfellows, and Israeli “advisers” have been seen again in recent years in Kashmir renewing the close intelligence and security cooperation that dates from the early 2000s. The revocation of Article 370, which protected Kashmir’s demography by restricting residency to Kashmiris alone and, under a sub-section known as Article 35A, forbade the sale of property to non-Kashmiris, and the planned division of Kashmir into three separate Bantustan statelets, bear hallmarks of the Israeli occupation in Palestine.

When it comes to heinous atrocities committed daily by Israel on the Palestinians, and  by India on the people of Kashmir, there is zero accountability. The vicious cycle of impunity enjoyed by these two occupying powers has deep roots in their respective exceptionalist ideologies: Zionism and Hindutva. As pointed out by the online news organization MEE, “Modi and Netanyahu quickly bonded in 2014 over their zealous objective to consolidate total and absolute power over their territories. They also recognized in each other the similarity of their ambitions to build supremacist democratic states with a single culture, a single race and a single nation.”

Cross-pollinate Zionism and Hindutva and you get Zionutva — a hybrid fantasy. This is all bullshit… They [Hindutva] are actually hiding a dark Hindu fantasy of destroying Kashmiri Muslims and reducing them to a minuscule minority so that they can always rule them and they will be enslaved. Overnight their identity, their dignity, their everything has been lost. Kashmir has a 5000 years history as a country, all that goes down the drain…

Zionutva’s a fantasy, because as Prof. Nayeem describes, there can never finally be a Hindu Rashtra, or for that matter a Greater Israel on this dying planet. Before that can happen, the doomsday clock will strike midnight. Israel and India, along with bipartisan support from the United States of America — all of whom have nuclear weapons — have made it clear that they will use their ill-gotten freedom and democracy to deny the occupied Palestinians and Kashmiris their freedom and rights to self-determination. And the people of Palestine and Kashmir for their part have made it even more clear that they will stop short of nothing but getting their Azadi (Freedom) from the occupying fantasies of Zionutva. Their resistance to occupation will continue till the end of everything, or Azadi, whichever comes first.

So who are these faces and places of resistance? These stone-throwers and their brothers and sisters; these children lined up in white shrouds; these women and their sons; these obliterated families; these olive orchards with occupier-felled trees; these warehouses full of rotting apples that never made it to the market because of Kashmir’s communication lockdown; these chests wearing PRESS vests who never made it home?

Or what about these pairs of Palestinians and Kashmiris who were killed by Zionutva forces on the same day, like journalist Shujaat Bukhari and protester Ahmad Ziad; these barricaded farmlands; these artisans of vanishing crafts; these martyred “militants”; these unmarked gravesites; these endangered creatures; these stolen streams, mountains, villages and neighborhoods; these prescient professors like Hameeda Nayeem; these old and young enveloped in a debris of memories; these everything that has been occupied? Slowly but surely. I have a very profound belief that it is difficult to have peace in the Middle East without minimal accountability certainly for the largest crimes.

Estimates suggest that between 750 and 3,500 Palestinians were killed in the Sabra and Shatila massacre between September 16 and 18, following the Israeli invasion of Lebanon in 1982. The massacre was carried out by Phalange, a right-wing Maronite Christian militia with full support and coordination of the Israelis.

According to Shibli Mallat “hundreds of Palestinians were rounded up [and taken to the stadium in Beirut] under the supervision and control and with interrogation of the Israeli forces.”  A cameramen who was there filmed the scene and said that the interrogations took place after the massacre.

According to Mahmoud Younis, a dental technician in Shatila, “the militia took us to the sports stadium and put us under the stairs. There were many women and children. Behind the sandbank Israeli soldiers were standing with Lebanese forces. They were together.” Mahmoud was only 12 when the massacre happened and lost his father, uncle, three brothers and three cousins. 18-month-old Ali, along with his mother Reham and farther Saad were killed in an arson attack carried out by Israeli settlers in the Palestinian village of Duma in the Occupied West Bank on July 31, 2015. Ali was burnt alive in the incident, while Reham and Saad succumbed to their injuries in the coming weeks. Ali’s brother Ahmad, now 9, suffered burns on 60 percent of his body and survived the attack.

In a 2017 interview with Al Jazeera, Hussein Dawabsheh, Ahmad’s grandfather said that “when Ahmad goes to take a shower he looks at his body and asks why is my body like that? What shall I do? Why did they do that to me?”

“They,” the Israeli settlers, did this to Ahmad’s body because they can. They, along with Israeli Occupation Forces want to make an example of him, and Ali, and Reham and Saad, and other Palestinian families like them. Otherwise why would they make statements like this today and get away with it: “We will burn you as we did with Dawabsheh’s family?” After all, reports openDemocracy “Less than 9% of the settlers’ attacks committed against Palestinians as well as their properties are punished.”

Whether you’re a journalist or a protester or a farmer or an exporter of farm produce in occupied Palestine and Kashmir, Zionutva strikes you indiscriminately and with uninterrupted impunity. Take for instance these portraits of Shujaat Bukhari and Abdul Hameed Khan in Kashmir and Ahmad Ziad Tawfiq al-‘Aassi and Yusef a-Shawamreh in Palestine: In a July 2016 BBC News article titled “My Kashmir Newspaper Has Been Shut Down, And I’m Not Surprised,” Shujaat Bukhari, a senior journalist and editor of the English paper daily Rising Kashmir, wrote that “for us these restrictions [imposed by an information blockade] are not new. Since the outbreak of armed rebellion in Kashmir in early 1990, media in the region has had to work on a razor’s edge in what is effectively the world’s most heavily militarized zone… Threats to life, intimidation, assault, arrest and censorship have been part of the life of a typical local journalist.” Two years after Bukhari wrote that article, on the night before Eid-ul-Fitr, he would become one of 19 journalists murdered in Kashmir since 1990.

On that same day, on June 14, 2018, in occupied Palestine, Ahmad Ziad Tawfiq al-‘Aassi would die of serious wounds to the head that he had suffered days earlier in Khan Younis in southern Gaza. His death would bring the number of Palestinians killed by occupation forces in the context of the Great March of Return protests to 126, including 2 journalists. 14-year-old Palestinian Yusef a-Shawamreh was shot and killed by Israeli soldiers on March 19, 2014, as he crossed the Separation Barrier to pick Gundelia from his family’s farmland that lies on the other side of the fence. According to B’Tselem, the Israeli Information Center for Human Rights in the Occupied Territories, Gundelia is “a thistle-like edible plant annually harvested at this time of year that serves as an important source of income” for the residents of the village of Deir al-‘Asal al-Foqa in the occupied West Bank where Yusef was from. “Shawamreh was shot when he and two friends… were going through a wide breach in the Separation Barrier.” There has been no justice for the killing of Yusef.

And Abdul Hameed Khan, a victim of India’s recent assault on Kashmir’s autonomy, tells us that “each year I export about 200,000 boxes of apples in the domestic markets across India. This year, because of the situation, farmers aren’t able to send their produce to market. They don’t know where to send it because communications lines aren’t working.” Today is the second anniversary of the Intifada — the popular uprising of the Palestinian people. In the past two years over 800 people have been killed, and tens of thousands have been arrested. Because media coverage of the Intifada is incomplete and inconsistent it is difficult to know exactly what the situation really is in Occupied Palestine… Israel is the largest recipient of U.S. foreign aid and the tear gas the Israeli military uses is made in the United States.

15-year-old Ashraf Eid was one of those hundreds killed in the first Palestinian Intifada. There is no record of the day he died.

These faces look out at us from within the debris of these hollowed-out democracies and the uncountable memories of occupation.