Solidarity Without Erasure: Responding to Trump on Puerto Rico 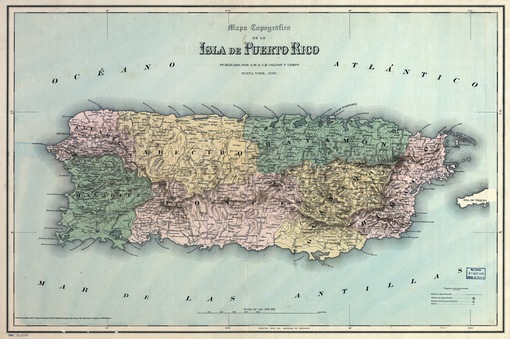 The debate about Puerto Rico, between President Donald Trump and American liberals and progressives has an ironic twist, from which we cannot derive much merriment.

Trying to hurt us, Trump recognizes our identity. Liberals and progressives, in solidarity with us, inadvertently, erase it.

Of the evil nature of Trump’s agenda there can be no doubt. Nor do we doubt the generous intention of the liberal and progressive response mentioned above. But what we in Puerto Rico need in the struggle against Trump is solidarity, yes, but solidarity without erasure.

What would that response to Trump look like? Roughly as follows:

Indeed, Puerto Ricans are not Americans; they are a people with their own identity and culture, as valuable and rich as any other.

Indeed, Puerto Rico receives a substantial amount of federal funds (not the fantastic sum claimed by the President). But such funds are the subsidy required by the imbalances and limitations of Puerto Rico’s narrow and one-sided economy, a direct result, in turn, of the existing colonial relation. Historically, a handful of corporations have benefited from this arrangement, at the expense of the Puerto Rican people, saddled with a colonial economy, incapable of providing employment or satisfying their needs, and at the expense of the American people, who bear the cost of partially mitigating the impact of colonial rule.

It is in the interest of both the Puerto Rican and American people that Puerto Rico reconstructs and acquires an economy capable of guaranteeing its material well-being, which provides for its people and does not require massive subsidies to avoid a descent into unbearable misery. And Puerto Rico is entitled to substantial support in this endeavor, as partial compensation for the impact of more than a century of colonial mis-development, which, needless to say, did not start with Trump.

This includes facilitating a process of auditing Puerto Rico’s debt, and canceling the portion that is demonstrably illegitimate and unsustainable. It includes eliminating the federal control board that now imposes punishing austerity policies on an already depressed economy, created, it should be remembered, under, not Trump, but Obama.

Needless to say, American working people need the same type of economic, social and environmental reconstruction that Puerto Rico requires. There is no contradiction between the progressive agenda in the United States and Puerto Rico’s need for economic reconstruction and decolonization. Quite the contrary: there is a perfect fit. We have the same objectives, the well-being of the working and oppressed majorities, and the same enemies, the corporate and privileged 1%.