Progressive and Neoliberal Evasions in the Era of Trump: What the Inequality Data Show 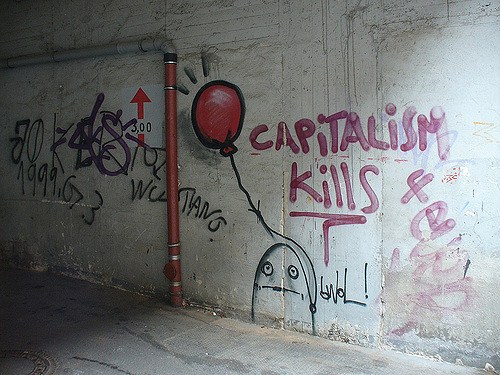 One does not have to plow through Thomas Piketty’s Capital in the Twenty-First Century (2013) in order to grasp the radical changes in income and wealth inequality over the past four decades which fundamentally determined Donald Trump’s victory last November. Instead, one can examine a few of the charts at the end of two more recent reports by Piketty and his Berkeley colleagues Emmanuel Saez and Gabriel Zucman: “Wealth Inequality in the United States Since 1913: Evidence from the Capitalized Income Tax Data” (2014); and “Distributional National Accounts: Methods and Estimates for the United States” (2016).

The latter report focuses on radical changes in income inequality between two post-World War II periods: 1946-1980 and 1980-2014. The authors’ goal is to capture 100% of national income; that is, the income of every individual adult over age 18 from any source—wages, capital (investment income), benefits, and government transfers—which collectively is roughly equal to the yearly Gross Domestic Product. This identity is true for both pre-tax and post-tax-and-government-spending income data; but it is the latter data that make the most honest case for a radical increase in economic inequality since 1980. Increased income inequality pertaining to both labor and capital income in turn explains much of the parallel increase in household wealth inequality, which is often popularly emphasized because the accumulated wealth figures are so much more starkly unequal.

Unlike these economists, I have a polemical purpose as well. It is to counter assertions by many of those who identify as liberals and/or progressives that Donald Trump’s victory primarily signifies a racist/misogynist and white identity-driven agenda rather than a justified reaction to the increased hardships and decreased opportunities visited by neoliberalism on the white working class.

Eight years of neoliberalism with a Democratic Party face—not a black or female face—resulted in white voters with some college or less increasing their Republican margin from 20% (2008) to 40% (2016). Hillary Clinton, with her roots in both neoliberal (more inequality) and neoconservative (more war) policies, had nothing to offer these voters except vicarious identification with her glass ceiling, and she offered that nothing in a condescending manner. Nor had Obama anything economically meaningful to offer, as it turned out, in spite of the relative faith shown in him by white working class voters. Meanwhile, Trump campaigned on a rejection of both of these establishment doctrines.

What the national income data show

Piketty’s et al.’s national income data set compares two periods of economic growth among the full population, the bottom 50%, the middle 40%, the top 10%, and four additional categories within the top 10%. From 1946-1980, overall real per capita (age 18 and over) growth was 95%. Both the bottom 50% and the middle 40% had (post-tax) growth rates higher than this: 102% and 105%, respectively. Therefore, these groups gained a larger share of the overall economic pie during this period. Meanwhile, top 10% income grew at a rate of 79%, signifying a decreasing share of total income. Moreover, all four groups with the top 10%—1%, .1%, .01%, and .001%—also found themselves during this 35-year period with decreased shares of post-tax income, with the real per capita growth rate of the top 1% at only 47%.

The concrete results of this shift can be extrapolated from the data as follows, by calculating an alternative scenario in which the income of all groups grew at the overall rate (61%), and comparing that to their actual growth. From these figures, we can derive the amount of income effectively transferred in 2014 from the bottom 90% to the top 10% due to decreased/increased income shares:

At least three additional findings from the income data are relevant in this context:

Second, while capital (investment) income has overall remained at 30% over an entire century, for the top 10% the capital share has remained above 40%; for the top 1%, 60%, and for the top .1%, nearly 70%. While these figures have not changed dramatically over a long period, it’s worth noting the increasing dominance of capital over labor income as one moves up the total income ladder.

Increasing disparities in individual income of course ensure increasing disparities in household wealth, to the point where these disparities are simply inconceivable except in terms of the contrast between materially-based human suffering and superfluous abundance. This suffering, experienced and witnessed well beyond those technically defined as impoverished, cannot be wished away by identity politics, in the name of progressivism, anti-fascism, or anything else.