Israel Moves to Check Its Artists 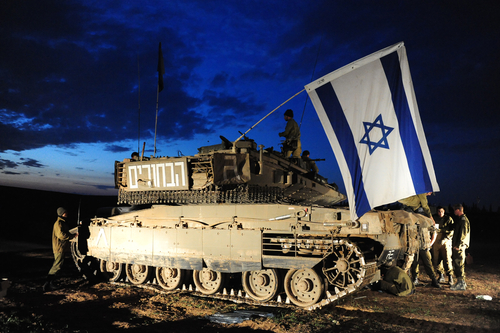 A new thought occurred to Rami. It soothed him like a gentle caress. Not all men are born to be heroes. Maybe I wasn’t born to be a hero. But in every man there’s something special, something that isn’t in other men. In my nature, for instance, there’s a certain sensitivity. A capacity to suffer and feel pain. Perhaps I was born to be an artist.

As a writer/photographer and a tax-paying American citizen, a story in the New York Times about Israel’s culture wars made me cringe. It seems the powerful, militarist right in Israel — so committed to expansion and settlements in the West Bank — is now trying to suppress ideas among the nation’s artistic and literary minds.

Human creativity amounts to an individual human mind with its rich, active sub-conscious engaging in a dialogue with the outer realities of life. The mash-up that results is called Art. It’s a process that’s often infused with a subversive sensibility at odds with established power. In his perfect republic, Plato banned poets. Tyrants throughout history have been threatened by artists and writers. Hitler, of course, gave up on an artistic career in order to rule Germany and the world as his own personal work of art; he had men like Joseph Goebbels to assure artists and writers weren’t a threat. Art that didn’t promote Aryan purity and German superiority was “decadent” and banned; careers were destroyed. The impulse to attack artists and to cut off their patronage and funding is as old as tyranny itself.

It’s the perennial struggle between Power and Truth. In the short-term, Power can, and often does, run over Truth like a tank in the streets; while in the long run, Truth has the tendency to eat away at, and undermine, that Power. It’s at this juncture — when Power has made its play and relegated Truth to writhing in the dust — that the book burners and the state culture warriors begin to attack the arts for disloyalty, a failure of patriotism or in the end with trying to destroy the state.

In the novel Elsewhere, Perhaps, Amos Oz uses a mixture of third person and first person narration that ends up making the kibbutz called Metsudat Ram a character in his story. The character Rami, referenced in the quote at the top, is a sensitive young man. His father is dead and his older brother Yoash was killed in the Suez action. Part of him wants to be a hero like Yoash. He doesn’t want to be a mama’s boy. So he joins the infantry to fight Israel’s enemies. While away, his girlfriend Noga takes up with an older man. Rami’s artistic sensibilities haunt him. In the end, he becomes a synthesis of tough and sensitive and marries Noga.

This week, a far-right group called Im Tirtzu began a poster campaign against Israeli writers like Oz, A.B. Yehoshua and David Grossman. They have been referred to as “moles in culture.” Prime Minister Benjamin Netanyahu had the wisdom to condemn the effort, though it is a member of his cabinet — Minister of Culture and Sports Miri Regev — who is behind an initiative known as “Loyalty in Culture,” which would restrict funding to artists deemed disloyal to Zionism and the state of Israel. The effort’s goal, she said, is “for the first time to make support for a cultural institution dependent on its loyalty to the state of Israel.”

Israel is hardly the worst in seeking to discourage troublesome ideas. Our other Middle Eastern ally in Egypt, President Abdel Fattah el-Sisi, just arrested a young Facebook player for satirizing in a cartoon one of Sisi’s political henchmen: He drew the man interceding in a torture session and asking the torturer to please beat his victim more “gently.” Another was a 22-year-old who drew Mickey Mouse ears on an image of President Sisi; he was given three years in a hard prison. My favorite is the four Coptic teenagers charged with insulting religion because of an online video that mocked the Islamic State. Even more vigilant, Saudi Arabia has been lopping off heads and sentencing errant young artists to a thousand public lashes with a cane.

Western societies like Israel tend to not arrest artists but to put the squeeze on funding sources that encourage art or they restrict venue access. In the case of Israel, this means no support for artists who refuse to perform in the occupied West Bank or artists who refuse to express loyalty to the Israel national anthem and the flag, something problematic for Arab Israeli citizens. For example, Israeli Education Minister Naftali Bennett banned from high school reading lists a novel called Borderlife by Dorit Rabinyan, a story of a romance between an Israeli woman and a Palestinian man. The ministry said the novel “could incite hatred and cause emotional storms.” On the plus side, the censorship debate increased the novel’s sales.

Restricting artistic expression to that friendly to Israeli occupation of Palestinian land encourages polarization and violence and makes forgiveness that much less likely to happen. It makes forging common ground among Israelis and Palestinians more difficult. It helps dim hope of moving beyond the dangerous, asymmetrical and violent stalemate that is Israel/Palestine. Reading stories and seeing films about the richness, complexity and basic humanity of people deemed “the enemy” softens prejudice. Humor may be the most destructive artistic move against hate and violence. Amos Oz observes in one of his essays that he can’t imagine a fanatic or extremist with a sense of humor.

In 1957, Albert Camus wrote an essay called “Create Dangerously” that focuses on art and courage. During WWII he had been in the resistance, and his work as writer and editor on the publication Combat amounted to a death warrant. He’s writing about artistic integrity, politics and realism. Here’s what he wrote:

“Art advances between two chasms, which are frivolity and propaganda. On the ridge where the great artist moves forward, every step is an adventure, an extreme risk. In that risk, however, and only there, lies the freedom of art.”

The winds are cold and wooly up on that ridgeline, but this artist of his is serious about engaging with the world. Below, to one side, there’s titilating violence, sex and stimulation and on the other side there’s institutional comfort, security and power. There are many temptations and arguments to convince an artist to stop freezing his ass off up on top of that lonely ridge.

Recently, I watched the latest film of Palestinian director Elia Suleiman, The Time That Remains. I’m not sure how the film fared in Israel. It sure isn’t “patriotic” about the Israeli disruption and occupation of Arab and Palestinian lives in Nazareth. To me, this film is a perfect example of an artist working Camus’ ridge. It’s very much “Fellini-esque” — that is, many of the artfully constructed scenes are jokes with a droll visual punchline. Suleiman was born in Nazareth, but was a long-time resident and filmmaker working in New York City. He recently returned to his childhood home in Nazareth. Suleiman himself appears in the opening and in the final third of the film in one absurd scene after another; he has a strange, painful stand-off of sorts with his dying mother. Some of the film is surreal; some of it is outright slapstick. Like Fellini’s Amarcord, it takes place in an autobiographical no-man’s land between fiction and non-fiction. You feel it’s a movie going on in Suleiman’s head. From the first reenactments of Suleiman’s family life starting in 1948 to the stunned, frozen-faced, Buster Keaton-like images of the director at the end you get a convincing sense of life lived under a military occupation that gets only more insulting as time goes on.

Is a film that ridicules Israeli militarism a threat to the state of Israel? Someone with a Camus-like appreciation for true art would say, no, everybody needs to better understand what it’s like for “the other” — a concept that has fallen away in popularity as politics have become more personal and more warlike. For state operatives, the question then might become, do you show such a film to high school students? It could “incite hatred and cause emotional storms.” Why should the state support a film like this in any way? In fact, we’ll float the idea that a good Israeli avoids such films. What we want to do is put the kibosh on books and ideas that don’t adhere to the correct myth of victimhood and resilience, that don’t advance an arrogant, European-colonialism-rooted, ironwall view of Israel. The point is to discourage thinking outside the box — or borders.

Here’s Camus again: “Great ideas, it has been said, come into the world as gently as doves. Perhaps then, if we listen attentively, we shall hear, amid the uproar of empires and nations, a faint flutter of wings, the gentle stirring of life and hope. Some will say that this hope lies in a nation; others, in a man. I believe, rather, that it is awakened, aroused, nourished by millions of solitary individuals whose deeds and works every day negate frontiers and the crudest implications of history.”

Let’s hope, as UN General Secretary Ban Ki-moon put it in a recent New York Times op-ed, “[T]he time has come for Israelis, Palestinians and the international community to read the writing on the wall: The status-quo is untenable.” Let’s hope more and more people get fed up with the usual top-down, profit-motivated storytelling and plug into real stories about the “millions of solitary individuals … [who] negate frontiers.” Enough of the violent, special-ops approach to peace. It’s time to give Art a chance. As Freud might prescribe: More Eros, less Thanatos.

Camus understood that encouraging understanding and empathy was the way to peace. So far, empathy has struck out in the Middle East. But maybe like sales of the novel Borderlife, the Netanyahu government’s efforts to censor certain ideas and artists will backfire and peace will one day blossom in Israel/Palestine.