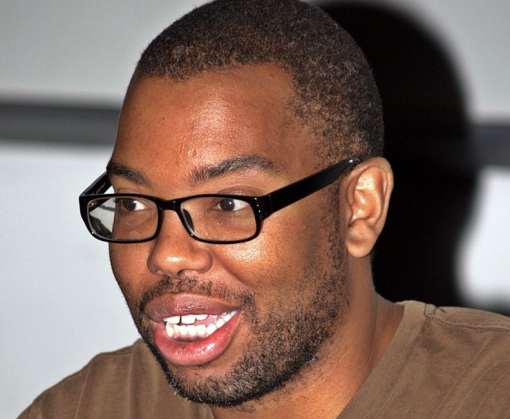 Ta-Nehisi Coates is leading the most pertinent conversation about race and reparations. Responses range from heartbreaking affirmations to vapid denial. We shouldn’t question whether he is right or wrong, but we should question whether we are dreaming big enough.

To be sure, the history of late 19th and early 20th century American imperialism alone is a study of global plunder. Conceptions of white superiority drove 1890s debates concerning the possible annexation of Pacific territories such as the Philippines and Hawaii. Imperialists and anti-imperialists alike worried that non-whites might corrupt American racial purity by allowing Pacific peoples to be eligible for American citizenship. In the 1960s the Black Panther Party argued that the imperial tradition had a hold on a contemporary “black colony” within U.S. borders. Their platform simply demanded reparations that kept their families alive, safe, and allowed for equal opportunity: “bread, housing, education, clothing, justice, and peace.” Even one of the most celebrated pieces of legislation, the G.I. Bill, designed to care for American service men and women allowed for Jim Crow laws to discriminate between black and white veterans.

If we shift our perspective, we can also see the damage that American foreign policy had on people around the world. Immediately following the acquisition of Cuba during the Spanish-American War, the United States established a permanent base at Guantanamo Bay. Historian Jana Lipman writes that the naval base, established in 1903, became a source of U.S. neocolonialism as the privatization of the base searched for the cheapest form of labor at the expense of the Cuban people by first employing non-Cubans. How do we compensate those Cubans, Asians, Africans, and Mexicans who were exploited by such bending of international law? This says nothing to the reparations owed to unlawfully held prisoners at the Guantanamo Bay detention center established in 2002. When you uproot someone’s life for decades at a time, should those declared innocent not be compensated for their displacement, unemployment, or imprisonment?

What should we make of those innocents who died during America’s foreign wars? What form of payment can we make to families shattered and lives lost during the Spanish-American War, World War I, World War II, the Korean War, the Vietnam War, the Gulf War, the War in Afghanistan, the War in Iraq, and the current war on ISIL? Who is compensated when American strategy allows for “avoidable human error” that results in the destruction of neutral hospitals and the death of patients and humanitarians? Is the human cost of victory, as historian William Hitchcock asks, even considered? How can we financially replace the irreconcilable damage inflicted on those who experienced the U.S.’ intervention in the Russia, Lebanon, Somalia, Yugoslavia civil wars? Are our pocketbooks deep enough to make amends with those who were tortured by more than 50 U.S.-backed authoritarian regimes during the Cold War? In 1988, we were only capable of paying out $20,000 to some 100,000 Japanese who were held in World War II American internment camps – and, still, memory haunts those today whose families were destroyed.

The problem with the current reparations plan is that it’s too narrow. So, how do we right a wrong against a majority? One strategy might be to study human rights indices to understand who is impacted by U.S. human rights violations. The United Nations Human Rights Office publishes a Human Rights Index which consistently criticizes police brutality, inhumane prison policies, the deprivation of liberty, the use of torture, and racial discrimination; all of which only confronts domestic abuses. On the other hand, the Human Rights Watch World Report 2016 starkly condemns U.S. foreign policy and military strategies that support countries that use child soldiers, that allow for the expansion of drone strikes, and for supplying military assistance to regimes that disrespect human rights.

The U.S. State Department’s website defends human rights as a cornerstone of the United States history and that “a central goal of U.S. foreign policy has been the promotion of respect for human rights, as embodied in the Universal Declaration of Human Rights.” Is the State Department willing to stand by this claim with such blatant violations of basic human rights both inside and outside of the country? Surely their defense is conspicuous in light of the government’s unwillingness to ratify several important international human rights treaties. If so, then surely they would be willing to right the wrongs of the past in order to reform the future.

American military, political, and economic strength comes at the cost of domestic and foreign fortunes, heritages, cultures, histories, and countless unknown lives. The U.S. has a dark history whose triumphalist narrative hinges on the exploitation of Native Americans who abandoned their lives to escape death from plague and war, Africans and African-Americans who lived and died in slavery, non-whites who suffered from discriminatory housing policies, immigrants who were and are barred access to the United States because of their homeland, skin color, and religion, homosexuals whose lives were destroyed during paranoid witch-hunts, women whose success remains underappreciated and underpaid, and the poor whose homes were taken by reckless banking practices.

One predominant question remains in our case for reparations: what does compensation look like and who will it benefit? We have to decide whether lives altered by America’s preponderance of power deserve financial reparations or if progressive legislation can improve the lives affected by U.S. policies. Can legislation permanently right discriminatory practices across the board, should we try political leaders for human rights violations, or is it enough for the government to pay of its debts through restitution? The larger question may be related to what improves our moral psyche, soothes our national consciousness, and redeems our tarnished past.

The fact that this article encompasses so many people and still only accounts for a sliver of those who felt and continue to feel the full force of American, discrimination, imperialism, and militarism suggests that we’ve only began to scratch the surface of such an imaginative reparations strategy. If, as Ta-Nehisi so rightly argues, reparations must begin with creativity, should impact those that are currently alive, and should begin with a plan, then those engaged in this conversation have to consider the cumulative wrongdoing of the past and present on all peoples.

Cody J. Foster is a Ph. D. candidate in history at the University of Kentucky.