The decision of the Chipotle restaurant chain to make its product lines GMO-free is not most people’s idea of a world-historic event. Especially since Chipotle, by US standards, is not a huge operation. A clear sign that the move is significant, however, is that Chipotle’s decision was met with a tidal-wave of establishment media abuse. Chipotle has been called irresponsible, anti-science, irrational, and much more by the Washington Post, Time Magazine, the Chicago Tribune, the LA Times, and many others. A business deciding to give consumers what they want was surely never so contentious.

The media lynching of Chipotle has an explanation that is important to the future of GMOs. The cause of it is that there has long been an incipient crack in the solid public front that the food industry has presented on the GMO issue. The crack originates from the fact that while agribusiness sees GMOs as central to their business future, the brand-oriented and customer-sensitive ends of the food supply chain do not. 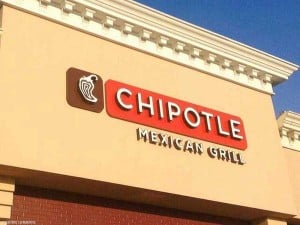 The brands who sell to the public, such as Nestle, Coca-Cola, Kraft, etc., are therefore much less committed to GMOs. They have gone along with their use, probably because they wish to maintain good relations with agribusiness, who are their allies and their suppliers. Possibly also they see a potential for novel products in a GMO future.

However, over the last five years, as the reputation of GMOs has come under increasing pressure in the US, the cost to food brands of ignoring the growing consumer demand for GMO-free products has increased. They might not say so in public, but the sellers of top brands have little incentive to take the flack for selling GMOs.

From this perspective, the significance of the Chipotle move becomes clear. If Chipotle can gain market share and prestige, or charge higher prices, from selling non-GMO products and give (especially young) consumers what they want, it puts traditional vendors of fast and processed food products in an invidious position. Kraft and MacDonalds, and their traditional rivals can hardly be left on the sidelines selling outmoded products to a shrinking market. They will not last long.

MacDonald’s already appears to be in trouble, and it too sees the solution as moving to more up-market and healthier products. For these much bigger players, a race to match Chipotle and get GMOs out of their product lines, is a strong possibility. That may not be so easy, in the short term, but for agribusiness titans who have backed GMOs, like Monsanto, Dupont, Bayer and Syngenta; a race to be GMO-free is the ultimate nightmare scenario.

Until Chipotle’s announcement, such considerations were all behind the scenes. But all of a sudden this split has spilled out into the food media. On May 8th, Hain Celestial told The Food Navigator that:

“We sell organic products…gluten-free products and…natural products. [But] where the big, big demand is, is GMO-free.”

According to the article, unlike Heinz, Kraft, and many others, Hain Celestial is actively seeking to meet this demand. Within the food industry, important decisions, for and against GMOs, are taking place.

Why the pressure to remove GMOs will grow

The other factor in all this turmoil is that the GMO technology wheel has not stopped turning. New GMO products are coming on stream that will likely make crop biotechnology even less popular than it is now. This will further ramp up the pressure on brands and stores to go GMO-free. There are several contributory factors.

The first issue follows from the recent US approvals of GMO crops resistant to the herbicides 2,4-D and Dicamba. These traits are billed as replacements for Roundup-resistant traits whose effectiveness has declined due to the spread of weeds resistant to Roundup (Glyphosate).

The causes of the problem, however, lie in the technology itself. The introduction of Roundup-resistant traits in corn and soybeans led to increasing Roundup use by farmers (Benbrook 2012). Increasing Roundup use led to weed resistance, which led to further Roundup use, as farmers increased applications and dosages. This translated into escalated ecological damage and increasing residue levels in food. Roundup is now found in GMO soybeans intended for food use at levels that even Monsanto used to call “extreme” (Bøhn et al. 2014).

The two new herbicide-resistance traits are set to recapitulate this same story of increasing agrochemical use. But they will also amplify it significantly,

The specifics are worth considering. First, the spraying of 2,4-D and Dicamba on the newer herbicide-resistant crops will not eliminate the need for Roundup, whose use will not decline (see Figure). That is because, unlike Roundup, neither 2,4-D nor Dicamba are broad-spectrum herbicides. They will have to be sprayed together with Roundup, or with each other (or all of them together) to kill all weeds. This vital fact has not been widely appreciated.

The second issue is that the combined spraying of 2,4-D and Dicamba and Roundup, will only temporarily ease the weed resistance issues faced by farmers. In the medium and longer terms, they will compound the problems. That is because new herbicide-resistant weeds will surely evolve. In fact, Dicamba-resistant and 2,4-D-resistant weeds already exist. Their spread, and the evolution of new ones, can be guaranteed (Mortensen et al 2012). This will bring greater profits for herbicide manufacturers, but it will also bring greater PR problems for GMOs and the food industry. GMO soybeans and corn will likely soon have “extreme levels” of at least three different herbicides, all of them with dubious safety records (Schinasi and Leon 2014).

The first time round, Monsanto and Syngenta’s PR snow-jobs successfully obscured this, not just from the general public, but even within agronomy. But it is unlikely they will be able to do so a second time. 2,4-D and Dicamba-resistant GMOs are thus a PR disaster waiting to happen.

A pipeline full of problems: risk and perception

The longer term problem for GMOs is that, despite extravagant claims, their product pipeline is not bulging with promising ideas. Mostly, it is more of the same: herbicide resistance and insect resistance.

The most revolutionary and innovative part of that pipeline is a technology and not a trait. Many products in the GMO pipeline are made using RNA interference technologies that rely on double-stranded RNAs (dsRNAs). dsRNA is a technology with two problems. One is that products made with it (such as the “Arctic” Apple, the “Innate” Potato, and Monsanto’s “Vistive Gold” Soybeans) are unproven in the field. Like its vanguard, a Brazilian virus-resistant bean, they may never work under actual farming conditions.

But if they do work, there is a clear problem with their safety which is explained in detail here (pdf).

In outline, the problem is this: the long dsRNA molecules needed for RNA interference were rejected long ago as being too hazardous for routine medical use (Anonymous, 1969). The scientific literature even calls them “toxins”, as in this paper title from 1969: Absher M., and Stinebring W. (1969) Toxic properties of a synthetic double-stranded RNA. Nature 223: 715-717. (not online)

As further evidence of this, long dsRNAs are now used in medicine to cause autoimmune disorders in mice, in order to study these disorders (Okada et al 2005).

The Absher and Stinebring paper comes from a body of research built up many years ago, but its essential findings have been confirmed and extended by more modern research. We now know why dsRNAs cause harm. They trigger destructive anti-viral defence pathways in mammals and other vertebrates and there is a field of specialist research devoted to showing precisely how this damages individual cells, whole tissues, and results in auto-immune disease in mice (Karpala et al. 2005).

The conclusion therefore, is that dsRNAs that are apparently indistinguishable from those produced in, for example, the Arctic apple and Monsanto’s Vistive Gold Soybean, have strong negative effects on vertebrate animals (but not plants). These vertebrate effects are found even at low doses. Consumers are vertebrate animals. They may not appreciate the thought that their healthy fats and forever apples also contain proven toxins. And on a business front, consumer brands will not relish defending dsRNA technology once they understand the reality. They may not wish to find themselves defending the indefensible.

The bottom line is this. Either dsRNAs will sicken or kill people, or, they will give opponents of biotechnology plenty of ammunition. The scientific evidence, as it currently stands, suggests they will do both. dsRNAs, therefore, are a potentially huge liability.

The last pipeline problem stems from the first two. The agbiotech industry has long held out the prospect of “consumer benefits” from GMOs. Consumer benefits (in the case of food) are most likely to be health benefits (improved nutrition, altered fat composition, etc.). The problem is that the demographic of health-conscious consumers no doubt overlaps significantly with the demographic of those most wary of GMOs. Show a consumer a “healthy GMO” and they are likely to show you an oxymoron. The likely health market in the US for customers willing to pay more for a GMO has probably evaporated in the last few years as GMOs have become a hot public issue.

The end-game for GMOs?

The traditional chemical industry approach to such a problem is a familiar repertoire of intimidation and public relations. Fifty years ago, the chemical industry outwitted and outmanoeuvered environmentalists after the death of Rachel Carson (see the books Toxic Sludge is Good for You and Trust Us We’re Experts). But that was before email, open access scientific publication, and the internet. Monsanto and its allies have steadily lost ground in a world of peer-to-peer communication. GMOs have become a liability, despite their best efforts.

The historic situation is this: in any country, public acceptance of GMOs has always been based on lack of awareness of their existence. Once that ignorance evaporates and the scientific and social realities start to be discussed, ignorance cannot be reinstated. From then on the situation moves into a different, and much more difficult phase for the defenders of GMOs.

Nevertheless, in the US, those defenders have not yet given up. Anyone who keeps up with GMOs in the media knows that the public is being subjected to an unrelenting and concerted global blitzkrieg.

Pro-GMO advocates and paid-for journalists, presumably financed by the life-science industry, sometimes fronted by non-profits such as the Bill and Melinda Gates Foundation, are being given acres of prominent space to make their case. Liberal media outlets such as the New York Times, the National Geographic, The New Yorker, Grist magazine, the Observer newspaper, and any others who will have them (which is most) have been deployed to spread its memes. Cornell University has meanwhile received a $5.6 million grant by the Gates Foundation to “depolarize” negative GMO publicity.

But so far there is little sign that the growth of anti-GMO sentiment in Monsanto’s home (US) market can be halted. The decision by Chipotle is certainly not an indication of faith that it can.

For Monsanto and GMOs the situation suddenly looks ominous. Chipotle may well represent the beginnings of a market swing of historic proportions. GMOs may be relegated to cattle-feed status, or even oblivion, in the USA. And if GMOs fail in the US, they are likely to fail elsewhere.

Endnote: The report by Jonathan Latham and Allison Wilson on RNA interference and dsRNAs in GMO crops is downloadable from here. Accompanying Tables are here.