Yale University American historian Beverly Gage was sifting through the US National Archives in the summer of 2014, doing research for a book on J. Edgar Hoover, when she came across a letter historians had been searching for for many a decade. Written from the perspective of an imaginary yet disappointed admirer of Martin Luther King, Jr., the missive encouraged the leading civil rights, anti-war, and socialistactivist to kill himself. 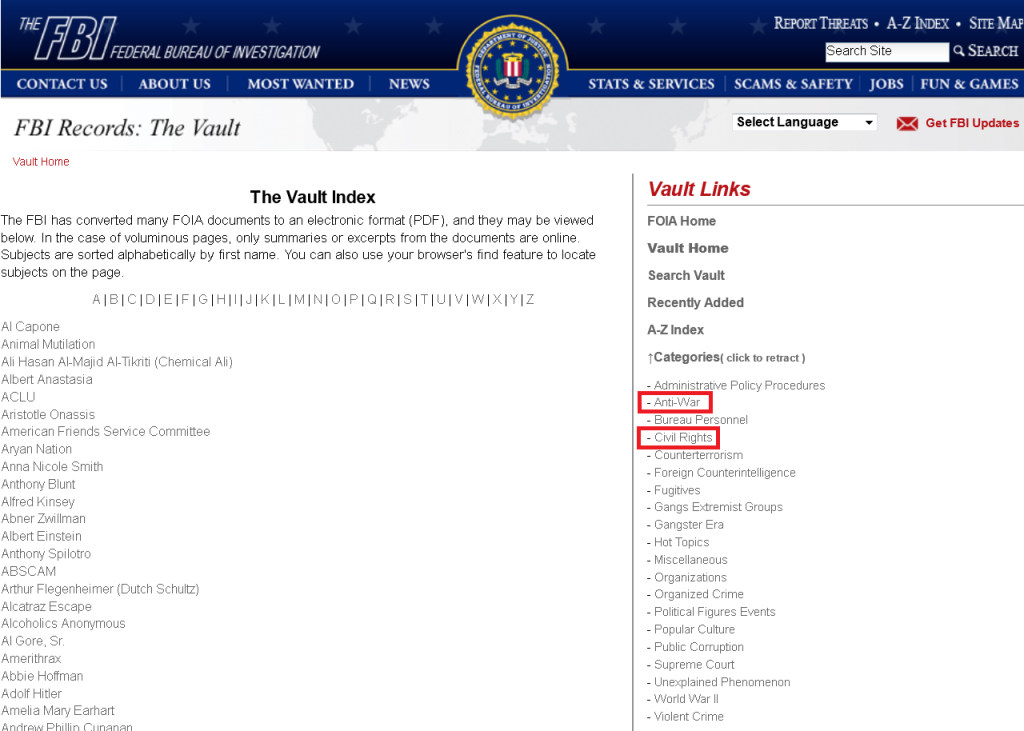 The archive includes at least 423 pages of files on historian Howard Zinn. This is not because the FBI feared the scholar might engage in violent behavior. Zinn was almost a complete pacifist who went so far as to question the use of violence in the “Revolutionary” War, the Civil War, and World War II—the three “holy [as in ‘unquestionable’] wars.”But he was also a civil rights activist. His opposition to war and advocacy for the rights of all human beings, regardless of race, ergo made him a target of the war-loving, white supremacist US government.

With recent revelations about the obscene extent of the NSA surveillanceand police infiltration programs in this country, it has become quite common to hear Americans insisting that the US “is becoming” a totalitarian state.